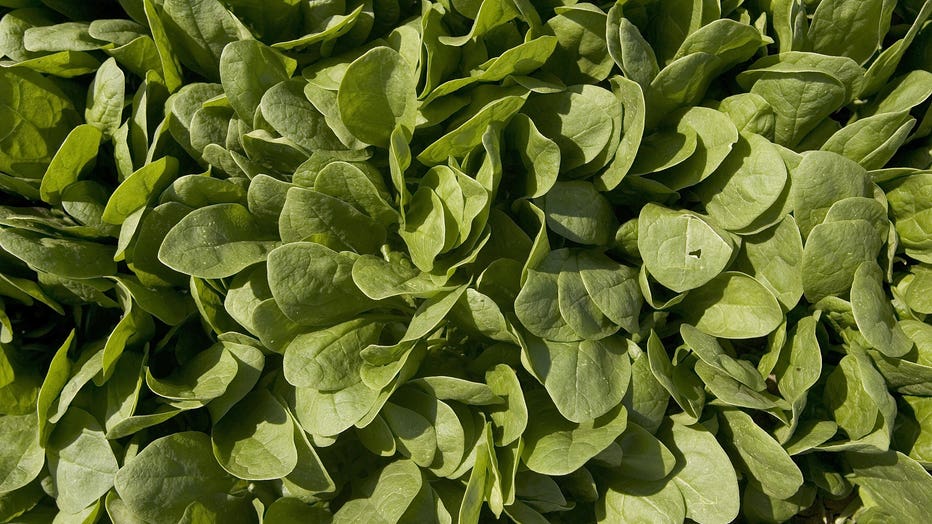 Scientists inMassachusetts have converted a spinach leaf into a tiny, beating human heart muscle in an eerie experiment that might one day help doctors repair damaged organs.

A biomedical research team at Worcester Polytechnic Institute (WPI) swapped the leaf’s plant cells for human ones, effectively transforming the plant veins into a delicate blood vessel network. Their work is set to be published in the May 2017 volume of the science journal Biomaterials.

The scientists said they were inspired by spinach’s naturally occurring vein system. While vastly different in function than human tissue, the vegetable veins have a pattern similar to vascular veins in the human heart. Researchers have long struggled to recreate such delicate details through different tissue-growing techniques, like 3-D printing.

“Without that vascular network, you get a lot of tissue death,” WPI graduate student and study co-author Joshua Gershlak said in a video explaining his research.

When the scientists removed plant cells from the spinach, they were left with a frame made out of cellulose, a “biocompatible” material that’s already been used for medical purposes, like wound healing.

From there, the team added human cells to what remained of the leaf. After enough human tissue flourished on the plant scaffolding, they sent fluids through the human/plant hybrid to prove that blood could flow through a similar system in the future. A video of the experiment shows the spinach heart pumping like a real human organ.

3-D printing and the race to solve the donor crisis

America’s organ donor crisis has inspired scientists and medical researchers to find ways to grow human tissue inside a lab. At any given moment, there are more than 100,000 patients on the national transplant waiting list.  Twenty-two of them die each day.

For years, medical experts have predicted that 3-D printing would solve the donor crisis. Since at least 2013, scientists across the globe have used bio-printers to create tissue — but the resulting tissue has always been too weak and unstable to transplant into a human.

In 2016, scientists at North Carolina’s Wake Forest Institute for Regenerative Medicine developed a printer that could make tissue strong enough to withstand transplantation. The team  created two human-sized ears that they implanted on mice. Two months after the transplant, the ears had retained their shape and had even begun developing cartilage and blood vessels — telltale signs the new organs were thriving.

But ears are less complex than hearts, and scientists have not yet been able to recreate their delicate vascular structure with a lab printer.

The team at WPI hopes that one day, human tissue built out of spinach leaves could be implanted into patients with damaged hearts, restoring blood flow to areas of the organ that have been ravaged by disease, trauma, or infection. The plant-made tissue would be a sort of patch surgically implanted onto a patient’s heart.

But don’t expect a vegetable transplant any time soon. The process needs more study before researchers can determine whether plant tissue can be successfully implanted in humans; human treatments based on the development are years away, study co-author Glenn Gaudette said.

“We have a lot more work to do, but so far this is very promising,” he said. “To be able to just take something as simple as a spinach leaf, which is an abundant plant, and actually turn that into a tissue that has the potential for blood to flow through it, is really very, very exciting, and we hope it's going to be a significant advancement in the field."

And spinach may not be the only vegetable that could one day fix damaged human organs. If a plant has a similar enough structure to a human organ, it too, could one day be used as a framework to support human tissue.

“Broccoli and cauliflower for example that have a three-dimensional structure similar to lungs,” Gaudette said.