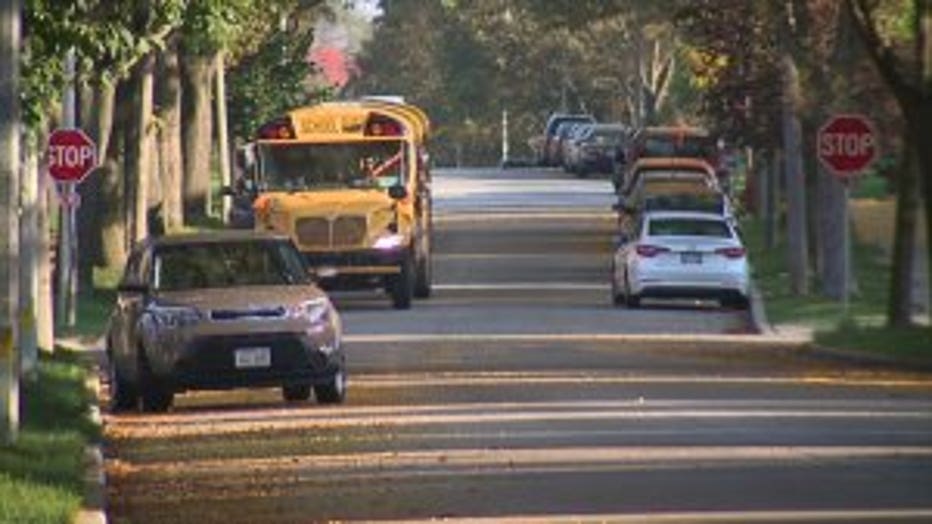 MILWAUKEE -- Your tax dollars pay for school buses that transport thousands of children in southeast Wisconsin every week. Most parents assume those buses are safe. But what are the chances your child is getting on a bus with a history of safety issues?

CLICK HERE to view FOX6's searchable database of southeast Wisconsin school buses to find out how your child's bus did on its 2017 school bus inspection. 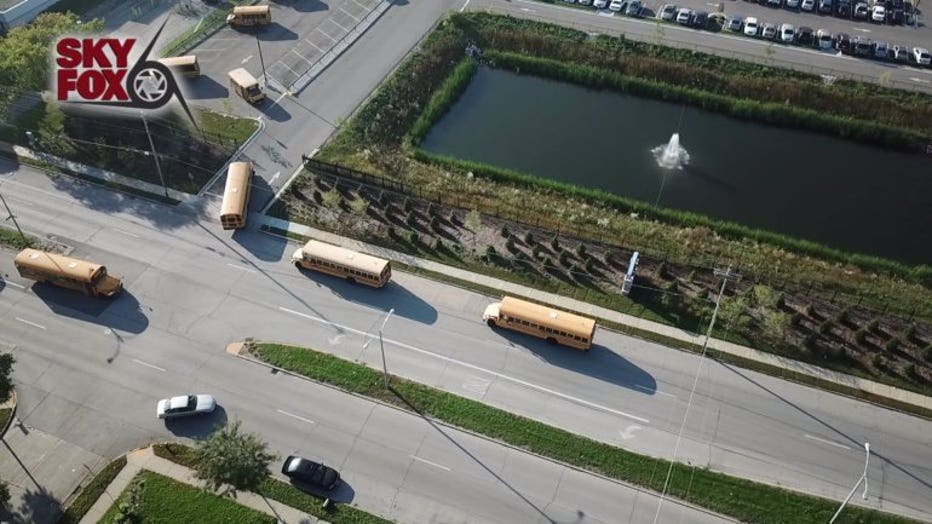 "If I'm handing my child over to someone else in a big bus and a big vehicle, I want to make sure that he is safe as well as everybody else," Milwaukee mom Lisa Lollis said as she helped her 5th grade son, Rudy, get ready for school.

"I can't think of anything more important than protecting the children that are riding these buses," Wisconsin State Patrol Sgt. Bradley Ocain said.

School bus inspections: How they work 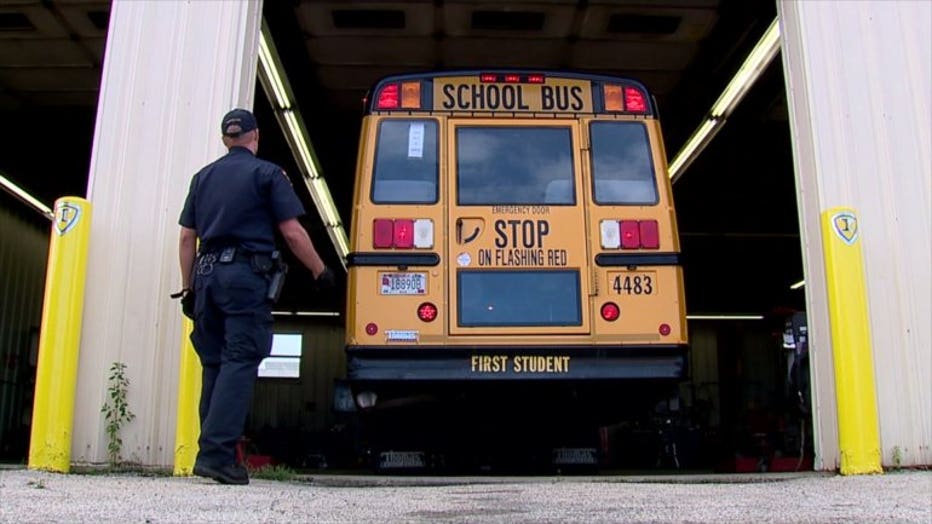 State Patrol also performs additional surprise "spot checks" on school buses. Each bus gets an annual inspection; not every bus gets a spot check. 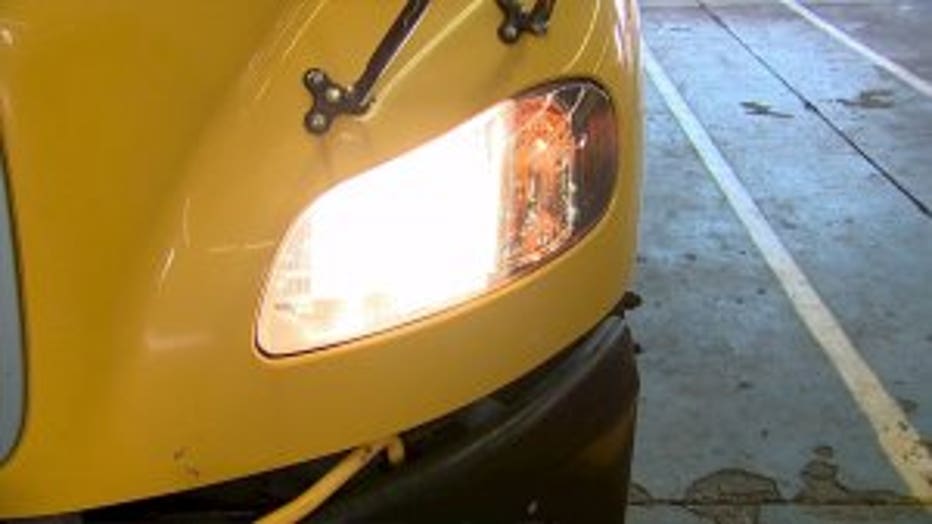 Even on the scheduled annual inspections, which Sgt. Ocain admits should theoretically be perfect, inspectors expect to find occasional minor violations.

FOX6 Investigators found those serious violations in State Patrol inspections from 2016, 2017, and the first half of 2018 in Southeast Wisconsin. 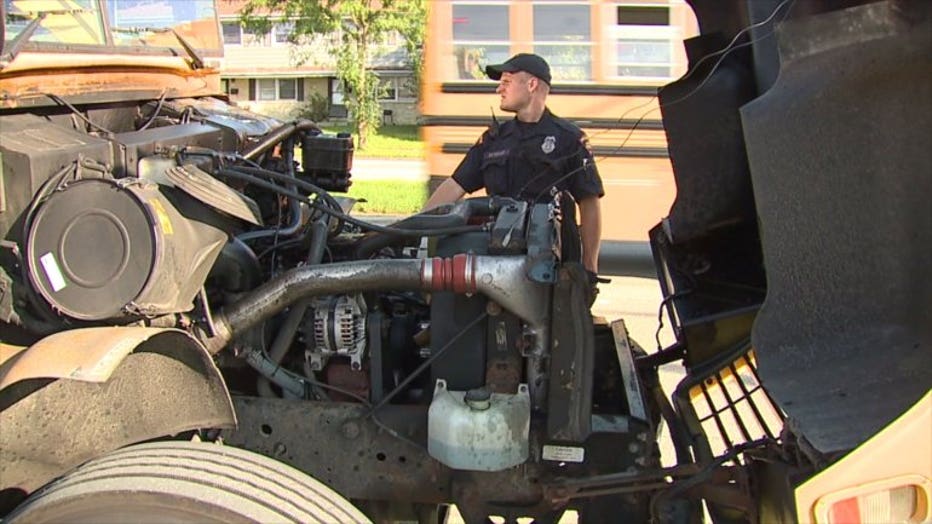 Inspections show defective brake systems, tire problems, steering issues, malfunctioning stop arms and crossing gates, and emergency exits that were not working. One bus even had a hole in the floor that was allowing exhaust to enter. 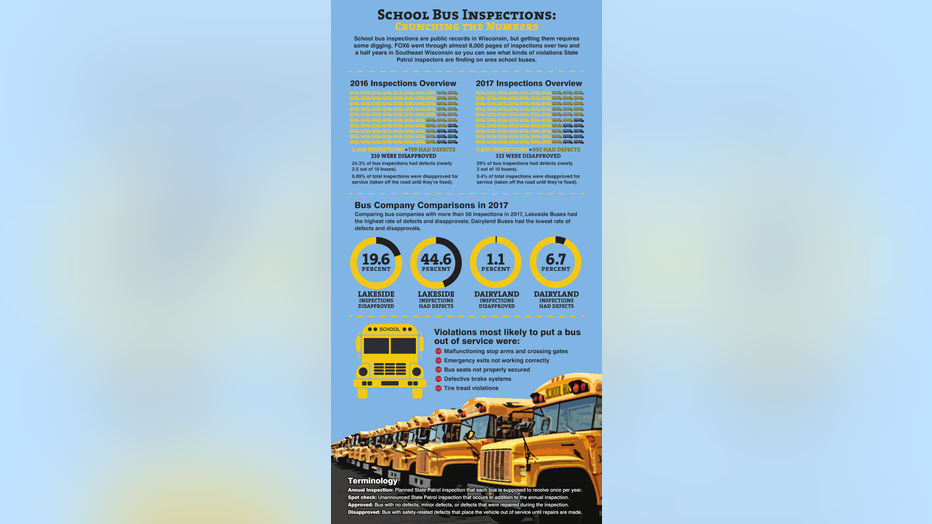 "I don't think it's necessarily that they're getting worse," Sgt. Ocain said. "You know, a bus starts out brand new, you're not going to typically see a lot of violations. As it ages, problems can pop up at any time. It is possible that maybe maintenance isn't being done."

No one from Lakeside Buses would go on camera to answer the FOX6 Investigators' questions. The annual report Lakeside files with the Wisconsin Department of Financial Institutions lists New Jersey addresses for company directors and officers. Eventually, an outside public relations firm sent the FOX6 Investigators a statement:

We currently operate more than 450 buses in the Milwaukee area and strive to continuously improve our service and safety. As part of our ongoing fleet replacement program, we have replaced half our fleet in the past four years, which represents an investment of $17 million in new vehicles with state-of-the-art safety technology. We continue to retire more of our older buses each year. In addition, last December, we opened a new terminal in Milwaukee with an upgraded maintenance shop.

Vehicle Inspections are a critical part of what we do and making sure each bus is checked and double-checked is part of our promise to the community. Each vehicle receives a thorough 72-point inspection by our driver each day and is inspected again every 75 days by our ASE Certified Technicians. When an issue is identified, the maintenance team corrects it, or the vehicle is taken out of service.

Operating a school bus fleet in an urban environment presents a number of maintenance challenges not present in rural and suburban areas so your look at inspection records across the state does not represent a true apples-to-apples comparison. The majority of issues cited in the state inspections, however, were not safety related. Safety is, and always will be, our first priority.

While Lakeside's statement says the majority of issues cited in state inspections were not safety-related, State Patrol inspectors say all buses disapproved for service have safety violations. FOX6 Investigators asked Lakeside about that and pointed out that its report compared bus companies that served the same region of Wisconsin, often serving the same school districts. Lakeside's spokesperson refused to answer questions.

How safe are school buses? 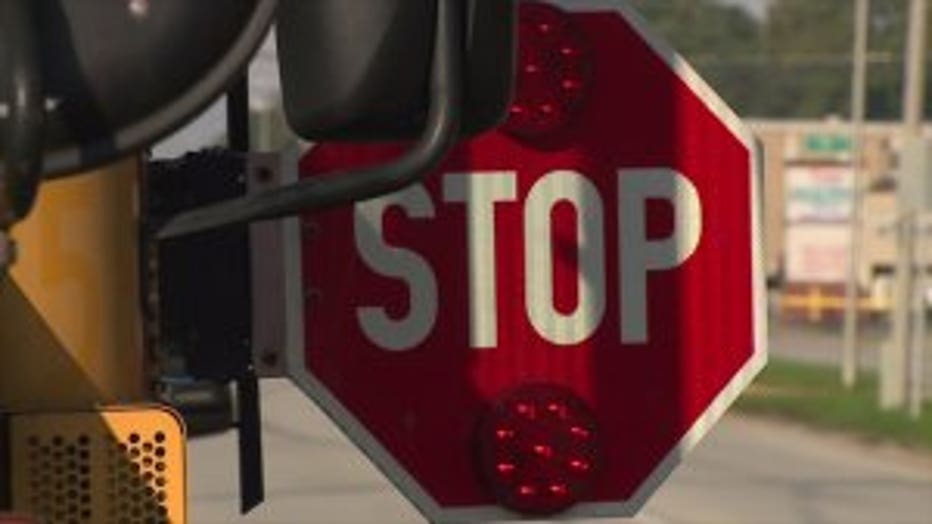 State Patrol inspectors say bus violations should be taken seriously, but parents should also know that most school buses pass inspection, they are regulated far more heavily than other vehicles on the road, and the vehicles are constructed with safety in mind.

"The buses are designed to take high impacts," Sgt. Ocain said. "In the event of a rollover, the buses are designed not to crush.  And even just the seating arrangements, they compartmentalize the children so if a bus is struck from behind and kids are jolted in the seat, it’s going to cushion them in their seating position."

"Everybody's concerned about their children getting on a bus," Sgt. Ocain added. "Ideally though, they are the safest forms of transportation." 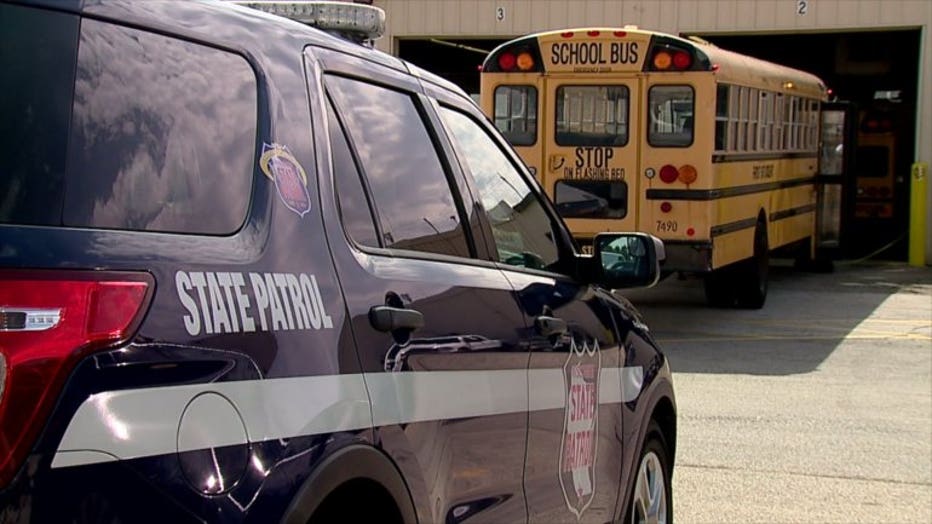