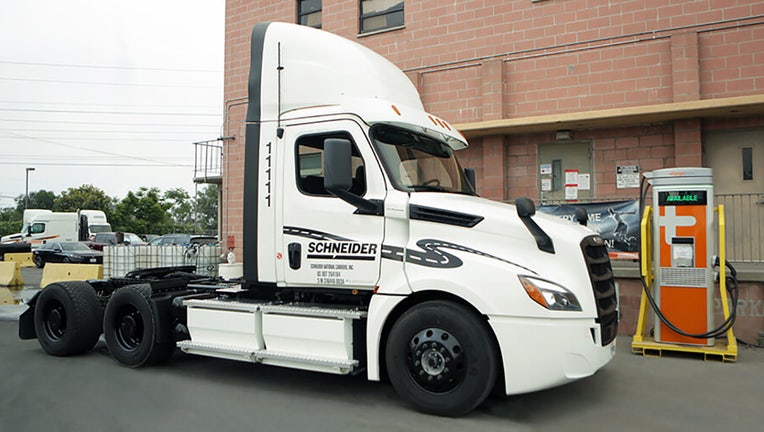 A news release says beginning in 2022, Schneider will add 50 Freightliner eCascadias — the truck manufacturer’s first commercial Class 8 battery-electric truck— to its southern California operations. The move makes the organization one of the largest battery-electric truck fleets in North America.

"Schneider’s sustainability initiatives got a big boost when we were selected to participate in the state of California’s Joint Electric Truck Scaling Initiative. The scaling of zero-emission vehicles is a key component of our goal to reduce carbon emissions by 7.5% per mile by 2025 and by 60% per mile by 2035."

Schneider is based in Green Bay.

A three-judge panel of federal judges has granted the Republican-controlled Wisconsin Legislature's request to intervene in a redistricting lawsuit brought by Democrats.