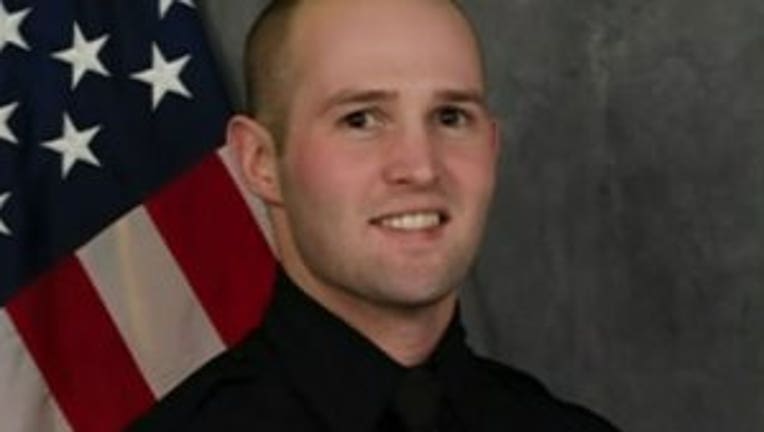 ROCKFORD, Ill. -- Authorities say officers responding to a colleague's call for backup during an early-morning traffic stop found him mortally injured and a civilian dead in a crashed car nearby.

Rockford police Chief Dan O'Shea said at a news conference that the 30-year-old officer, Jaimie Cox, was taken to a hospital, where he died. O'Shea says the civilian was found dead in a crashed car two blocks from where the traffic stop happened at around 1 a.m. Sunday, but he didn't identify the person or say whether the car was the one that Cox had stopped.

O'Shea says investigators believe there was shooting involved, but he didn't say what caused the deaths or whether Cox or the other person had been shot.