MILWAUKEE (WITI)- A Milwaukee chiropractor claims to have cracked the code into an untapped part of the human brain. He's developed a technique that he says will shift the course of humanity. All you need is a desire to believe. And a lot of money.

The "Higher Brain Living" program is being sold across the country as a lucrative business opportunity. Now, Milwaukee police and the Better Business Bureau are investigating. And FOX6's hidden cameras captured a sales demonstration so off the wall, it might take your breath away.

If you attend one of Cotton's free seminars, you'll see a demonstration that might appear to be something out of the Exorcist. It might sound like you're visiting Amsterdam's red light district. By gently touching trigger points on the body in a specific sequence, Michael Cotton claims you can send a surge of energy into an untapped part of the prefrontal cortex - what he calls your "higher brain." The part of the brain he says allows us to experience joy.

During a live demonstration on a hand-picked volunteer, Cotton lightly touches specific spots on the body -- the back, behind the knees, right around the tailbone -- and his subject begins to breathe deeply. Soon, her hips thrust upwards. Her shoulders rotate. Her arms flail to the side. The breaths gain intensity. The thrusting becomes more pronounced. She is moaning to the point that an audience member declares, "it looks orgasmic!" Another calls out, "I'll have what she's having."

Cotton insists the heavy breathing and body movements are automatic. He calls it "solutogenesis." And he says you can experience the same thing -- for a price. About $2,000 for 22 sessions.

Cotton is a Milwaukee-area chiropractor who unabashedly describes himself as a "leading revolutionary theorist," and says he developed this special technique through years of personal research.

"I started testing it on family and friends and clients," Cotton said, in a sit-down interview with FOX6 News.

The technique is the centerpiece of a 22-step self-development program that Cotton compares to "Reiki, Matrix Energetics, life coaching and Quantum Touch." 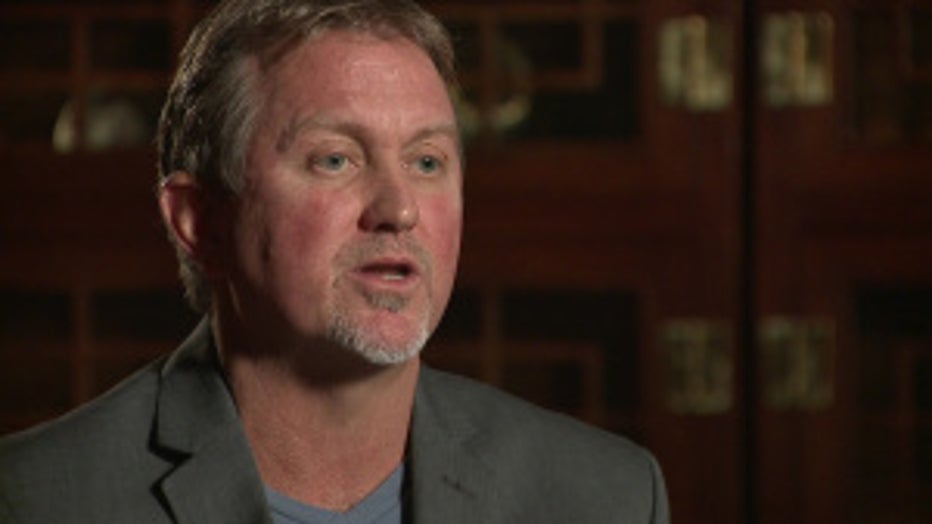 "It's like a light touch," he explained. "And the spontaneous response happens from the body's own internal wisdom."

He markets the program through online videos, social media and seminars. And over the past three years, he's licensed a handful of Higher Brain Living franchises, called "Awaken" centers.

The centers are operated by so-called "facilitators"-- people who've paid up to $14,000 to attend one of Cotton's annual training programs, so they can learn to perform the technique on others.

"My husband and I were both looking for something to do together to help people," said Andrea Louis-Visser, a client of Higher Brain Living who paid $9,995 to become a facilitator herself. She never completed the training.

"I want to be able to do this for other people," said Ann Sturdevant, a Higher Brain Learning "advanced facilitator" who is also a massage therapist.

"I thought this was a movement of people that were on a course to change the course of humanity," said a woman who asked that we identify her as "Ursula," another facilitator who paid for training.

They are among a handful of customers and investors in Higher Brain Living who are now filing complaints with the Better Business Bureau.

"When we see this amount of investment or this amount of money that's being asked as a refund, we get concerned," said Ran Hoth, president of the Better Business Bureau of Wisconsin.

"It's not just me," Sturdevant said. "There are other people that feel the same way." 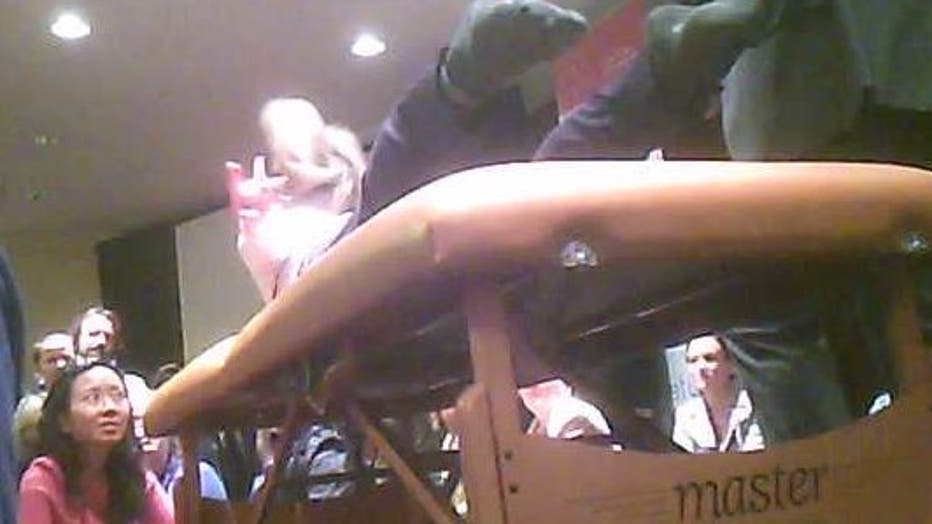 Micheal Cotton conducts a demonstration on a pre-selected volunteer during his seminar in New York City on October 20, 2014. After a series of gentle touches, his subject begins to breathe heavily, gyrate and moan in what Cotton calls an "automated b

Cotton says these are the first complaints he's received since starting Higher Brain Living in 2011. He provided FOX6 with the testimonials of happy customers from coast to coast. According to the document provided, they are educated professionals who call Cotton "brilliant" and Higher Brain Living a "sacred movement."

In October, the FOX6 Investigators sent producers with hidden cameras into a Higher Brain Living seminar in New York City. There, he told an audience of more than 100 people at the free seminar that they had to act fast to get in on this money-making venture.

"It is only available now through Wednesday," Cotton warned the crowd.

The BBB says that is a red flag.

"The faster someone wants to push you into making a decision, the slower you want to go," Hoth said.

Cotton says there's nothing high-pressure about his presentations. And while his method may look strange, he insists it is grounded in science. He names specific researchers in his presentations, including Professor Richard Davidson at the University of Wisconsin.

"One of the most preeminent brain researchers in the world," Cotton said of Professor Davidson.

Professor Davidson, who is known for his research on the brain waves of monks in Tibet, also came up during a presentation in Milwaukee's Third Ward.

"And this is when the brain specialist said they have only seen those from those monks, meditating for 30 years.," said a Higher Brain Living facilitator giving the presentation.

Through a spokesperson, Professor Davidson tells FOX6 News he has never done any testing on participants of Higher Brain Living. He believes the use of his name is unethical.

"The facilitator may have been confused about how they said that," Cotton explained. "I have never taught that "

Cotton says other researchers have done brain scans showing his technique lights up the prefrontal cortex. But he acknowledges that no one has conducted a formal research study.

"No -- we do not have studies yet in peer-reviewed journals, but we are preparing for publication. It's finding the right journals that is the challenge," Cotton said.

"I did not get what I paid for in training."

The clients and facilitators who filed complaints with the BBB say they don't have a problem with the technique itself.

One woman, who asked that we disguise her face and call her "Ursula," swears by it.

'"Yeah, I do believe in it. Definitely," Ursula said.

Her complaint is that the company's supposedly lucrative business model is a myth.

"There was the possibility of, you know, having a six-figure income," she said.

According to a document obtained by the FOX6 Investigators, new recruits were given a series of "profit projections" ranging from  $118, 000 per year up to $378,000. But Cotton tells FOX6 those are just goals, not a guarantee.

"I did not get what I paid for in training," Sturdevant said.

"We paid a lot of money for this training and many of us feel like we are having a hard time getting clients," Ursula said.

Ursula invested $7,000 up front, plus hundreds more for mandatory guidebooks and a marketing plan.

FOX6's Bryan Polcyn: "How long have you been a facilitator?"

Polcyn: "How many clients have you had?"

"I'm not surprised by that at all," Cotton said.

In fact, he says a lot of people pay to learn a skill, like massage therapy -- or spend thousands on law school, but that's no guarantee of success.

"The issue is truth in advertising," Hoth said.

Cotton refers to himself as "Dr. Michael Cotton," even though his license to practice in Wisconsin is expired. He says the title of "doctor" is still accurate, since he holds a doctorate of chiropractic degree.

Cotton also says the recent spate of complaints to the BBB were orchestrated by a single, disgruntled former employee in Arizona. To counter the complaints, he provided FOX6 News with a PDF containing glowing testimonials from five individuals in various states around the country.

As for the people Cotton uses in his live demonstrations, they are not random audience volunteers. They are either existing clients of Higher Brain Living or facilitators with a financial stake in the success of the business.

Cotton says he does not use audience volunteers because the automated breath response doesn't always show up until a person is several sessions into the program.