A proposal to curb reckless driving in Milwaukee is running into roadblocks, both from the coronavirus and a general lack of funding.

MILWAUKEE - More funding for driver education -- that's what Milwaukee's Task Force on Reckless Driving recommended in June, but city leaders do not appear to be taking that advice.

A FOX6 investigation finds more than 40,000 driving age teens in Milwaukee County do not have a license. A program that aims to change that is being hampered by both the COVID-19 pandemic and funding limitations. 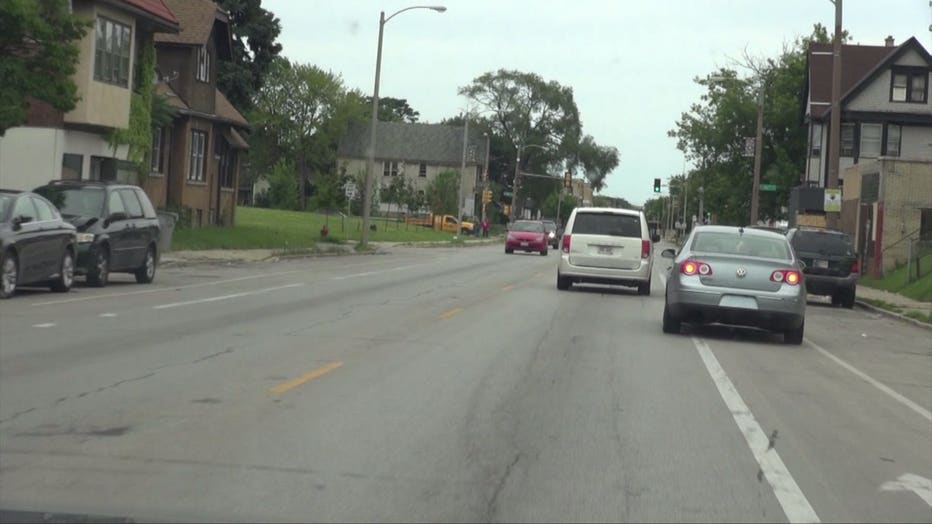 On the basketball courts at McGovern Park, 18-year-old Eric Kovac Wels drives to the basket for a lay-up. He can also drive himself home because Kovac Wels says he has a valid Wisconsin driver's license. He is aware that many young drivers in Milwaukee's urban core do not.

"Some people just want to get out there," Wels said. "They don't want to learn first."

"Everybody should sit down, practice that book," said Giovanni Singleton. "Study that book. Learn that book."

Singleton is talking about the Wisconsin Motorists Handbook, a guide with the Badger State's rules of the road, but there is one term the handbook does not teach that many young Milwaukee drivers are learning from their peers. It's a maneuver known as baselining.

"The lane you're not supposed to be in!" said Martiez Shields.

"Everybody wants to baseline," said Singleton.

"Maybe our folks should create a glossary," said Damien Smith, a youth mentor for Safe & Sound. 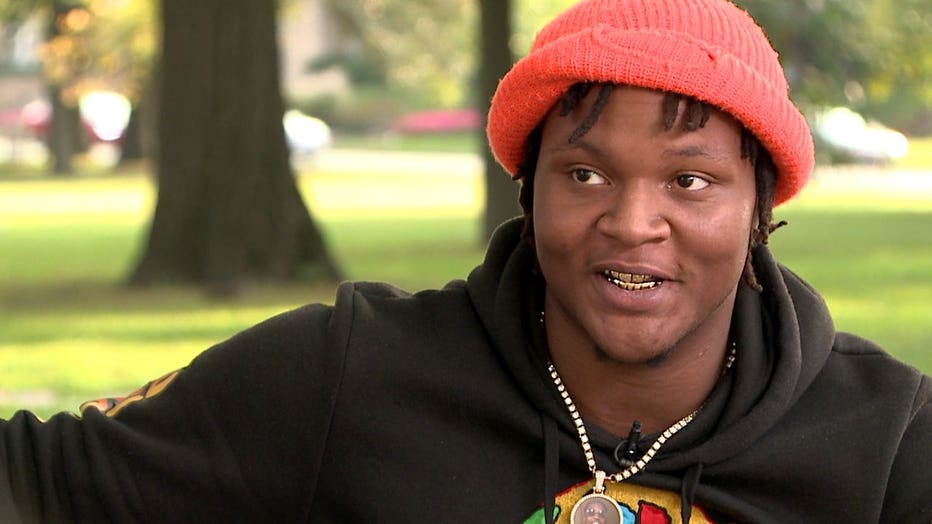 "It's stupidity," said O'Cean McCoy, a 19-year-old Milwaukee driver whose life has been touched more than once by reckless driving. In 2017, his brother, Antoine Jones, was killed as the passenger in a stolen car that struck a tree while the driver was fleeing from police. 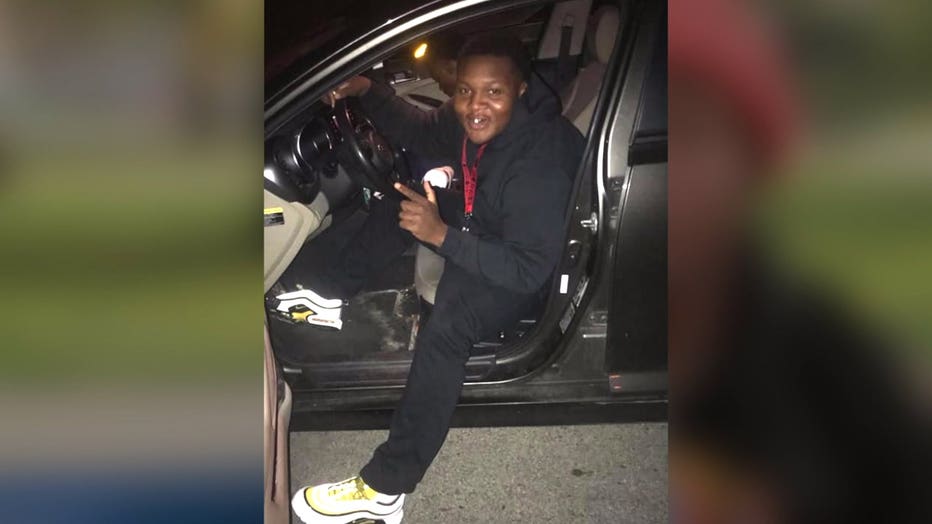 "It was hard because, it was just like, there were three of us, and we were tight," McCoy said.

Not long after that, McCoy was involved in a serious crash with a hit-and-run driver.

At age 19, McCoy has a driver's license but said no one is talking to his peers about why so many of them do not.

"Maybe they don't have nobody to put them in driver's ed," McCoy said. "Or nobody to teach them how to drive." 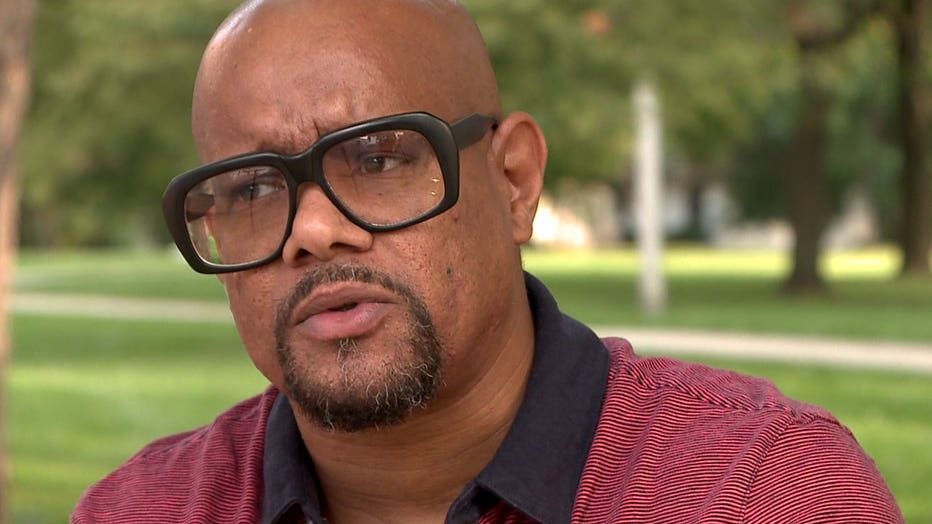 "It is getting worse," said Smith. "Let's educate people earlier. Let's start earlier about driver safety, about the rules of the road, about the dos and the don'ts."

Data from the Wisconsin Department of Transportation and the U.S. Census Bureau reveal that for every 10 driving age teens in Wisconsin (age 15-19), five have a driver's license (50%). In Waukesha County, it's between six and seven out of 10 (65%), but in Milwaukee County, it's just three in 10 (30%). 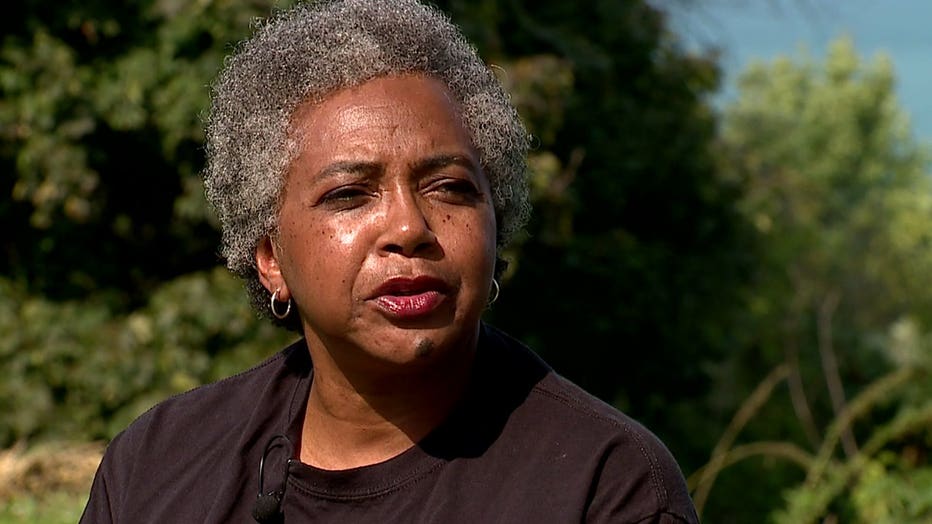 "We've just created all these hurdles for people to get a driver's license," said Celia Jackson. She's with the Coalition for Safe Driving MKE, which is calling for an increase in access to driver education programs for those who are in financial need.

"We just created all these hurdles to get a driver's license," Jackson said.

Twenty years ago, driver education was part of the daily curriculum at Milwaukee Public Schools, budget cuts at MPS in 2000 took driver's ed out of most schools, and a decision to end state subsidies for driver's ed programs in 2003 assured it would not return. Instead, driver education, which is mandatory for those under 18 who want to get a license, was driven into the private sector, where the cost is out of reach for some.

"I had to pay $300 to do the course," said another basketball player at McGovern Park. "A lot of people don't want to give up the money just so they can go out and drive." 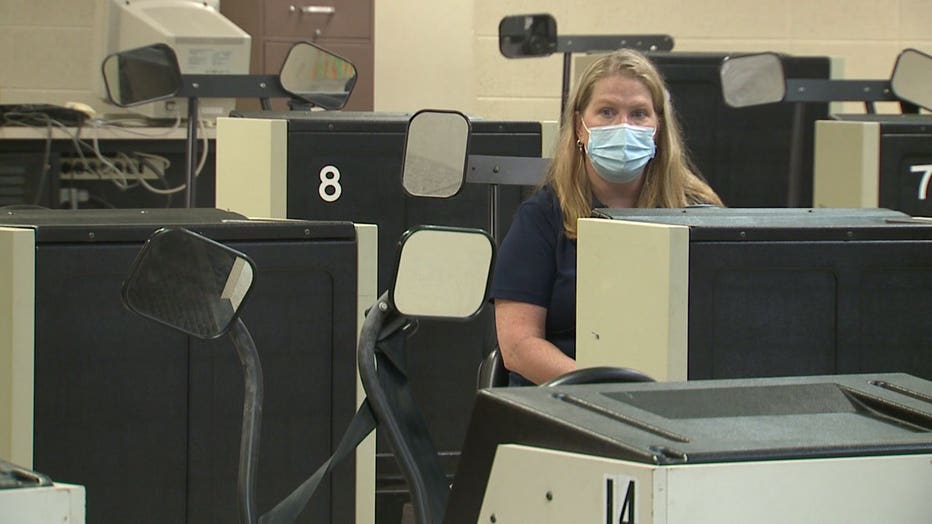 Jodie Donabar is trying to fill the gap. She is the supervisor of MPS Drive, an after-school driver education program offered by Milwaukee Recreation, an independent division of Milwaukee Public Schools.

"I want all students to graduate with a diploma in one hand and a driver's license in the other," Donabar said. "It's a sense of self-esteem and confidence boost that some of these kids really need."

MPS Drive delivers classroom instruction three days a week after regular school hours at several MPS buildings. It contracts out behind-the-wheel sessions to Arcade Drivers School, and MPS students age 15-1/2 to 17-1/2 get all of it for free. All they have to pay is a $35 fee for the temporary instructional permit. The trouble is, the demand is high and space is limited.

"It usually fills up within hours," Donabar said. 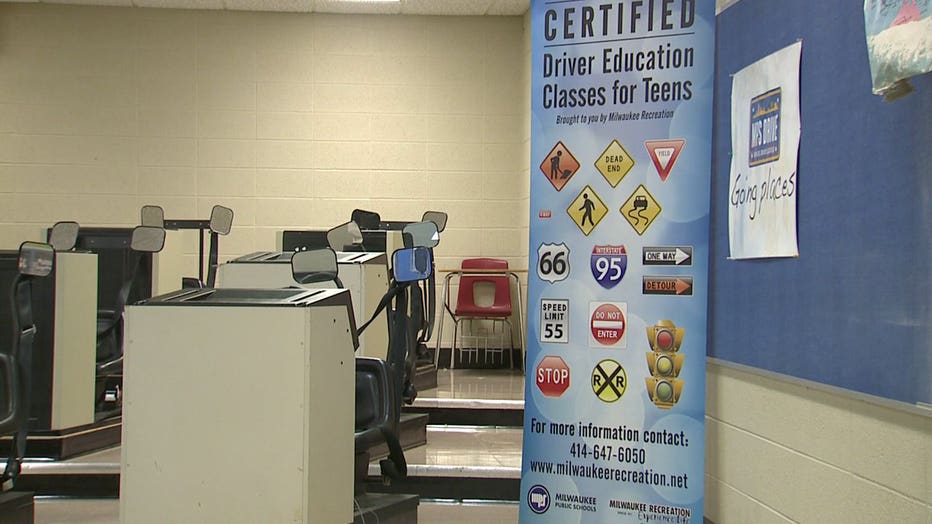 COVID-19 has only made it harder for students to get into the class. Before the pandemic, MPS Drive could fit 25 students into each classroom. Now, they are limited to nine each.

"Our hope is, by spring, we'll be able to increase that," Donabar said.

Since MPS Drive launched as a pilot project in the spring of 2016, it has served more than 6,000 students. More than half have gone on to get a probationary license, including Cierra Taylor.

"It was important to me because I can do a little more now," Donabar said. "I can get place to place without asking, like, without having to get driven there. I can just go ahead."

"Yeah, which proves it's working," said Donabar. "We just need to reach more." 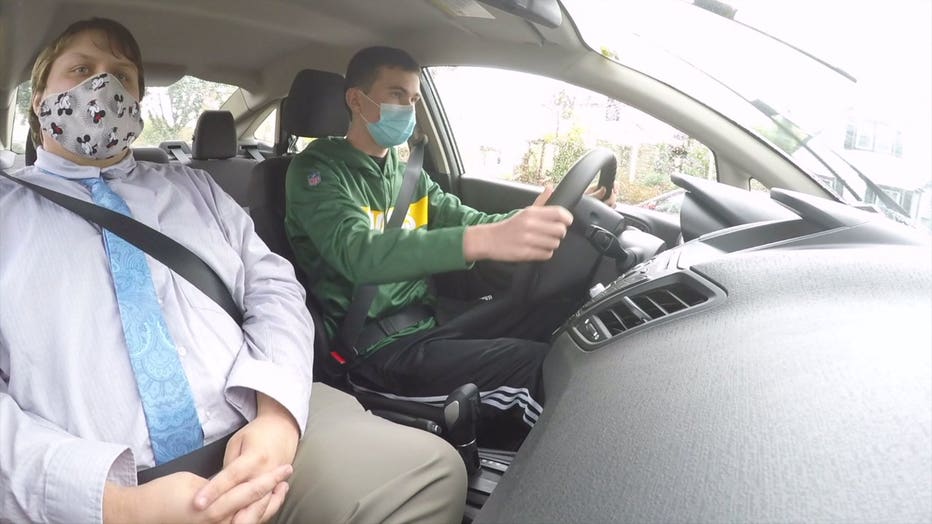 While more than 28,000 students have passed through MPS the past four years, MPS Drive has helped 3,600 to get a license.

"That's a drop in the bucket," Jackson said. "You're looking at a few thousand kids over several years who've had a chance to have access to that where there are many more that are eligible."

"There's only so much funding we have," Donabar said.

"We can get back to a point where your driver's license means something," said Joy Hammond, assistant district attorney and member of Milwaukee's Reckless Driving Task Force.

In June, the task force recommended Milwaukee increase funding for driver education. However, the city's proposed 2021 budget includes no increase in funding at all. It's the same $50,000 the city gave to MPS Drive in 2019 and 2020.

"You can't reach everyone," Donabar said. 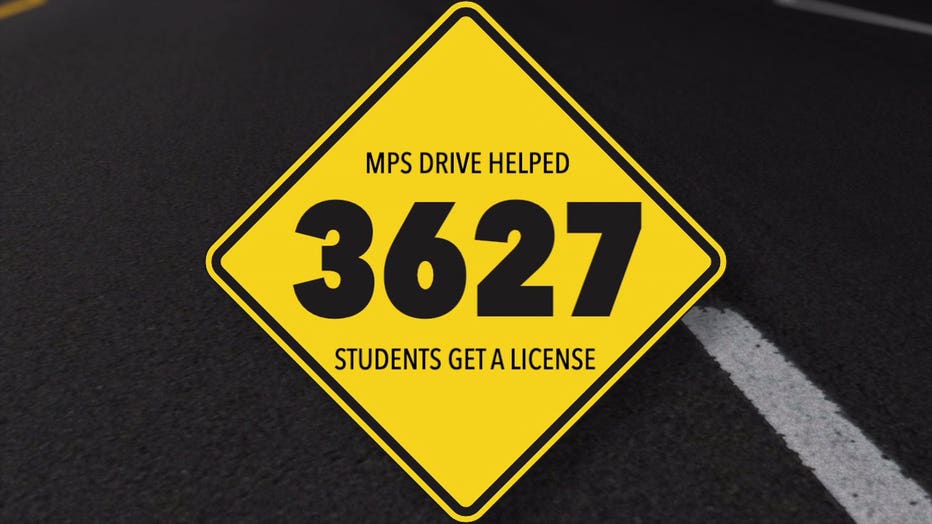 That means thousands of Milwaukee teens may not be able to afford proper driving instruction, but it doesn't mean they won't drive anyway.

"There's a reason they're getting behind the wheel, killing people," McCoy said.

If history is a guide, Milwaukee streets could make for a dangerous classroom.

Before the pandemic, Donabar said MPS Drive was serving well over 2,000 students each year. This fall, they are limited to 189 students spread across 21 classroom sessions. Their next open sessions will take place over the winter. Milwaukee Recreation has not yet announced when registration will open, but they expect slots to fill up within hours once again.

The state of Wisconsin orders a Waukesha in-home child care provider to shut down for having too many children without a license. But parents who used her services say that's not their only concern.