BYROMVILLE, Ga. — Rail cars tumbled from an overpass onto a Georgia highway on Saturday, causing an evacuation and traffic headaches in a small town but resulting in no injuries.

CSX Railroad said 30 cars derailed. That included some that fell from the overpass onto Highway 90 at Byromville, roughly 55 miles south of Macon.

Resident Stephanie Chapman said she was on a deer stand more than a mile from town when it happened. 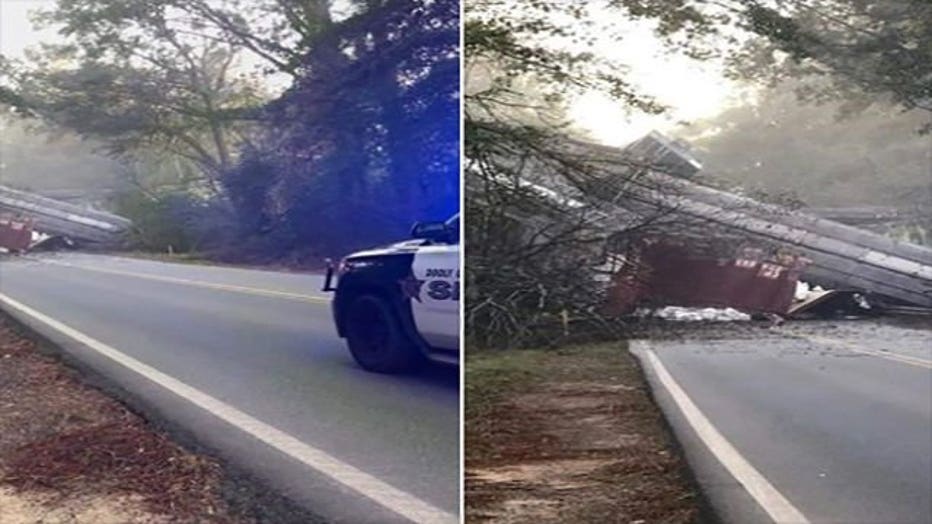 It happened around 7 a.m. Saturday in the town with a population of about 500.

In an emailed news release, CSX said four of the cars held petroleum liquefied gas. No leaks were reported, but officials were monitoring air quality.

Byromville fire chief Brett Walls told WMAZ-TV there was an early call for an evacuation within a mile of the site. 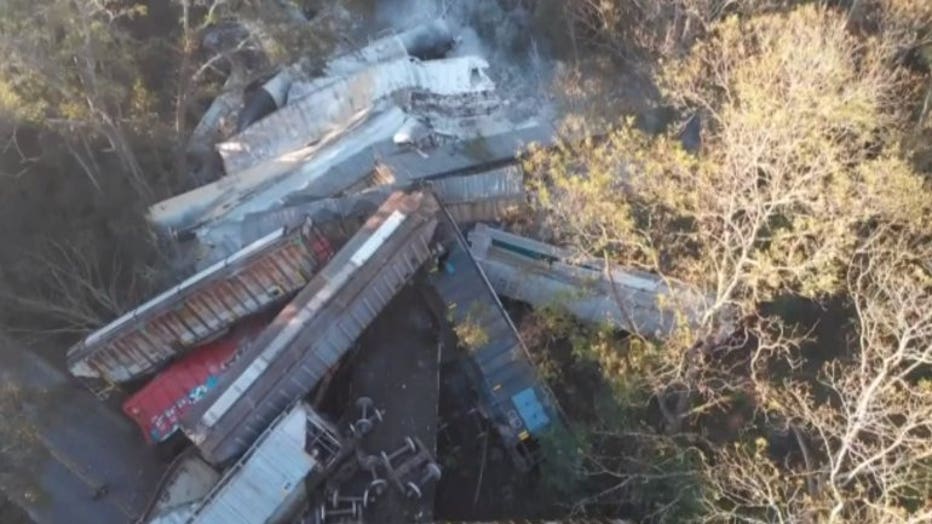 Chapman said that, initially, an evacuation was called for much of the town but the perimeter was soon reduced. She was allowed to go to her office roughly 300 yards from the site by midday while efforts continued to clear the jumble of cars from Highway 90.

"Crews are working to re-rail the cars without damage and remove the derailed railcars with damage from the area as quickly and safely as possible," the CSX statement said.