RACINE (WITI) -- A Racine woman has been charged after allegedly striking her estranged husband's SUV with her vehicle while their one-year-old child was in the backseat of her vehicle. 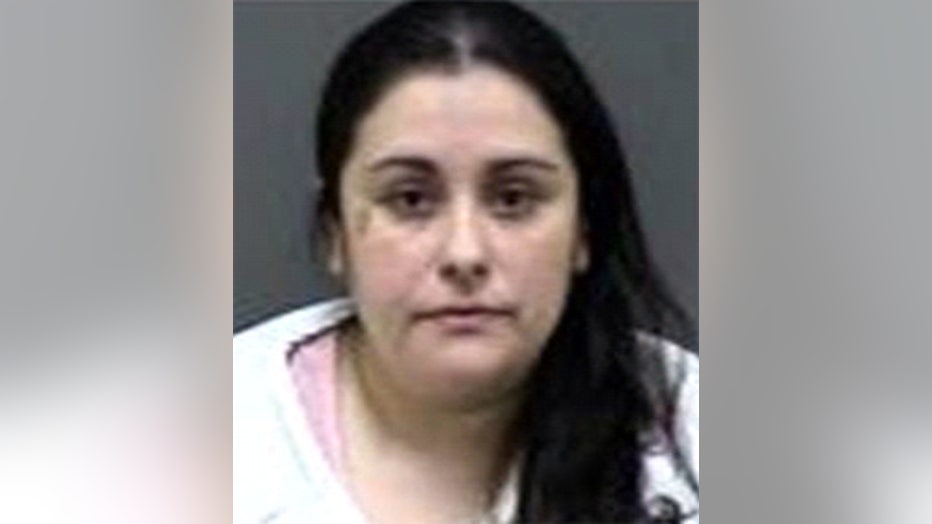 A criminal complaint in the case says on February 16th, officers were dispatched to the area of 16th Street and Hayes Avenue in the city of Racine for a motor vehicle accident. A third party called the crash in, saying two vehicles were involved, and that the drivers of each vehicle were arguing with one another.

The Explorer was located on the sidewalk, and the Cruze was positioned near the northwest corner of the intersection.

The complaint says an officer observed damage to the driver's side door of the Explorer, as well as a license plate of the striking vehicle at the scene.

The complaint says Edward Murillo told officials he was at a friend's house, and as he was walking to his vehicle, he was approached by his estranged wife -- whom he says demanded to talk about their relationship. The complaint says Edward Murillo said he didn't wish to speak with Rachael, and got into his vehicle and left -- with Rachael following him.

The complaint says Edward told officials that because Rachael was belligerent and confrontational, he re-entered his vehicle and sat in the driver's seat. That's when Edward says Rachael walked up to his vehicle, pulled the driver's side window down and grabbed him through the window -- ripping his shirt.

The complaint says that's when Edward left the area, with Rachael still following him.

Edward told officials he was at a stop sign near 16th Street when Rachael rear-ended him, according to the complaint. Edward continued westbound on 16th Street and Rachael continued to follow.

The second collision occurred near 16th and Hayes. An officer reported it was apparent that Rachael struck the rear driver's side door of Edward's Explorer and the Explorer spun onto the northwest curb of 16th and Hayes, according to the complaint.

The complaint says there were four feet of skid marks on the roadway.

The complaint makes mention to the fact that at the time of the incident, Rachael Murillo had her one-year-old child in a car seat in the back of her vehicle.

The complaint says Rachael Murillo admitted to hitting Edward's vehicle with hers -- saying she "just lost it."