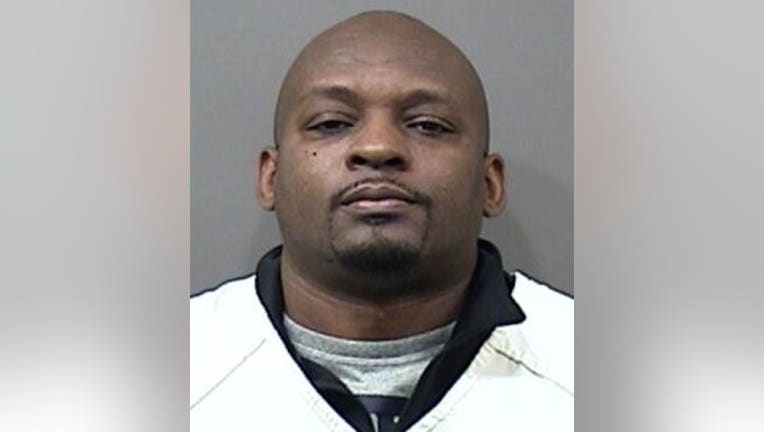 RACINE -- A Racine police officer has been charged with misconduct in public office, battery and disorderly conduct related to an incident that unfolded at Washington Park High School on November 20, 2015. The accused is Brinelle Nabors.

According to the criminal complaint, Nabors was working at Park High School in an off-duty capacity on that date. He and another officer were notified that a then-14-year-old "student had 'lean' (a mixture of drugs and juice) or alcohol in a bottle and they approached the student." Nabors in the complaint said the teen was "resistive," he was "decentralized to the ground," and "eventually placed in handcuffs and escorted out of the cafeteria."

The complaint indicates Nabors submitted an official police report to the Racine Police Department about this incident -- and indicated the teen was arrested for a variety of offenses.

The incident was later investigated by the Wisconsin Department of Justice. During that process, a special agent interviewed another officer who had been at Park High School on November 20, 2015. That officer stated "he saw Officer Nabors use his right hand to punch the student one time with a closed fist to the right side of the student's face. (The officer) reported that the student's knees buckled underneath him, at which point Officer Nabors used his left arm to hold the student up and guided him into the locker."

The teen involved in this case gave a deposition on this case in June 2017. He denied threatening Nabors "and stated he kept asking the officers to pull his pants up." The teen also mentioned he had "injuries to his jaw, the back of his head, his chin, back, neck, and left ear as a result of the incident." The teen said he received medical treatment for those injuries later on the evening of November 20.

The complaint says as of October 2017, the teen reported "he still was experiencing effects from this incident."

Nabors entered a not guilty plea to the charges against him on Wednesday, May 23. He is due back in court on June 8.