RACINE (WITI) -- 43-year-old Sarkis "Sam" Asdigian of Racine is now accused in connection with an abuse case involving a 23-year-old man with Autism.

Asdigian is the boyfriend of the daughter of 51-year-old Teri Allen, who is accused of locking her own at-risk son in the basement of their home, forcing him to use a bucket to relieve himself, and feeding him through a hole in a wall. 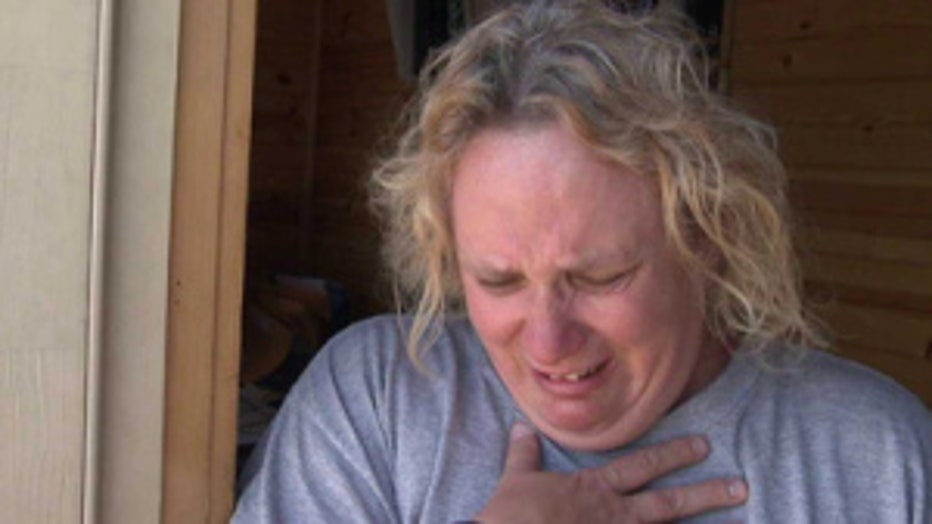 Allen faces a single felony charge of “intentionally subject an individual at risk to abuse, likely to cause bodily harm.”

Asdigian faces a similar charge of "intentionally subject an individual at risk to abuse -- likely to cause bodily harm -- party to a crime."

The criminal complaint filed in the case indicates that on June 4th, Racine police officers were dispatched to the home of the accused for a welfare check on Allen’s son.

The complaint says the welfare check was requested by Teri Allen’s mother. She indicated the son “had been locked in a basement at his home and shocked with a dog collar.”

Officers investigating the case noted that Allen needed a set of keys to open the basement door where the son was being kept. When the officer asked why Allen needed keys, the complaint says, “she nonchalantly replied, ‘because he’s locked in the basement.’”

FOX6 News spoke with Allen on Friday, July 12th but declined to go on camera. She says she's really not a bad person -- and loves her son very much.

"There were times I just couldn't deal with him and we would just put him in his room just to calm down," said Allen.

The complaint indicates the son “was sometimes fed through a hole in the wall. When asked why, Allen told the investigators the son was fed through the hole “when she was busy and did not feel like walking around the kitchen to get to the basement door. She stated that she was ‘being lazy.’”

Officials surveyed the basement where the son was kept. They noted there was a “dirty twin bed with no sheets, which had a blanket and a large mover’s quilt to cover him up with, both of which were on the floor.”

Allen told FOX6 News her son told her that Asdigian put an electric dog collar on him.

"The shock collar never happened. It never happened. We used it on the dog twice and we got rid of it. I don't know where he got that from or why he was saying that but it never, ever happened. I can't say that enough. Sam would never do that," said Allen."

Allen's son is in the care of his grandmother now.

If convicted, Asdigian faces up to three-and-a-half years in prison. His initial appearance in court is set for July 24th.