RACINE -- The Racine Police Department and Racine Fire Department were impacted by the ransomware attack in the city, and as city leaders continued scrubbing equipment clean Saturday, Feb. 15, it remained unclear what, if anything, the hackers were after.

After the hack, Dudzik and her team had to scan hardware, software, and servers, looking to scrub anything that was touched by the hackers seeking ransom payment from the city.

"We've had to shut everything down, and collect everything back in to make sure that we are thorough in removing whatever malicious acts are out there," said Dudzik.

As of Saturday, city leaders said it wasn't believed the hackers accessed any data -- only seeking money -- with the list of impacted departments longer than initially reported. The police and fire departments had to return equipment like everyone else -- relying on county-loaned computers to continue operating.

As for the Finance Department, payroll was back up and running Saturday, and city leaders said no money was stolen.

"It was one of the very first things that we checked, obviously, was to check the bank accounts, and everything associated with it," said Kathleen Fischer, assistant finance director.

The clerk's office was just about back to normal, processing tax payments, other licenses, and ensuring the primary election Tuesday, Feb. 18 would be safe and sound.

"None of our election equipment touches the internet," said Tara Coolidge, city clerk, "None of it is on our city network, so elections was one of the only things that survived the ransomware attacks." 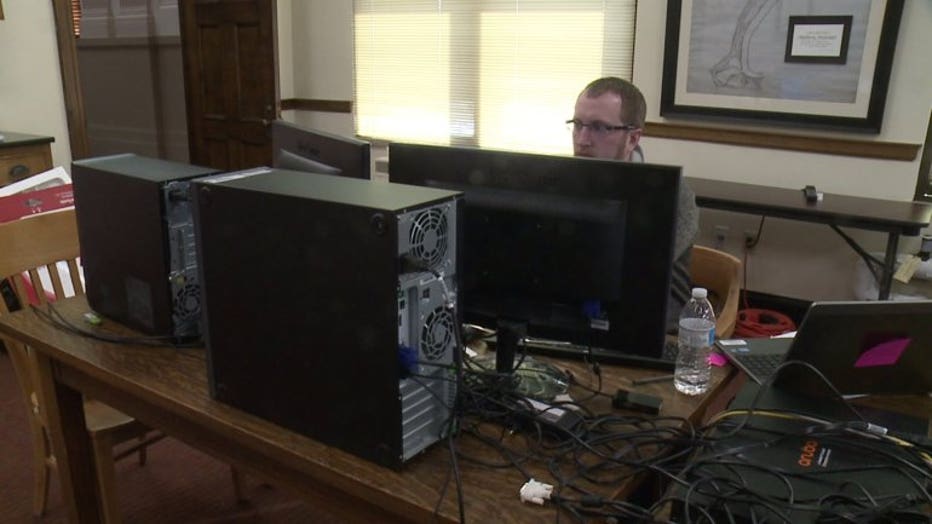 Citing an ongoing investigation, city leaders would not say where the hack may have come from but did say it wasn't done locally.