RACINE -- After attending a protest in Madison, in opposition to Safer at Home orders in April, owners of a Racine business say they're being discriminated against -- planning to sue the city after not receiving COVID-19 relief grants. Denis and Dimple Navratil said they would've received $6,500 from the grants. They're now asking themselves, what was the cost of free speech? 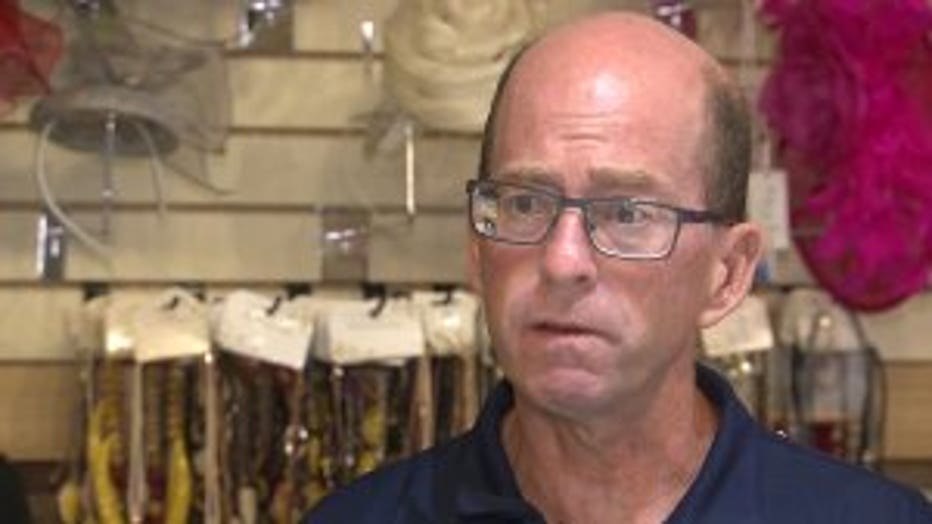 The pandemic is been a plague on business for the owners of Dimple's in downtown Racine.

"When we had to close our store, it went 100% dry," said Denis. "That happened overnight." 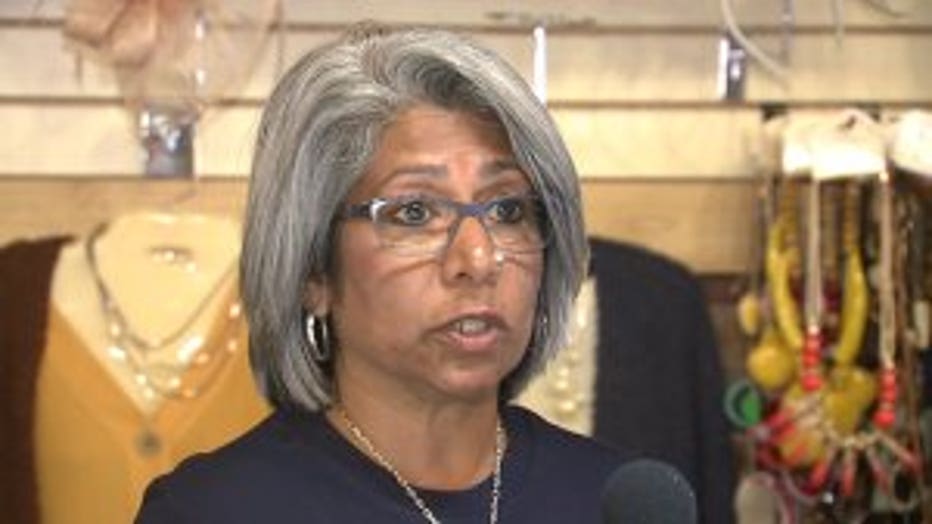 The Navratil family estimated a 50% to 60% drop in sales compared to last year -- the reason they jumped at the chance to apply for two rounds of small business grants in April and May for COVID-19 relief.

"When they told me there wasn't enough funds, it just didn't sit well with me," said Dimple. "I knew there was something else to it."

According to Mayor Cory Mason, Racine received 357 applications totaling almost $3 million in requests. He said $900,000 was given out to less than half of those who applied.

Denis Navratil said his business was flat out denied consideration for the grants because he attended the massive "Safer at Home" protest in Madison in April. 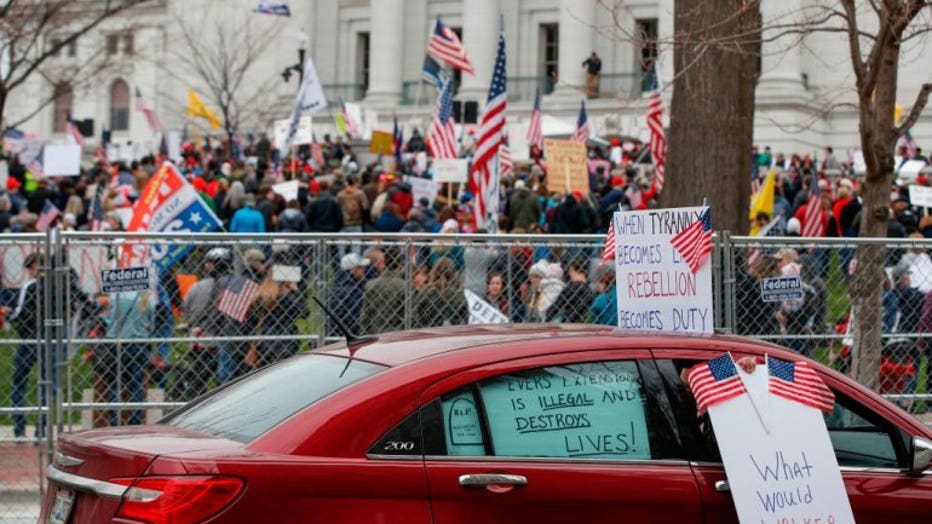 A car drives by as protesters against the coronavirus shutdown gather in front of the State Capitol in Madison, Wisconsin, on April 24, 2020. - Gyms, hair salons and tattoo parlors had a green light to reopen in the US state of Georgia on Friday as t

"While the money was helpful, our main concern now is that we've been denied our First Amendment right to speak and assemble," said Denis. "That's just not right."

“The small business grants were given out through a competitive grant process. These were discretionary grants and no one was entitled to funding.  Between the two rounds of grants, the City received 357 applications totaling almost $3 million in requests, and we had a total of $900,000 to give out, which went to 164 businesses. That means we had funding for less than half of all the applicants. Many great City businesses didn’t get funded because there were simply not enough funds to go around. However, if an applicant was in violation of laws or city ordinance, not conforming to zoning requirements, or hadn’t paid their taxes, that applicant was less competitive.

"As Mayor, it is my duty to protect the public health of our City's residents. While I certainly support the rights of free speech and assembly, I cannot in good conscience send scarce City resources to a person or business that willingly jeopardized public health, especially when they were competing with other businesses who were not as flagrantly violating safety measures. If an applicant was openly violating the statewide "Safer at Home" order and the public health emergency under which the City was operating to help mitigate the spread of coronavirus, that applicant would compete less favorably. For instance, participating in mass gatherings outside of our community, such as a rally with a thousand or more individuals at the State Capitol, only served to put City residents at unnecessary risk, and was certainly factored into the funding determinations.  When it comes to disbursing discretionary funds aimed at helping businesses who were sacrificing to protect public health, the City is not going to reward business owners who took reckless behaviors that risked the health of our community.” 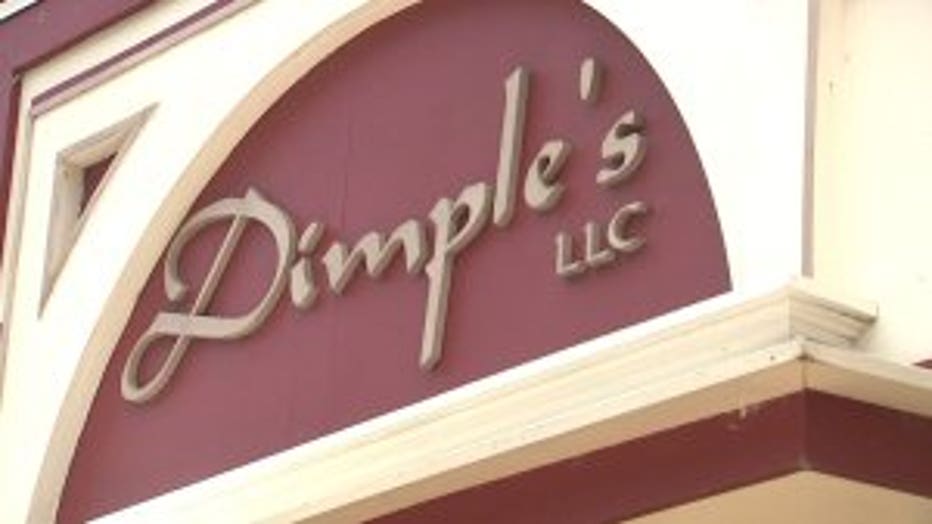 "He's being very unfair and very unjustice by using this against us," said Dimple.

Since reopening, the owners said they've followed all safety recommendations at the store, and now, they're meeting with attorneys to pursue a lawsuit against the city.

"We are talking about the right to speak and to assemble," said Denis. "I can give him a copy of the Constitution if he wants. It's right there."

It should be noted, Dimple Navratil is also a board member for the Downtown Racine Corporation. The store has been part of downtown for two decades.

FOX6 News tried to speak with Mayor Mason on camera Monday -- but he issued a statement instead.