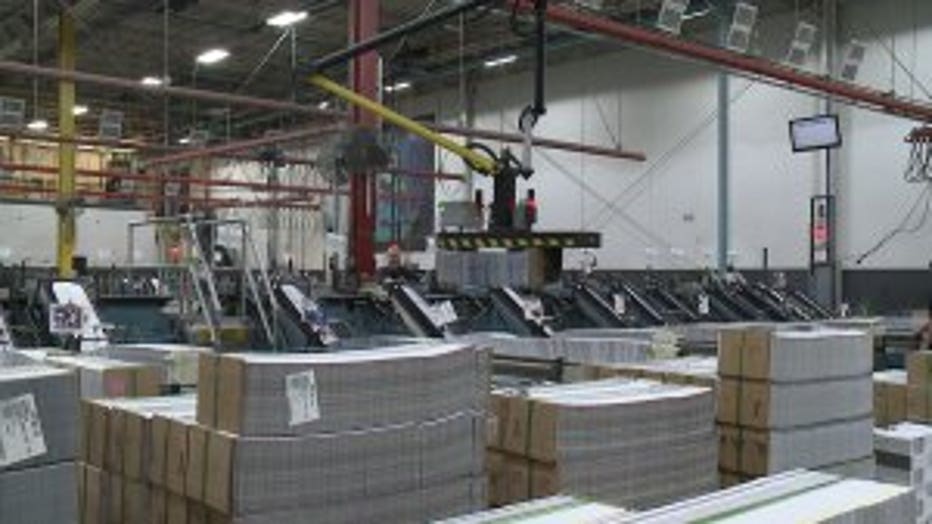 SUSSEX -- Bummed out after being beat in Game 7 of the National League Championship Series. While some of the energy dwindled for fans, the outcome caused one local company to actually kick into high gear.

"We are printing pages as soon as the game is done," said Rick Cowan.

Cowan is the customer account manager for Major League Baseball at Quad/Graphics.

"The buzz around the plant was very exciting," said Cowan. 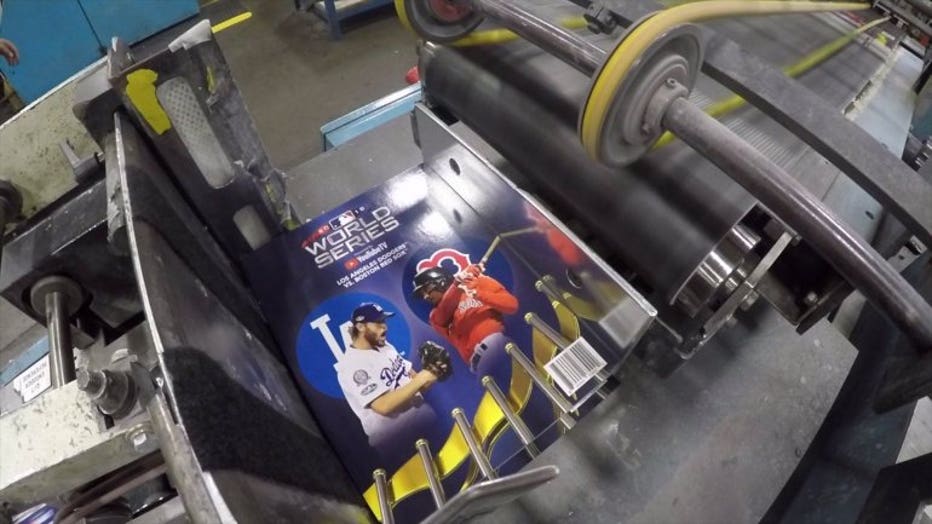 The NLCS was a nail-biter for many reasons.

"We are binding the World Series programs for Major League Baseball," said Cowan. 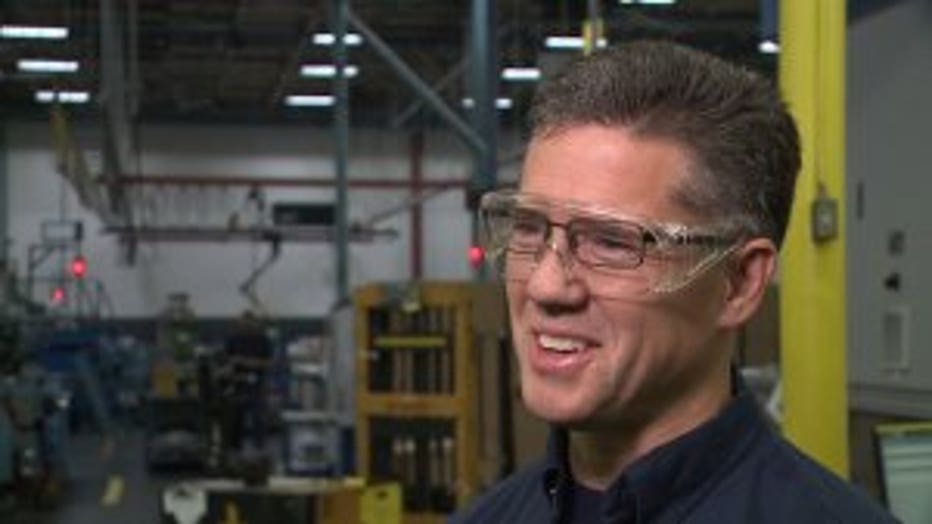 Cowan was at the office late Saturday night, Oct. 20, waiting for the last out which determined who would be advancing.

"I was on press as soon as the game was done," said Cowan.

Unfortunately it wasn't the Milwaukee Brewers.

"It was heartbreaking for me," said Cowan.

But still a little piece of the Milwaukee area gets to be part of the World Series. 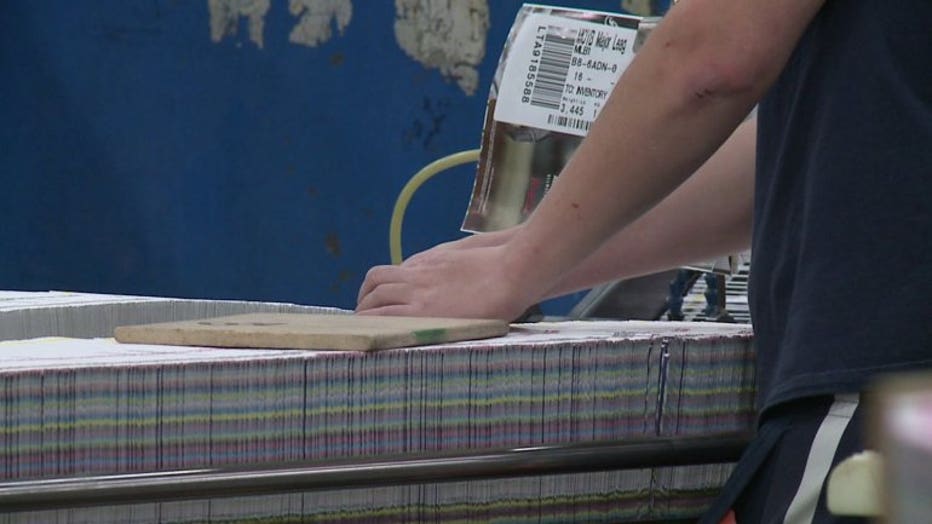 "Quad/Graphics is the only company that produces the World Series programs," said Cowan. 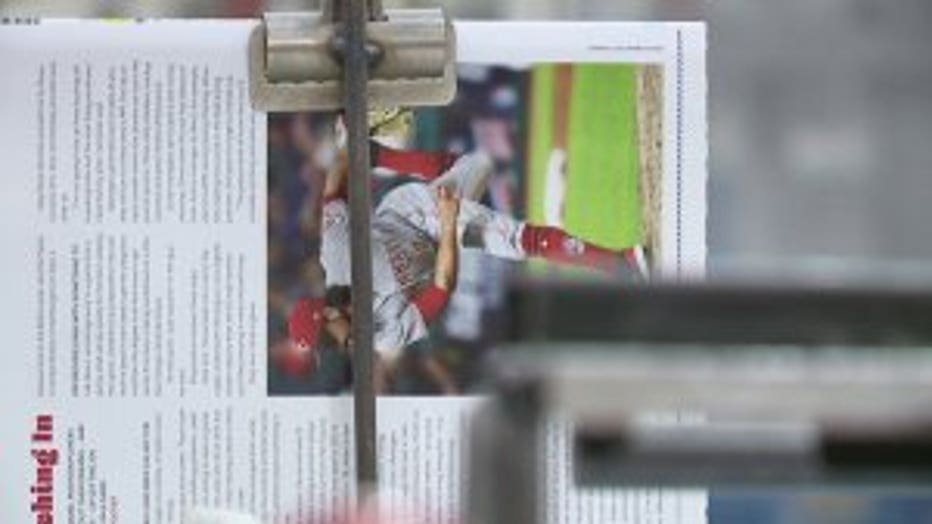 With many sections already completed the week prior, staff had to wait until the last-minute to feverishly produce the final touches.

"As the game was done, printing the Boston and Los Angeles Dodgers covers, local sections and rosters sections," said Cowan.

Completing it all with a tight turn around.

"Everything is shipped from our press room to the binders and we are binding them," said Cowan. "I'm hoping to have trucks out of here by tonight (Sunday, Oct. 21) and arriving in Boston with 24 to 26 hours." 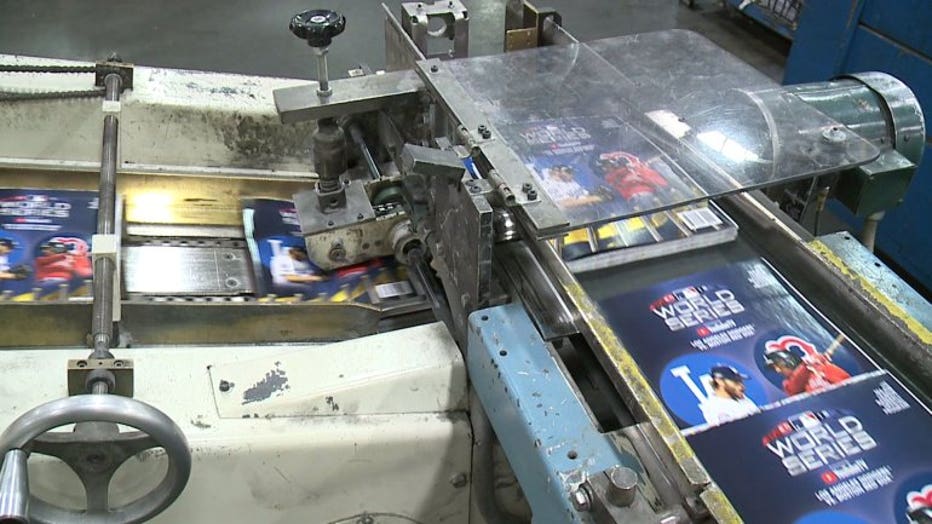 And although the programs are being shipped out, hope still hasn't left that the Brew Crew will be on the cover next year.

"World Series all the way for next year," said Cowan.

Quad/Graphics also produced the championship books which were in high demand at Miller Park. 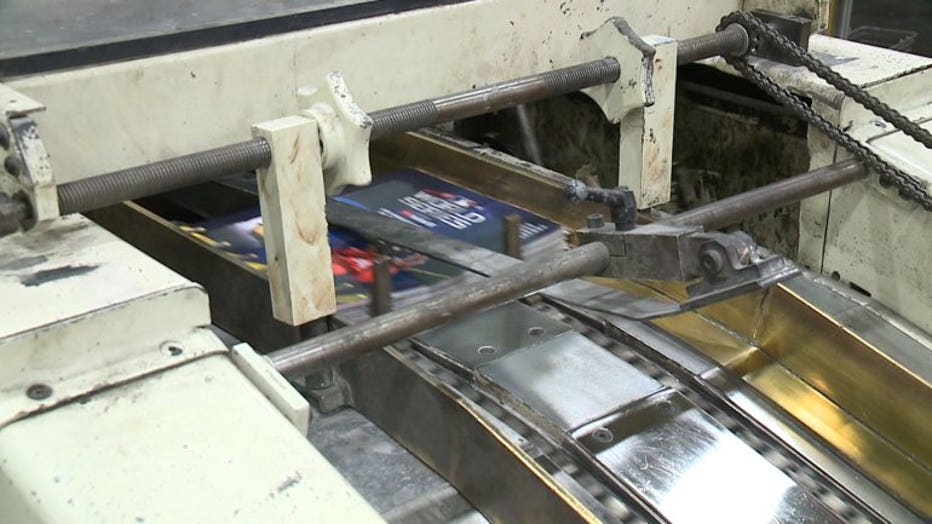