MENOMONEE FALLS -- For nearly three weeks, protesters in southeast Wisconsin have demanded change in the wake of George Floyd's death in Minneapolis. On Tuesday afternoon, June 16, they took their voices to the suburbs -- in an effort to spread their message to communities outside of Milwaukee.

Protesters on Tuesday met at Rotary Park in Menomonee Falls and began marching just after 5 p.m. 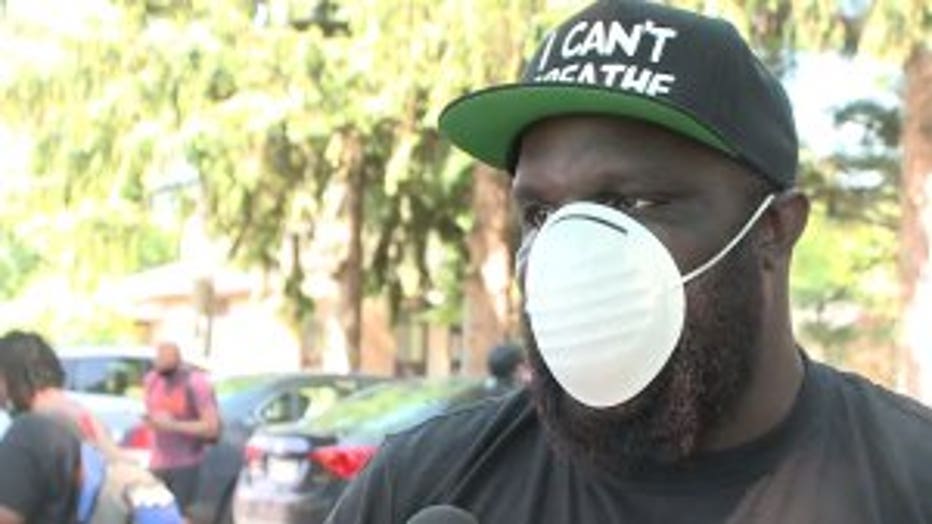 "I want to be on the positive side of history... that is in the making, even as we stand here right now, this is history in the making," protester John Larry said.

Larry said his four daughters are on his mind as he marches, and told FOX6 News that he was there to set an example for them.

"It is your duty to stand up and to speak and to say something and demand that changes be made," said Larry. 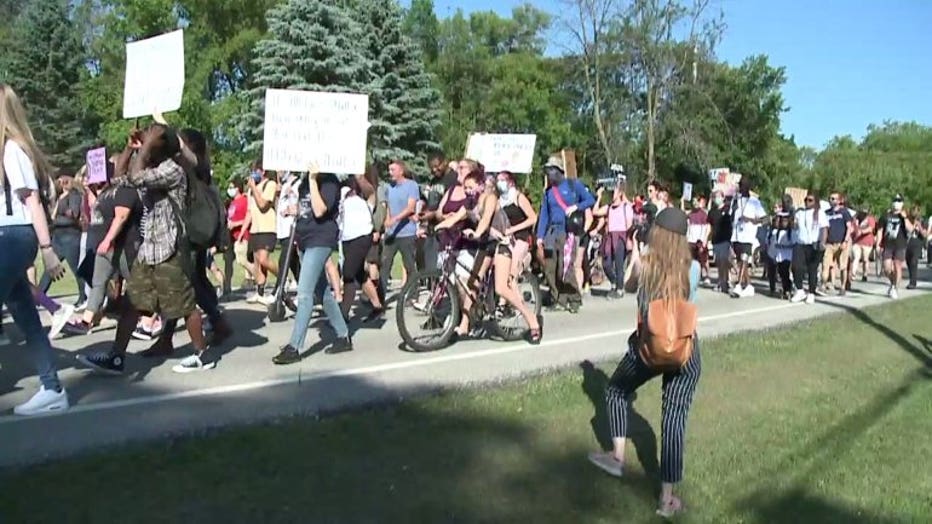 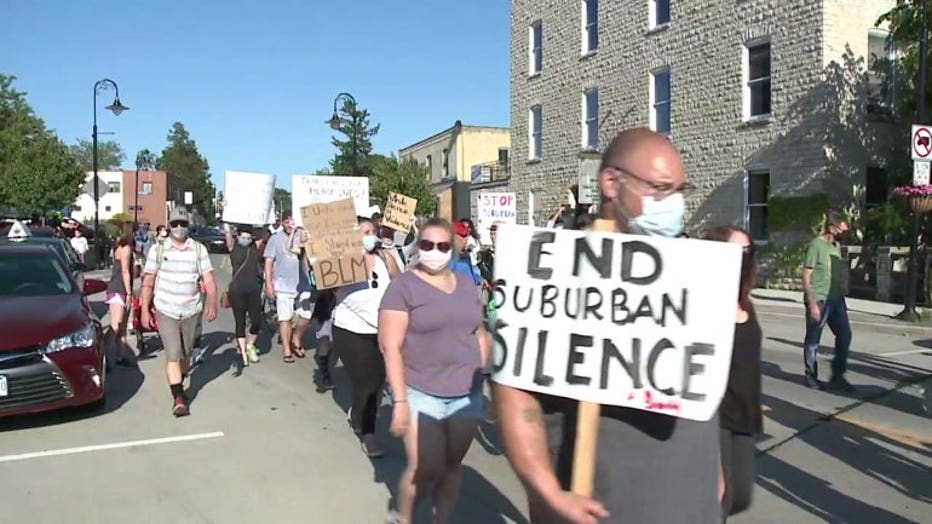 Changes the protesters were demanding include an end to police brutality and a reduction in police budgets. 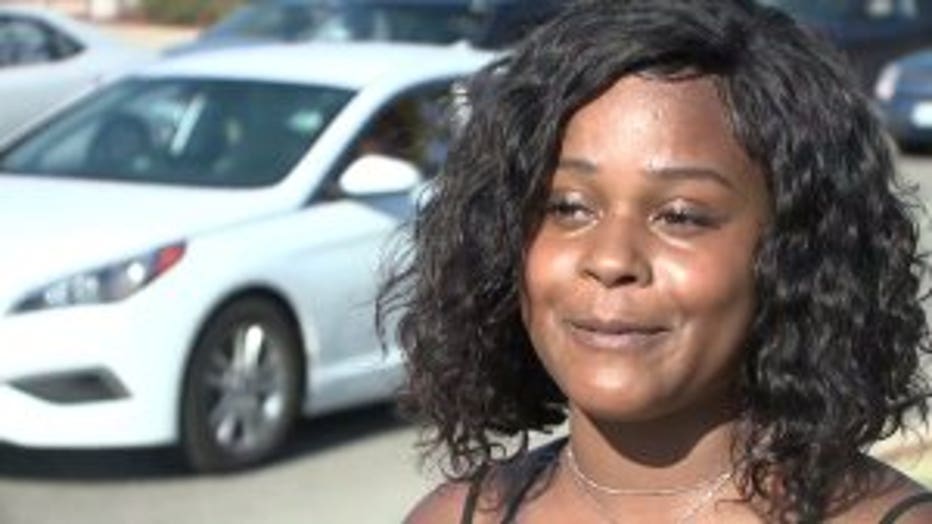 Protester Maya Garrett is from Milwaukee, but said that she marched in Menomonee Falls on Tuesday to fight for a better future for her 9-month-old son.

"I'm out here for my son, for his father, for my son's kids, because there are a lot of injustices brought against black people that need to be brought to light," Garrett said. "My children should not have to fight for what we're fighting for and what his ancestors fought for." 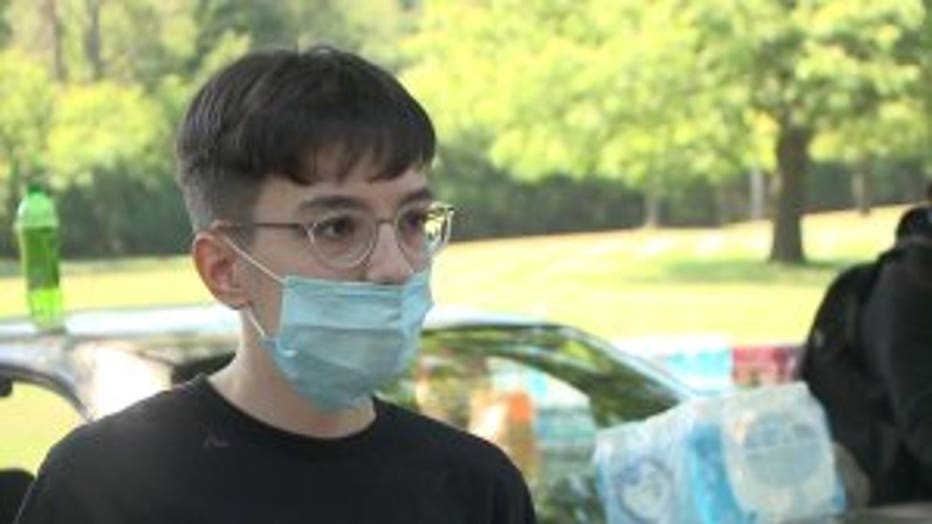 Protesters from all walks of life shared that sentiment, including Menomonee Falls resident Graham Olen who said that change is needed now more than ever.

"I hope that we cause some noise in the community, and they see what we're here for in the best way possible," said Olen. 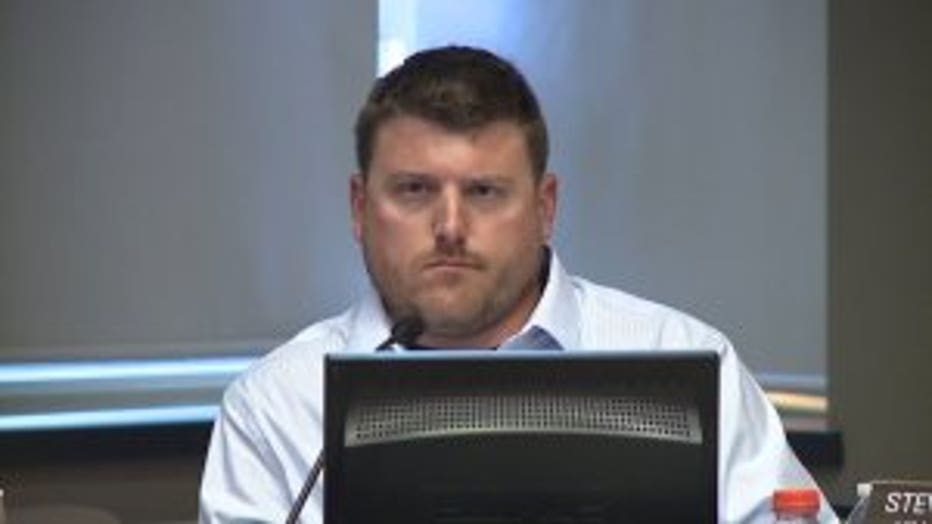 Organizers of the protest told FOX6 News that one of the reasons they chose to march in Menomonee Falls was in response to Village Trustee Steve Taggart's comment on social media earlier this month about police practicing at a firing range in preparation for a recent student-led Black Lives Matter rally.

The comments sparked community outrage and calls for Taggart's resignation. However, Monday night, the village's board did not pass a resolution to discipline him.

Tuesday, protesters made their way to Taggart's home, where they stood face-to-face with Waukesha County sheriff's deputies wearing riot gear. The protesters spent about 15 minutes there before continuing to march into the night.