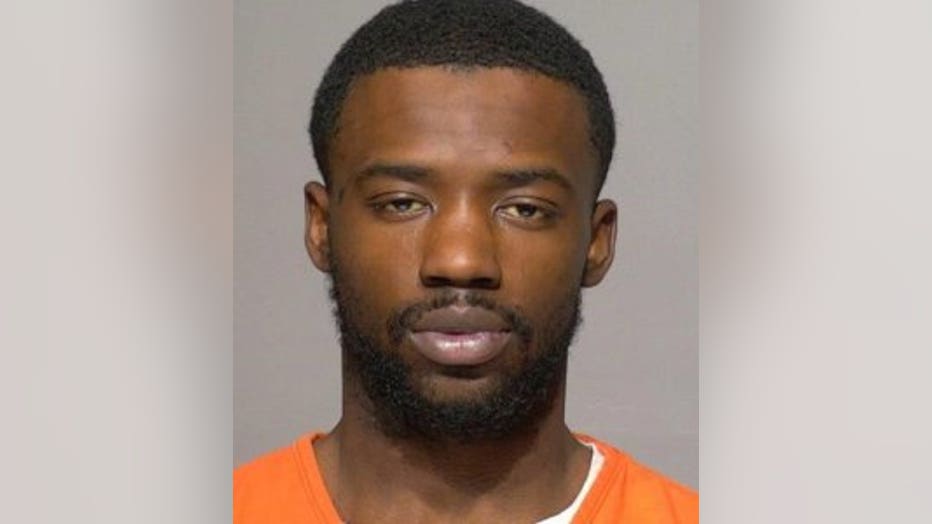 MILWAUKEE -- Charges were filed Tuesday, Jan. 28 against a Milwaukee man accused in connection with an armed robbery and two fatal shootings in three months' time. Prosecutors said the convicted felon admitted to one of the two fatal shootings -- which happened during an attempted robbery. 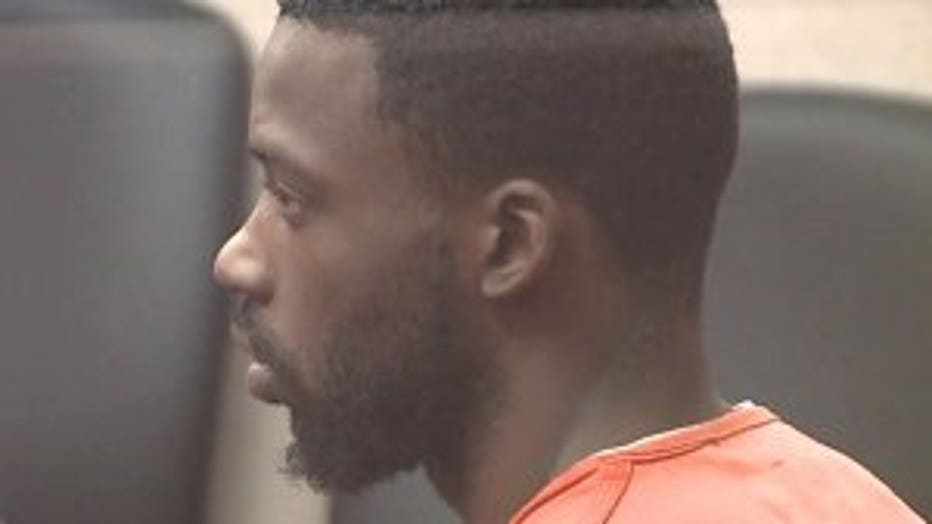 According to a criminal complaint, when officers responded to the first crime on Oct. 22, they found two victims in a vehicle who had been robbed. They indicated the robbers got into a vehicle -- and the victims followed them to the area near 48th Street and Glendale Avenue, where police responded to a shooting. The victims indicated the robbers fired at them -- and then ran. Police found the suspect vehicle abandoned at the scene and located a fired 9mm casing, and parts of phones. Inside the suspect vehicle, investigators found a bag belonging to one of the victims -- along with their cellphones.

One of the victims told investigators he picked up his brother from work, and his brother indicated he needed to meet with a "Maya Hernandez" near 56th and Hampton -- who was interested in purchasing a phone he was selling on Facebook Marketplace. The complaint said Hernandez was the live-in girlfriend of Deon Staten. When they arrived, the brother, who was messaging with the woman, indicated she said her brother would be coming out to buy the phone. The victim identified that "brother" as Staten -- who had a handgun, and informed the brothers he was robbing them. A second robber appeared and opened the passenger door -- taking items, as Staten came around the vehicle and opened the driver's side door, taking $20 from the victim. Both robbers then ran. The brothers decided to drive around to see if they could find them and did near 48th and Glendale -- where they saw three men running from the suspect vehicle -- one firing shots at the brothers. 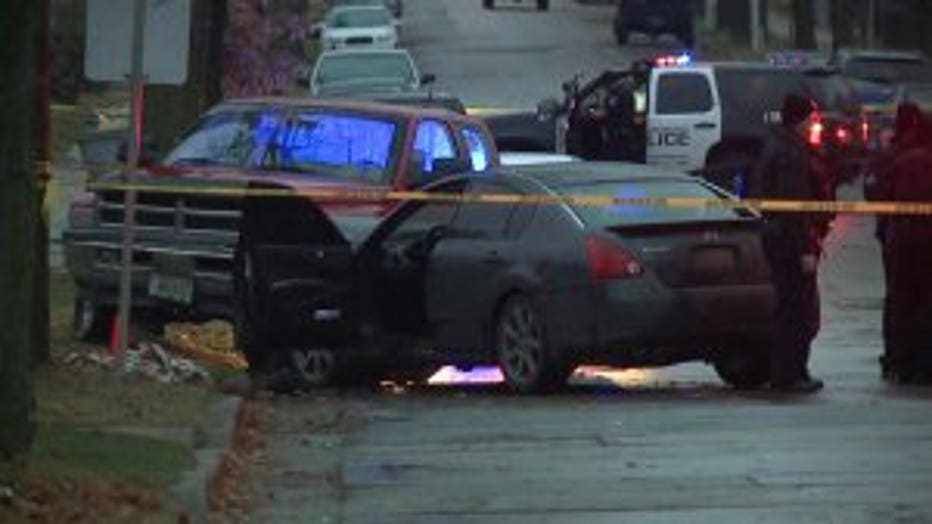 Nearly a month later, on Nov. 30, police were called out to the area near 26th Street and Hope Avenue, where they found JaShawn Bell with a gunshot wound to his head, sitting in a vehicle. Bell died at the hospital. A front-seat passenger in Bell's vehicle ran after the shooting, the complaint said.

Investigators recovered a Luger 9mm casing on the passenger seat of Bell's vehicle, and an investigation revealed it was fired from the same firearm used in the Oct. 22 armed robbery and shooting.

Additionally, investigators found suspected marijuana and a digital scale in the vehicle, the complaint said.

Bell's passenger told investigators he and Bell were out selling marijuana and were meeting with a person who had contacted them about buying $110 worth of exotic weed. When they arrived, a man identified as Staten approached the passenger-side window, while a second person stayed on the sidewalk. The complaint said as Staten stood at the window, counting money, he tried opening the passenger-side door, but it was locked. He then produced a handgun -- sticking the firearm into the window, telling Bell, "I wish you would drive off." Bell attempted to do so, and Staten fired once, the complaint said. Bell was shot in his head and face.

Dawn Griffin, Bell's mother, shared the below photo and statement with FOX6 News: 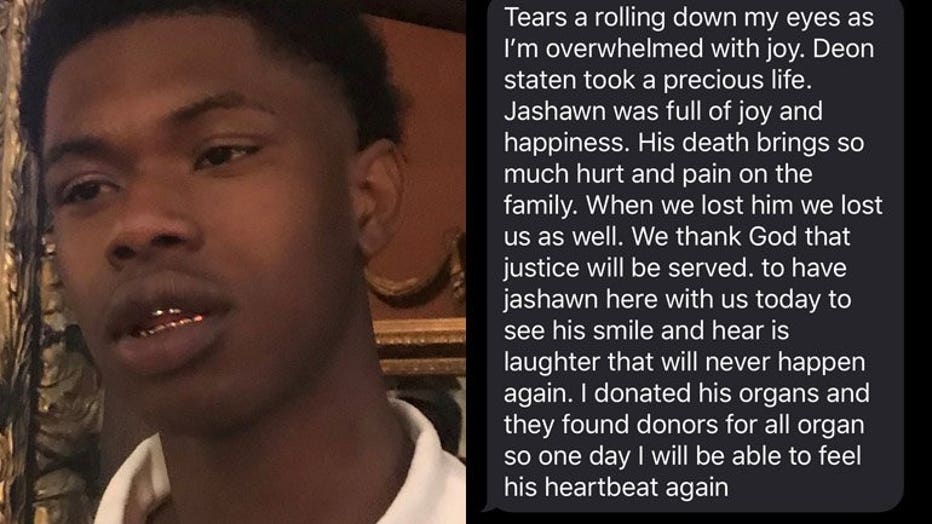 Nearly two months later, on Jan. 20, Marko Stennis was found in the driver's seat of a vehicle with a gunshot wound to his head -- his wife in the passenger seat. The complaint said suspected marijuana and a black Glock 9mm handgun were recovered, along with three Luger 9mm casings -- found in a location that was consistent with the shooter being in the rear passenger seat. 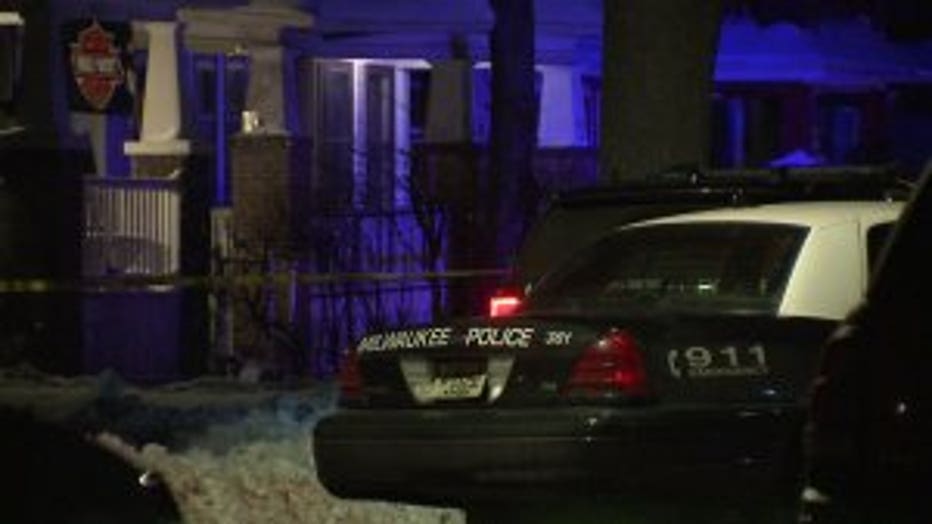 According to the complaint, Stennis' wife said Stennis indicated they needed to pick up some money he was owed, noting her husband had a concealed carry license and a 9mm tucked under his leg. They drove to the location and realized the address they were given did not exist. Stennis called the person they were to meet with and drove to 24th Place and Vienna Avenue, where they were met by a man (who prosecutors said was Staten) who said he needed to go to an ATM to get money. They drove to 27th and Capitol -- with Staten on the phone with someone who was instructing them. After stopping by the ATM, Staten handed Stennis some cash and said the rest would be with his cousin -- offering to take Stennis there. They drove back to 24th Place and Vienna Avenue, where Staten indicated his cousin was pulling up. There was a person standing on the sidewalk who walked to the passenger side of the vehicle -- and Staten exited before getting back into the back seat -- shuffling around for something. Staten then said, "Give it up," and Stennis made movements towards the rear passenger seat, the complaint said. That's when Stennis' wife said she heard four to five shots. Staten then began yelling, "Let me out." Stennis' wife said she hit the unlock button and Staten ordered her out of the vehicle. She said she grabbed the money and her phone, and the two men ran.

According to prosecutors, Staten admitted to his involvement in this incident -- and said he, himself, ended up shot in the buttocks because as he exited the vehicle, his firearm (which Staten said belonged to his cousin) began slipping from his pocket, and when he tried to catch it, Stennis shot him. He said he returned fire three times and ran. 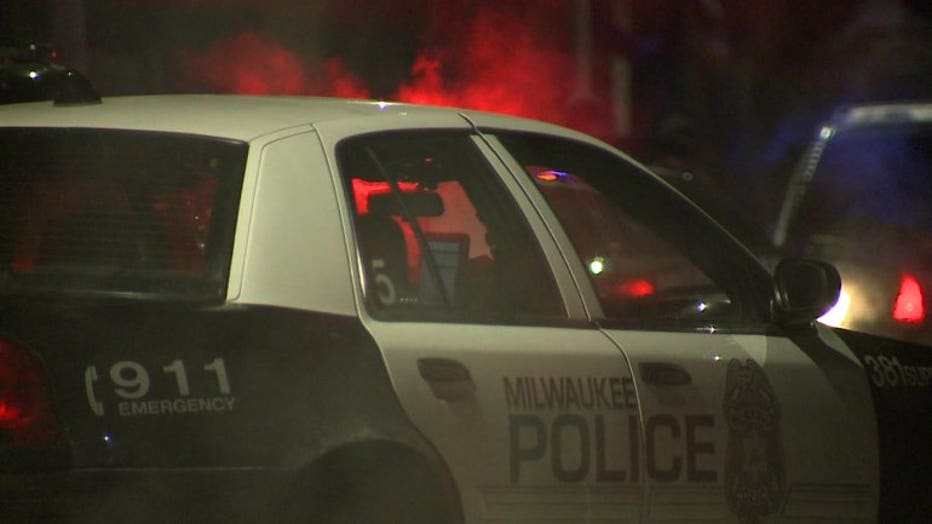 Before the shooting, Staten said his cousin Tay used his phone to call Stennis to arrange the robbery -- noting that Staten and Stennis had robbed each other in the past, so he needed someone Stennis did not know. The plan was to rob Stennis of cocaine or money, pretending to pay $250 for cocaine -- and Staten would get a $1,000 cut. Staten said he got into Stennis' vehicle and told him to go to the ATM, handing Stennis $20 after stopping at the ATM. He said Stennis laughed and wanted to know where the rest was. Staten then told Stennis to go back to meet his cousin.

He was also on supervision in connection with a 2018 case involving felony bail jumping and fleeing. He pleaded guilty in March 2018 and in June, was sentenced to three years' probation on the fleeing charge, and 18 months in prison (beginning June 8, 2018) and two years' extended supervision on the bail jumping charge.

Cash bond was set at $100,000 Wednesday as Staten made his initial appearance in court in this new case. A preliminary hearing was scheduled for Feb. 5.