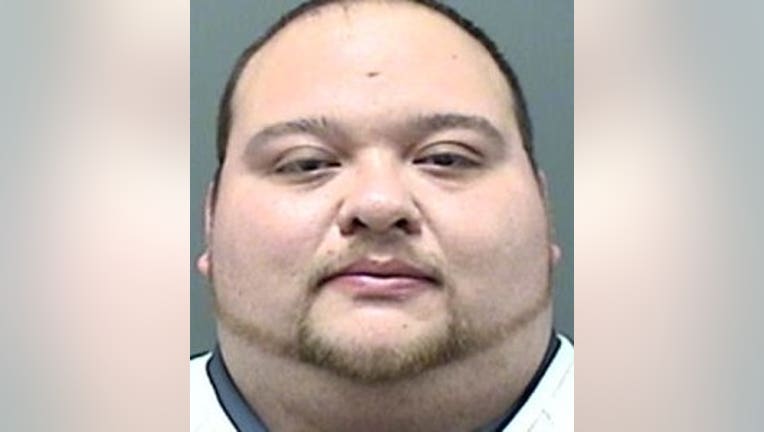 RACINE COUNTY -- A Pleasant Prairie man is facing charges in separate cases -- accused of sexually assaulting a woman, and then offering to pay her $100 not to testify against him.

Andrew Simonds, 29, faces the below charges in separate cases:

According to a criminal complaint, on Jan. 18, 2018, police met with the victim, who claimed Simonds arrived at her home, and they were having a "casual conversation" before he tried to get physical with her. She said she told him, "I don't want this," "No," and "Stop," but he continued. She said at one point, she tried to push him off of her, while continuing to tell him to stop, and he kept saying, "Just let me do this one thing." She said he touched her inappropriately without her consent. Eventually, she told him she was "going to call the cops," and he told her to go ahead. When she grabbed the phone, she said he stopped. She then told him to leave her house.

In the bribery case, filed in April, a criminal complaint said Simonds "attempted to bribe (the victim) not to testify in the (sexual assault) case" -- speaking to her in violation of his bond, which prevented him from contacting her, in effect through April.

On April 11, the complaint said Simonds asked her "if she was really going to go through with the upcoming jury trial." When she responded affirmatively, he asked, "For what?" She said she told him that he should not have put his hands on her, and he then made a sexual comment toward her.

On April 16, the woman reported Simonds told her he would give her $100 not to testify. He was scheduled to face a jury trial on April 18. She said Simonds "asked her not to come to court because he said she was the only witness, and without her testimony, the case would be dropped." He said they could "hang out at court all day if she refused to testify." She said she did not accept his offer.

The criminal complaint noted a history of convictions and incarceration dating back to 2007.

Simonds has a preliminary hearing scheduled for May 1 in the bribery case. Cash bond was set at $2,500 on April 23 when he made his initial appearance.

He has an August jury trial scheduled in the sexual assault case. Cash bond was amended on April 18 -- from $400 to $5,000, plus a $4,600 signature bond after court officials learned of the bribery case. He was taken into custody and ordered to have no contact with the victim.