JEFFERSON COUNTY (WITI) -- The concern is growing as there are now six cases of bird flu in Wisconsin. There are two cases in Barron County, one case in Chippewa County, two cases in Jefferson County and one case in Juneau County. The Wisconsin Department of Agriculture, Trade and Consumer Protection (DATCP), in cooperation with the U.S. Department of Agriculture says bird flu in the state is affecting more than one million birds.

While lethal to domestic poultry, the strain of virus detected is not known to have caused disease in humans and is not expected to pose a risk to public health or the food supply -- but that's not easing the worry for some.

"When I heard it was in Wisconsin, I was concerned because we use a lot of eggs."

"When I heard it was in Wisconsin, I was concerned because we use a lot of eggs here," Josh Bartz, general manager at the Pine Cone Restaurant said.

Bartz says he has been on the phone with Pine Cone's Watertown-based egg supplier, and he's been reassured that eggs sold at the Pine Cone Restaurant are not contaminated, and there will be plenty of product for customers.

"We have customers that ask a lot. They're just concerned we won't have eggs to serve them breakfast, so we just reassure them that everything's fine, and we don't see any egg shortage in the future," Bartz said.

The H5 avian influenza virus was first detected in Wisconsin at a commercial chicken flock in Jefferson County on Monday, April 13th, which led to the depopulation of more than 180,000 egg-laying chickens.  Since then four additional flocks were detected in Barron, Juneau, Chippewa counties and another in Jefferson bringing the total of birds affected to about 1.2 million in Wisconsin.  Multiple outbreaks of avian influenza have occurred most recently in Iowa, Minnesota, Missouri, Arkansas, the Dakotas and Kansas leading to the depopulation of nearly 7 million turkeys and chickens. 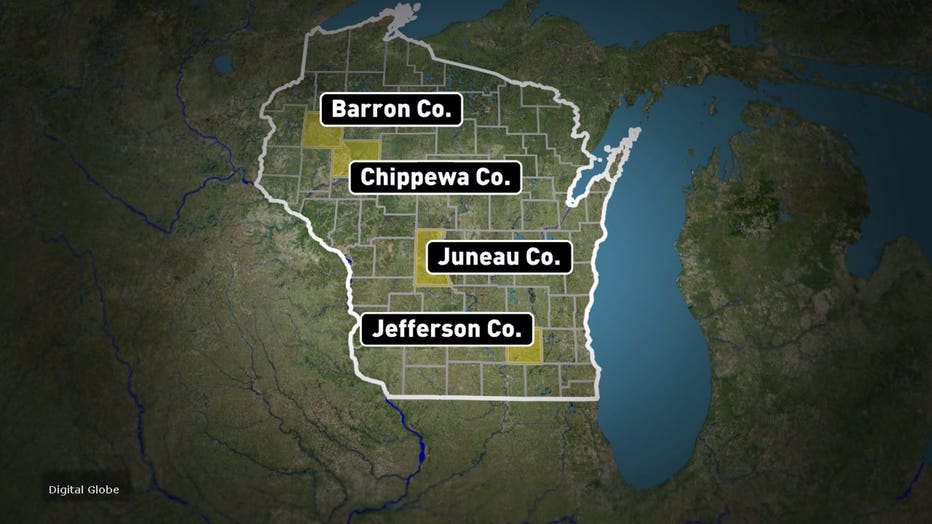 Wisconsinites are reminded that the avian influenza virus strain currently detected in Wisconsin and the other states presents low risk to public health. Poultry meat and egg products in the marketplace remain safe to eat. As always, both wild and domestic poultry should be properly cooked.

The remains of the 1,288,856 birds affected by bird flu in Wisconsin are set to be composted.

"My concern is that any of that composted chicken residue applied as fertilizer after the composition process could seep into the groundwater and infect or contaminate wells," a property owner who lives near a quarantined farm in Jefferson County said.

A DATCP spokesperson says composting is safe, and is the most efficient way to dispose of these animals.

But not far from one of the farms affected by bird flu in Jefferson County, a property owner who didn't want to be identified tells FOX6 News he remains concerned.

"Keep watching and keeping informed of what's going on," the property owner said.

Some of the folks who own properties near the affected farms in Jefferson County say they're also concerned about the impact those farms may have on their property values. As is the case with the entire situation they say they'll continue to watch and wait.

Wisconsin National Guard personnel are assisting with the response to the first detection in Jefferson County. The 14 Guard members deployed to the site are assisting with cleaning and disinfection of large vehicles and equipment leaving the site.  They have specialized training in this function and are NOT involved directly in the depopulation efforts on the farm.