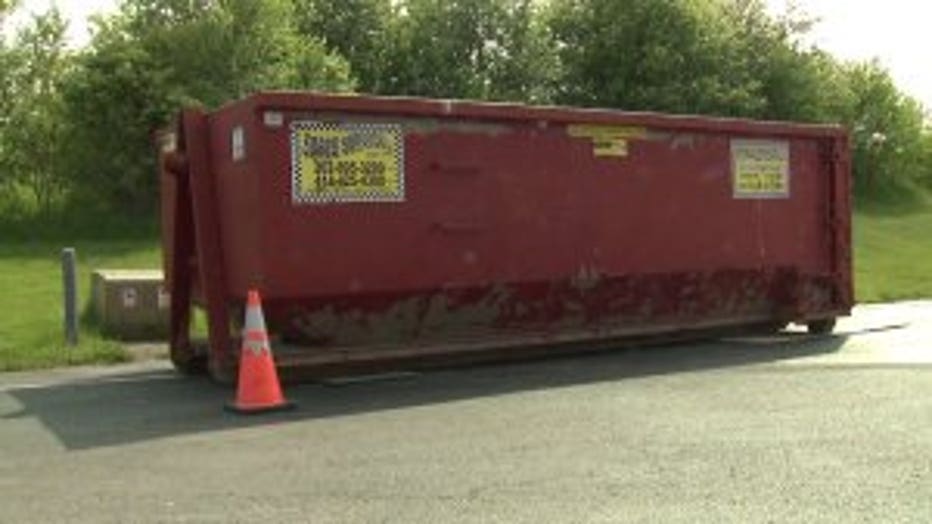 PORT WASHINGTON -- The mother of a Port Washington boy praised police officers and firefighters who came to her son's rescue Sunday evening, June 2 after the boy got stuck in an unusual spot -- under a dumpster.

It all started with a missing baseball, and the boy quickly found himself in a bit of a pickle.

"We got a lot of guys on this department with a lot of experience, and this is the first time we've seen something like this," said Port Washington Fire Chief Mark Mitchell.

Chief Mitchell described the call to an apartment building on Port View Drive Sunday evening as one that makes your heart skip a beat.

"Our police were already on the scene, and they were assuring us that the child was not injured, just stuck," said Chief Mitchell. 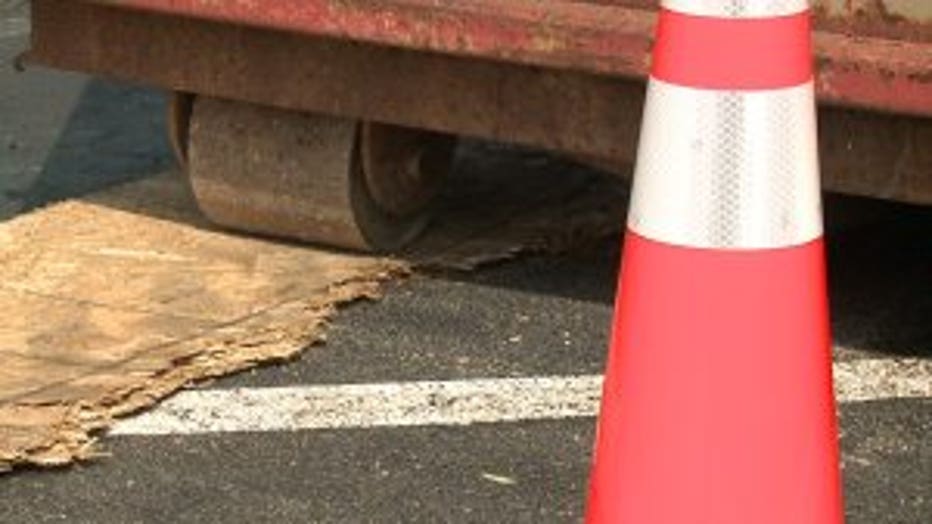 Fire officials and the boy's mother said the 9-year-old was playing catch with his dad when the baseball rolled under the dumpster. The boy's mom said he eats, sleeps and breathes America's past time, and decided to try to free the ball himself. He was soon the one who needed to be freed.

The Port Washington Fire Department's Heavy-Duty Rescue Squad responded, swapping rosin bags for lifting bags and bats for wood blocks -- propping up the dumpster filled with roofing debris from work being done on a nearby apartment building.

"All we needed -- six or eight inches to lift up, to get the child out of there," said Chief Mitchell.

Coaching the boy while fire crews did the heavy lifting was Officer Chris Erickson. 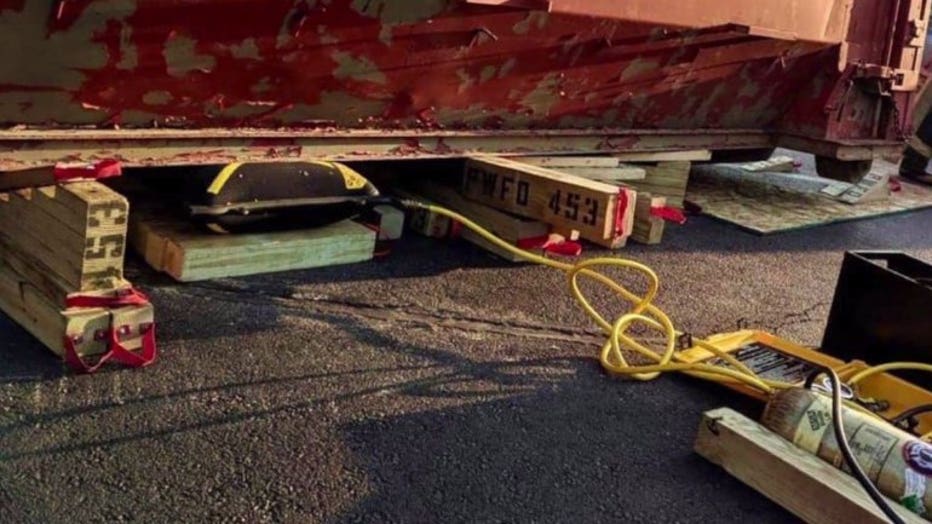 "Police Officer Erickson was on the ground, laying flat. He, in fact, commented to me just a while ago when I talked to him that he was surprised to see how calm the boy was and things went well," said Chief Mitchell.

Within 15 minutes, the boy was out of the jam -- no harm, no foul and likely having learned a bit of a lesson -- that you don't have to chase after every baseball.

The boy's mother told FOX6 News police officers and fire crews did a fantastic job of not only keeping her son calm, but keeping her calm as well. She said the boy had two questions when he was freed -- wondering whether he was in trouble and whether he could get some ice cream.