PORT WASHINGTON, Wis. - A dramatic rescue was caught on camera when a Port Washington police officer ran into a burning condo to pull an elderly man out as the home was quickly filling with smoke.

Officer Anthony Becker was on routine patrol, driving city streets when he heard a pop and then saw small flames not far from the police station. What happened next likely saved an elderly man's life.

Around 5:40 p.m. Sunday, Sept. 12, Officer Becker arrived on scene as smoke and flames rose from the duplex. His body camera began to record the story.

After a woman walked out, Becker went in, looking for her husband, a 79-year-old man who was still downstairs. 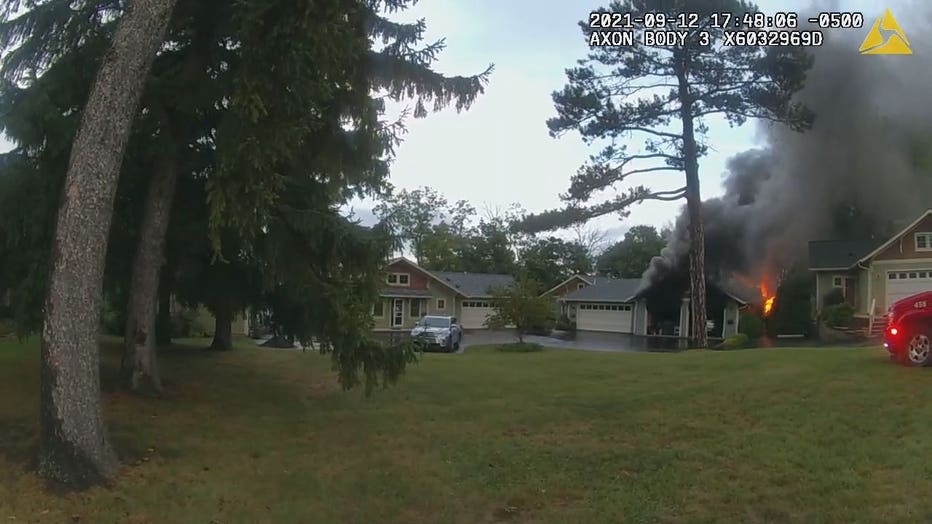 The home continued to fill with smoke when Becker spotted the man and used his voice to guide him to safety.

"Get to the floor! I see you. I will grab your hand. Come here. This way, sir," said Officer Becker.

Becker then made contact with the man, first trying to drag him out, knowing time was of the essence. 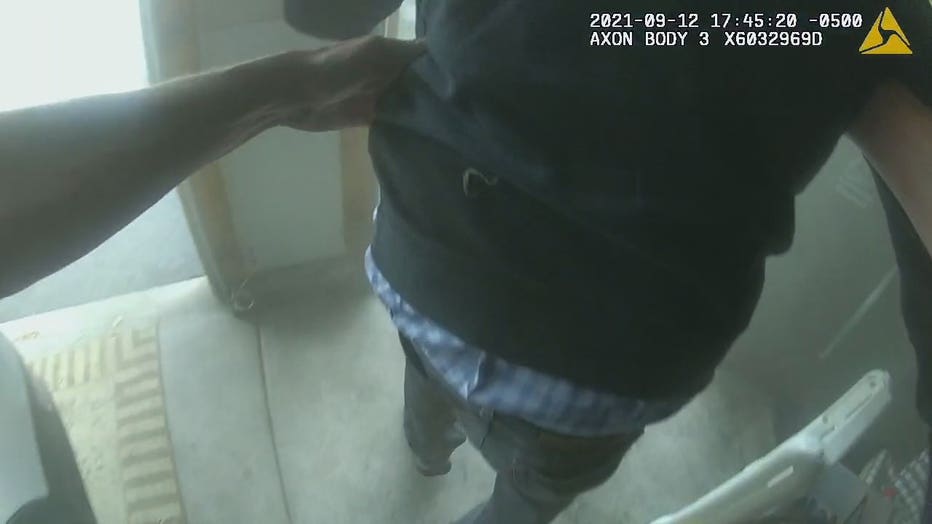 Seconds later, the pair emerged from the garage safely, with Officer Becker adamant on getting him away from the house amid coughs from taking in smoke. His actions cleared the way for firefighters to attack the flames with no one inside and drew praise from those who watched and live nearby.

"I thought it was impressive," said MD. "I mean, you don't know when it happens, and you take it just on impulse and I was impressed that he did what he did. They're first responders, and I give him a lot of credit for that."

One man's decision to run right into a burning building kept this fire from becoming any worse. 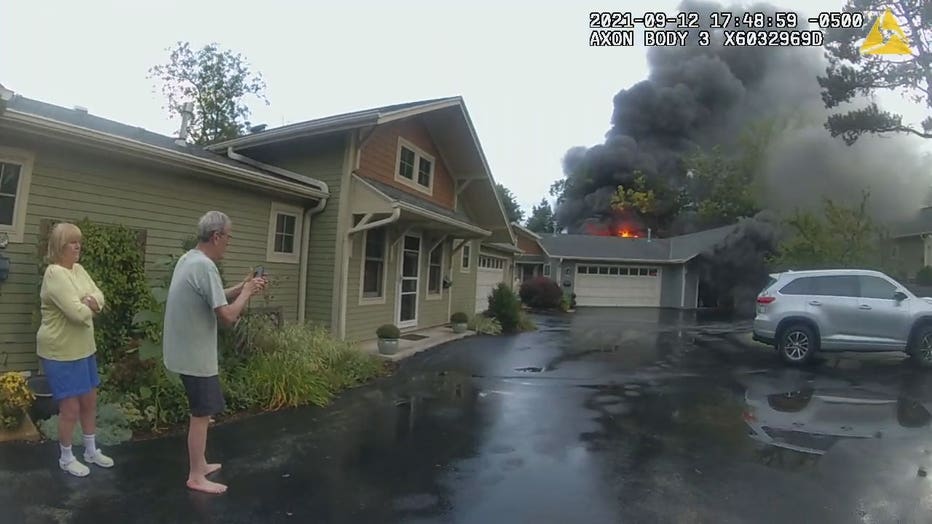 The police department said Officer Becker was sent to a hospital for smoke inhalation treatment but was quickly released and returned to finish his shift.

Fire Chief Mark Mitchell said the cause of the fire was direct flame an unattended gas grill on the deck.

Milwaukee’s commissioner of health says the coronavirus continues to be a pandemic among the unvaccinated, and that getting the vaccine is the best way to protect yourself and others, but the demographic becoming infected the fastest may surprise you.