MILWAUKEE -- A Milwaukee County judge sentenced 31-year-old Porsche Humphery on Friday, March 23 to nine years in prison and another six years of extended supervision. This, after she pleaded guilty to an amended charge of second degree reckless homicide in the shooting of Loren High on Feb. 1, 2017. Humphery was originally charged with first degree reckless homicide. 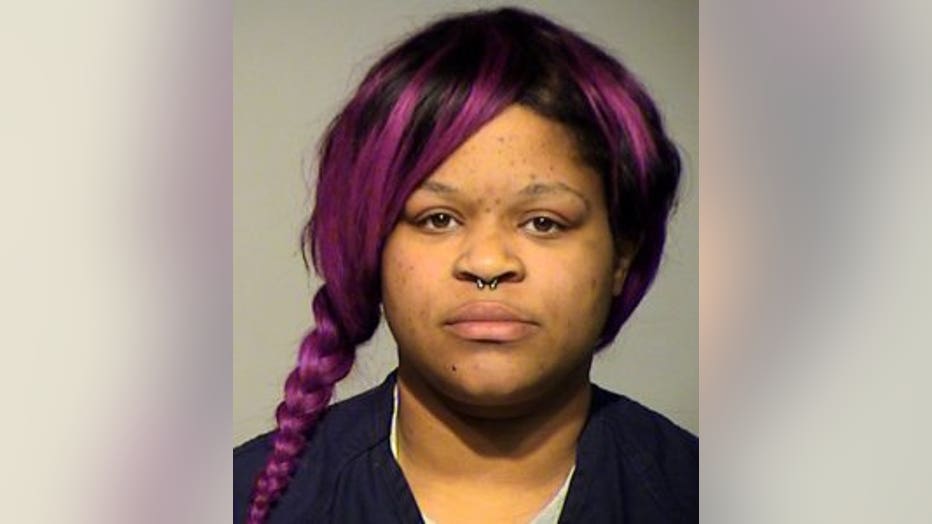 According to the criminal complaint, Milwaukee police responded to a home near 24th and Vienna on the city’s north side on Sunday, Feb. 5, 2017 . They found High dead inside the residence. He apparently suffered a gunshot wound to the chest.

Investigators also found a piece of glass that had a white powdery residue on it. The complaint indicates a forensic investigator “was able to recover a lift from this piece of glass.” That print was later determined to be “the right thumb print” of Porsche Humphery.

The man who found High in the home and called police indicated “the defendant has threatened to call people to hurt the victim.”

When police interviewed Humphery about this case, a detective stated “the defendant unusually came to the interview with paperwork and a version of events detailing where she was on Wednesday, February 1, even though the detectives were asking questions about Saturday and Sunday. Importantly, the defendant indicated that she never went to the victim’s residence on Wednesday, February 1.”

The complaint goes on to say Humphery “gave changing stories as to where she had been on Wednesday night and how she had gotten home and stories about how she gained knowledge of the victim’s death that conflicted with other witnesses’ statements.” She also gave conflicting stories as to whether or not she handled a firearm owned by the victim; a firearm nicknamed “Betty.”