GAINESVILLE, Ga. - A Gainesville police officer is now recovering from a gruesome he got while chasing a fleeing suspect.

Gainesville Police shared the photos of the aftermath of a drug-related arrest on Monday night on Facebook. 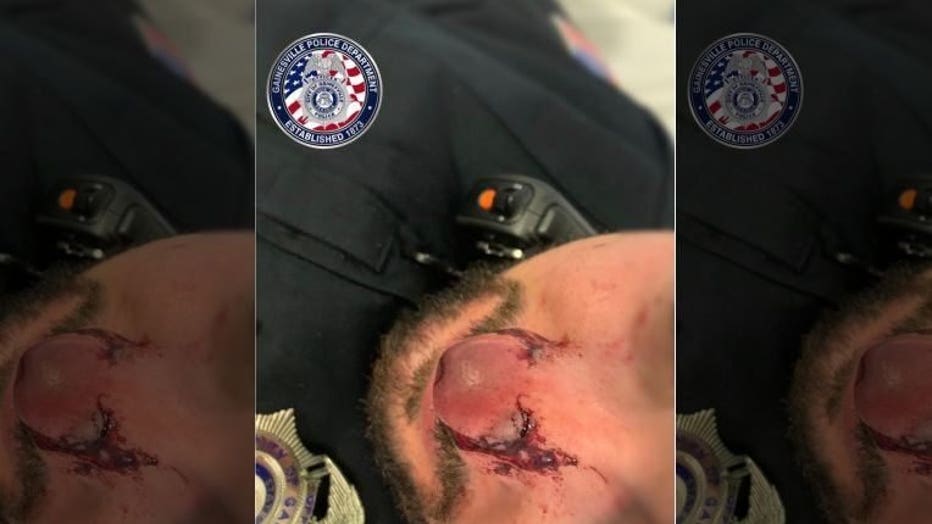 According to police, 31-year-old Kenton Thompson was being taken into custody when he was able to get free as they tried to handcuff him.

When the officers caught him, they say he bit one of the officers on the nose - resulting in what police called a serious injury and disfigurement.

The officer had to receive treatment at a nearby hospital.

Thompson is being held at the Hall County Jail after police charged him with aggravated battery, possession of a controlled substance, possession of drug-related objects, and felony obstruction.