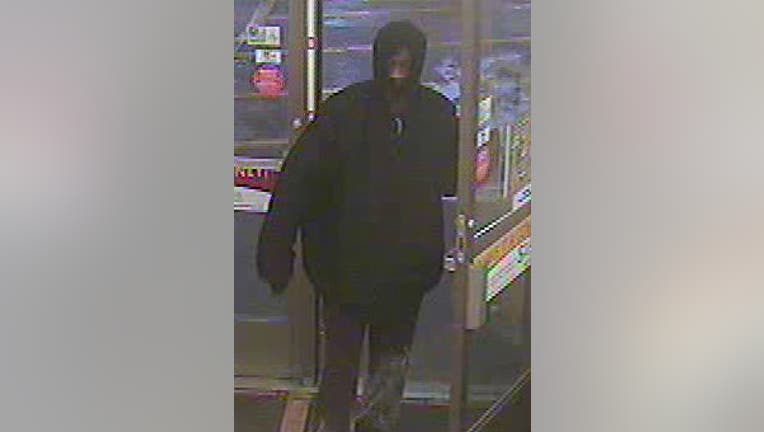 PEWAUKEE (WITI) -- The Waukehsa County Sheriff's Department is seeking the suspect responsible for an armed robbery that occurred early Tuesday morning, December 24th at a Kwik Trip located on Redford Boulevard in the City of Pewaukee.

Deputies responded to the scene around 2:16 a.m. Upon arrival, they discover the suspect had fled the scene on foot. The initial investigation indicates the suspect left the area in an unknown vehicle.

The suspect is described as a black male, 5’9”-6’0”, slender build, wearing a dark colored jacket and dark pants. The suspect displayed a handgun during this incident, and was able to obtain an undisclosed amount of money.

No injuries were sustained.

This incident remains under investigation by the Waukesha County Sheriff’s Department.