BUTLER -- It started as a simple traffic stop for speeding in Butler, but it ended in a wild pursuit and crash -- and a cry for help. 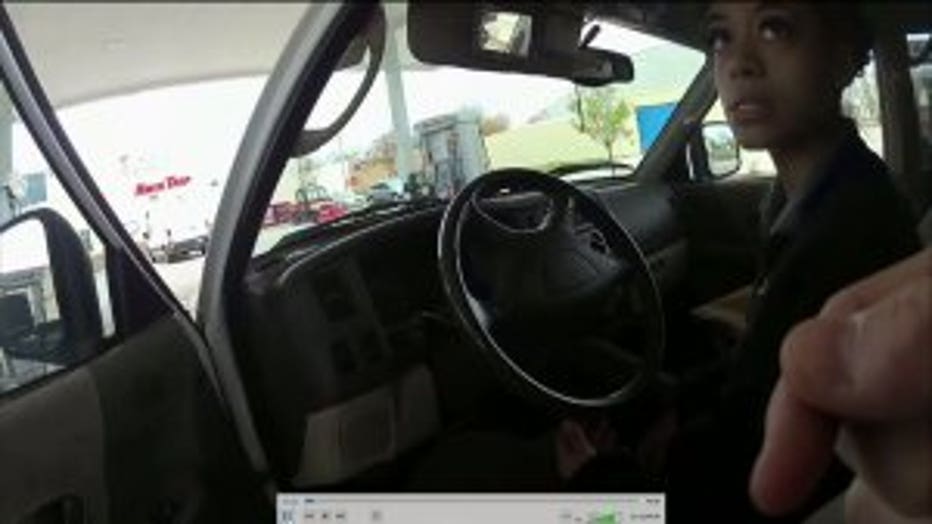 When the 20-year-old driver of an SUV was pulled over, at first, it did not seem like a big deal.

"The reason I got you back there is, you were going 47 in a 30 mile an hour zone," the officer said to the driver.

Soon, Butler police got a whiff of something else going on inside Nia Stevens' vehicle.

"Do you smoke marijuana in this car at all?" asked the officer.

"Is that why I'm smelling it?" the officer asked again. 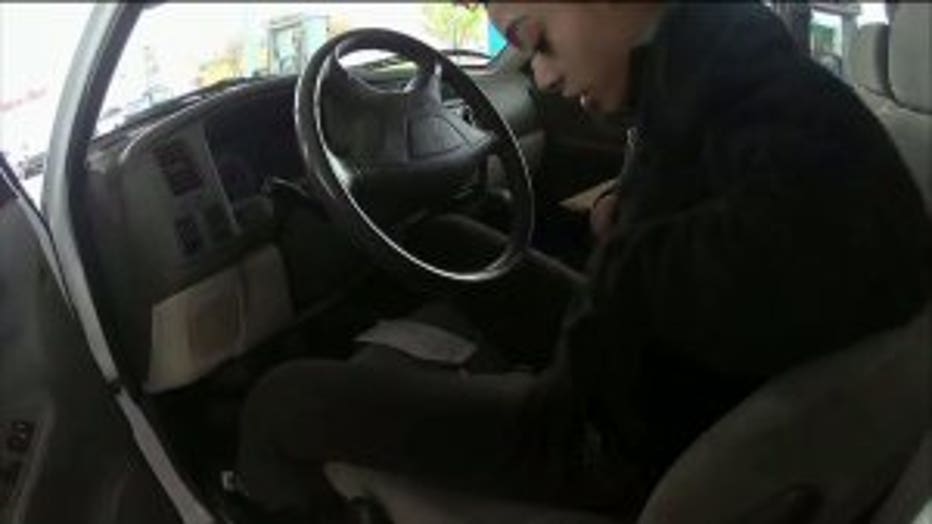 This all unfolded in the middle of the day back on May 8. Police tried to reason with Stevens.

"You can step out," the officer said.

"You're not going to get out of the car?" the officer asked. "You can just leave your keys there. You don't have to step out of your car." 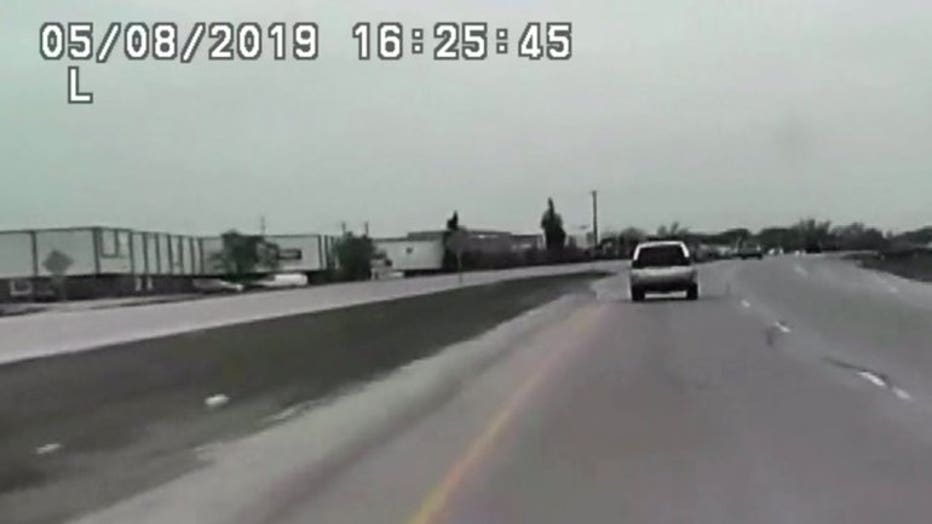 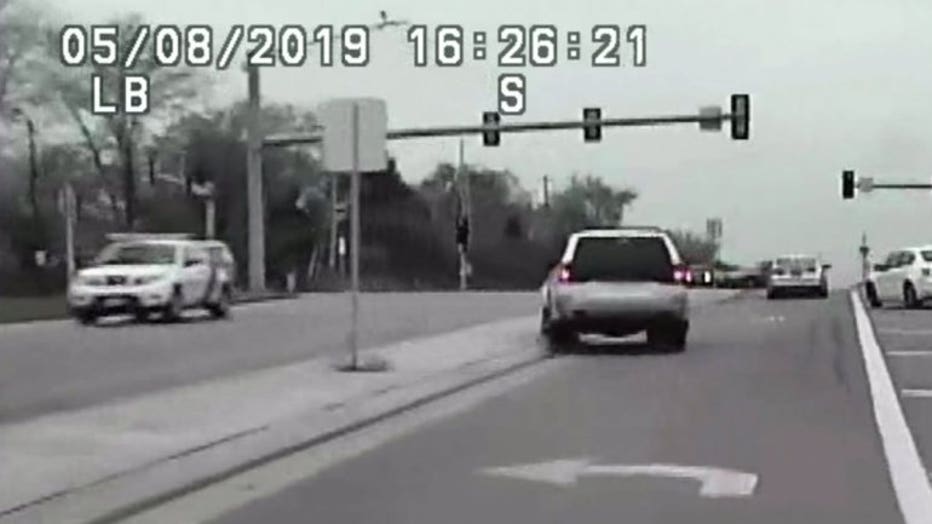 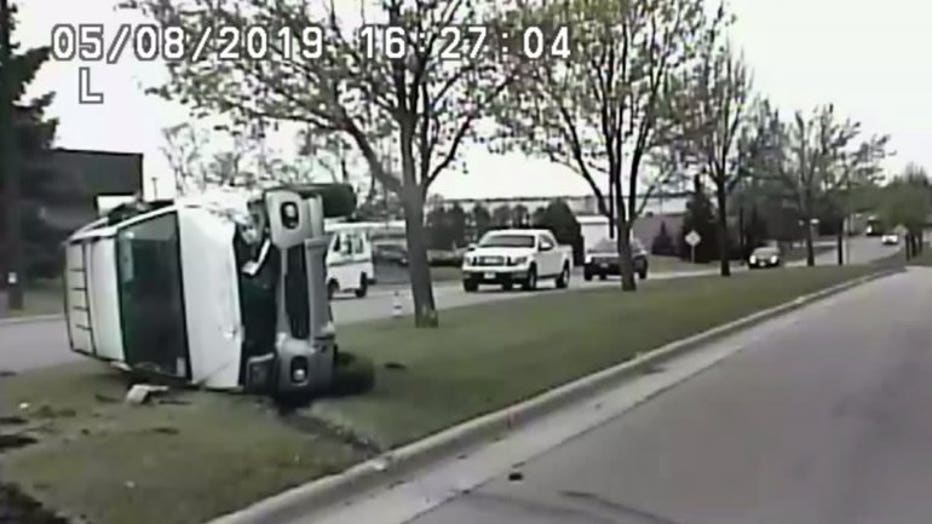 Police said Stevens struck the rear driver's side of a squad and blew through a busy intersection at Silver Spring and Lilly, before her SUV flipped over.

Stevens lifted herself out of the vehicle -- against police instructions -- and then made a startling request. 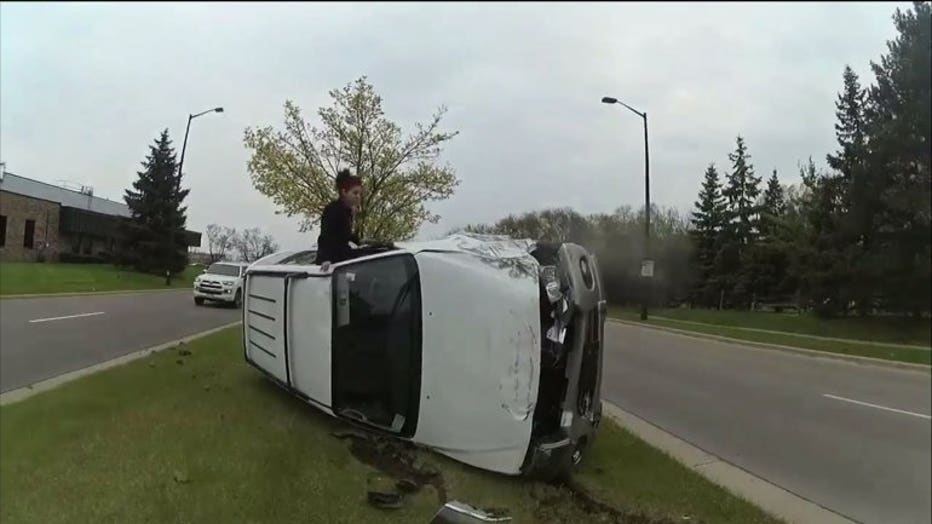 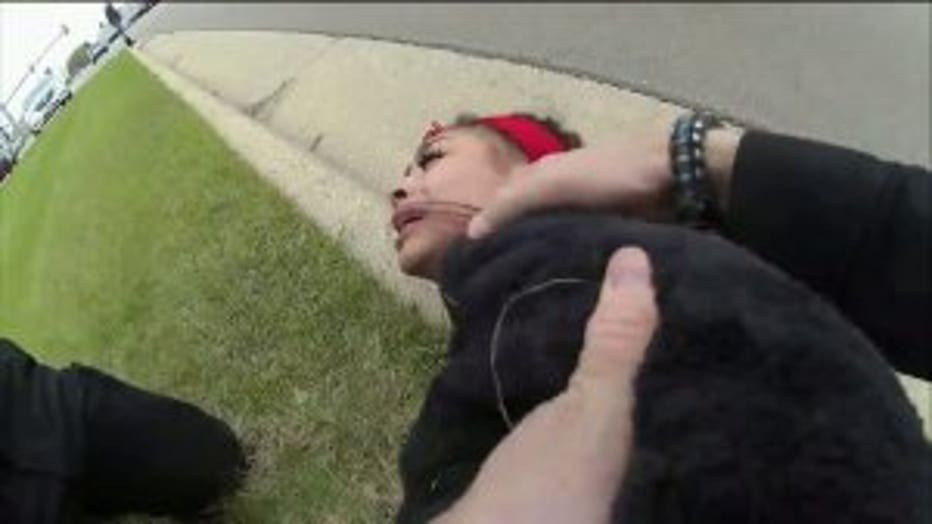 As other officers arrived on the scene, Stevens was placed under arrest. Then came another confession.

"Why did you leave?" asked an officer.

"I had a warrant," Stevens said.

Stevens was charged with eluding an officer, recklessly endangering safety, resisting or obstructing an officer and two drug charges. Police said she also tried to injure herself when she was hospitalized after the crash.

She made her initial appearance in court Wednesday, May 15. Cash bond was set at $500 -- along with a $2,500 surety bond. A preliminary hearing was scheduled for June 14.