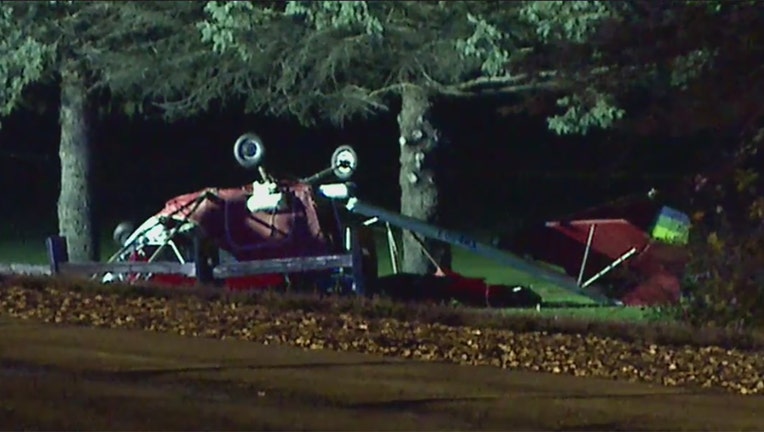 Scene of "ultralight" aircraft vehicle crash in the town of Lisbon

TOWN OF LISBON, Wis. - The Waukesha County Sheriff's Office announced on Monday, Nov. 1 that the 61-year-old pilot of an ultralight aircraft that crashed in the Town of Lisbon over the weekend has died at a hospital.

The "ultralight" single-seat aircraft crashed in the town of Lisbon on Saturday, Oct. 30. The crash happened near Songbird Hills Golf Club on State Highway 164.

The pilot, a 61-year-old man, received initial medical attention from witnesses before deputies and EMS personnel arrived and took over. The man was then taken to the hospital via Flight for Life. Officials say the pilot died at the hospital on Sunday.

Officials said in a news release, "Our heartfelt condolences go out to the victim’s family during this difficult time. The crash remains under investigation by the Waukesha County Sheriff’s Office and Wisconsin State Patrol."

23rd and Scott shooting, 1 taken to hospital with life-threatening injuries

Milwaukee police are investigating a shooting that occurred on Monday, Nov. 1 near 23rd and Scott.