SHEBOYGAN COUNTY -- Sunday was the big day -- the end of the PGA Championship at Whistling Straits. While the forecast was near 90 degrees, you can bet that didn't keep the crowds away. 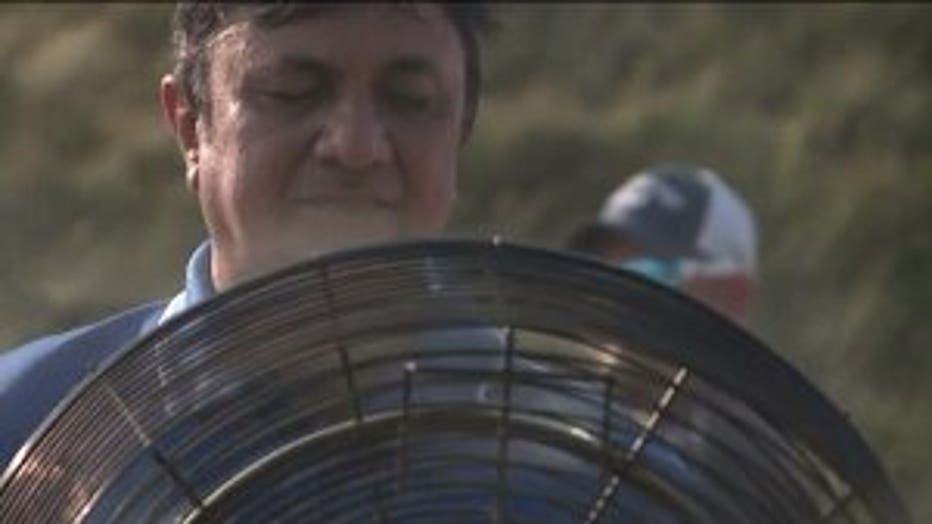 Overall, people seemed to handle the heat well. FOX6 News spoke with people who drank six or seven bottles of water, but they were determined to stay and soak the experience in.

After hours on the greens, there's plenty of relief to be found in a fan, and a little bit of mist. Some settle for a couple seconds in front of a small fan, and others go big. 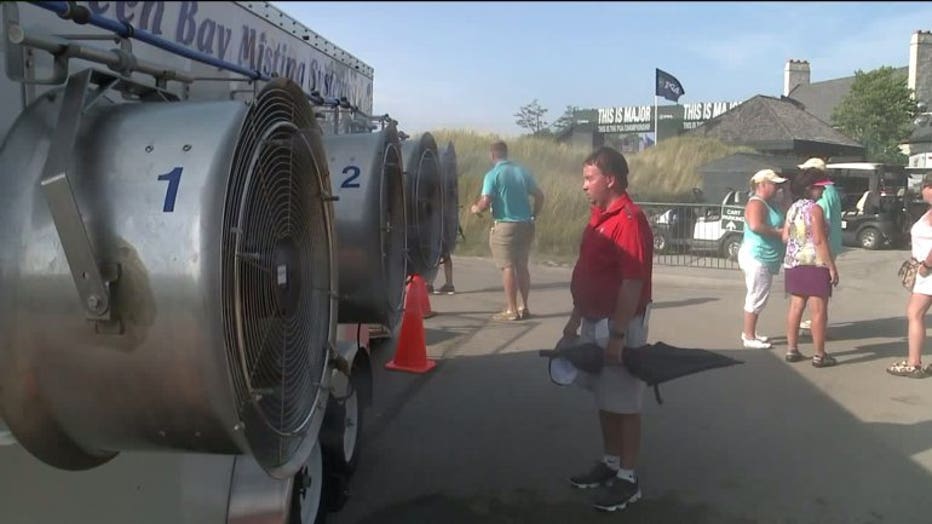 With little shade to be found out on the course Sunday, golf fans find their own or make their own. 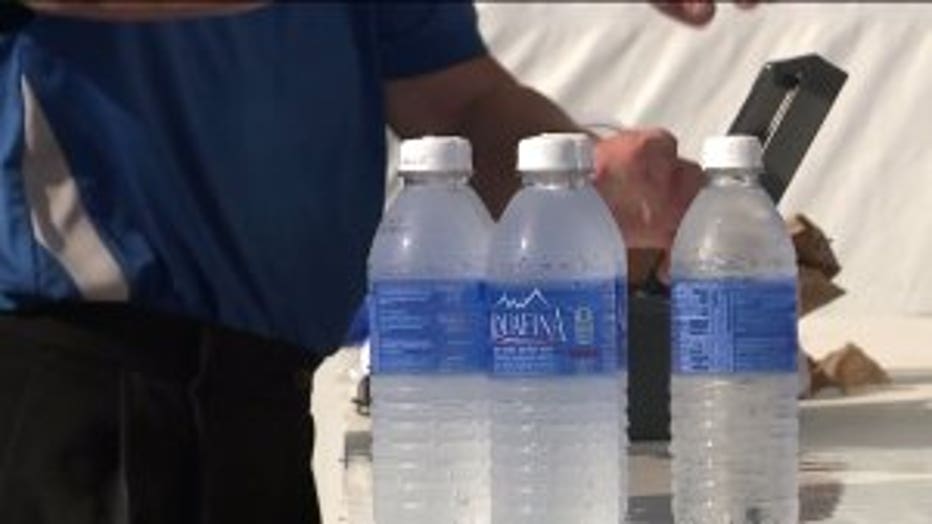 "They've got extra water stations out and God bless em for that," said Nancy Lemay, spectators.

Nancy Lemay has her own strategy.

"I got these cool cloths at the State Fair a couple years ago. No problem at all when you have these on, it keeps you nice and cool," said Lemay.

While Barbara Yeoman may be the busiest woman on the grounds. By 5 p.m., she says she sold maybe 8,000 bottles of water.

"They're saying they're roasting up there on the top," said Yeoman.

A hot day, but not nearly hot enough to keep the crowd away. 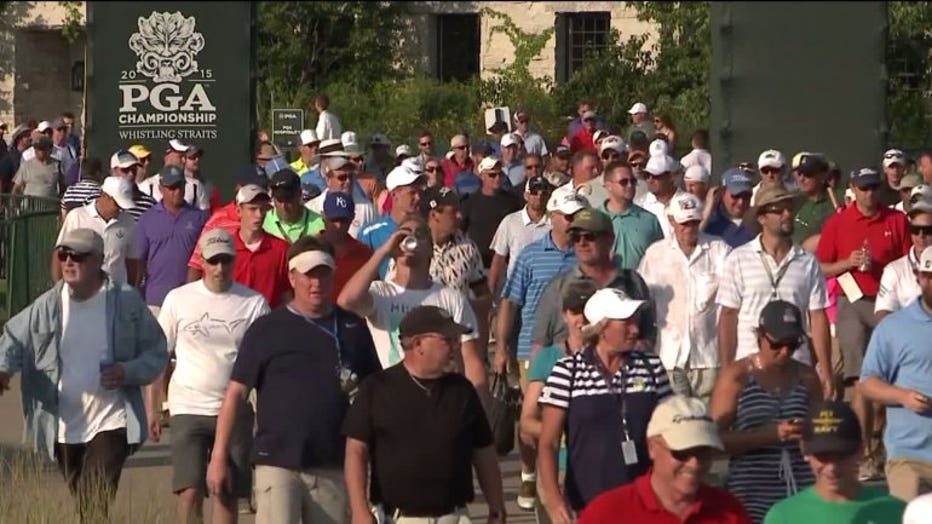 The championship director says they anticipated crowds of 200,000 for the entire event and they have surpassed attendance expectations.