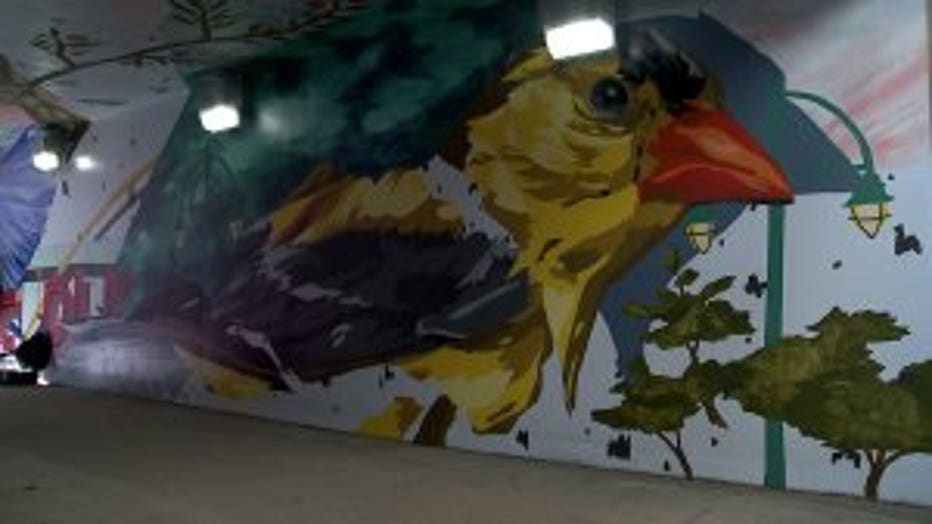 MILWAUKEE -- It was once a blank canvas nestled between downtown Milwaukee and the city's Historic Third Ward. New life has hatched inside the Jefferson Street pedestrian tunnel.

"We kind of talked a lot about a sense of wonder and surprise," said Katie Batten, mural artist. 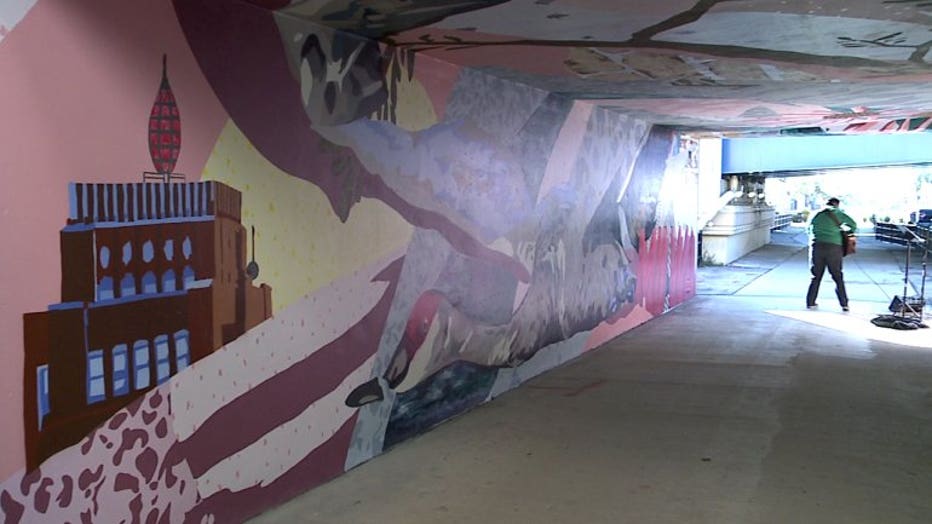 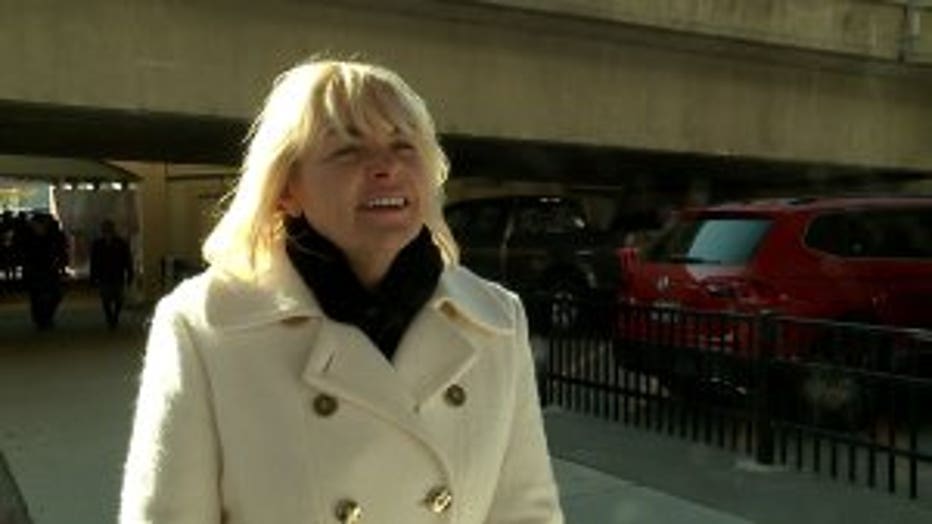 The mural is called "Migration." It was painted by two MIAD graduates who were selected from a pool of more than 30 artists.

"There seems to be so many creative people in the city; the city seems to be booming. And you know, to be part of that, we wanted to find a way -- how do we illustrate our appreciation for that?" asked Janson Rapisarda, mural artist. 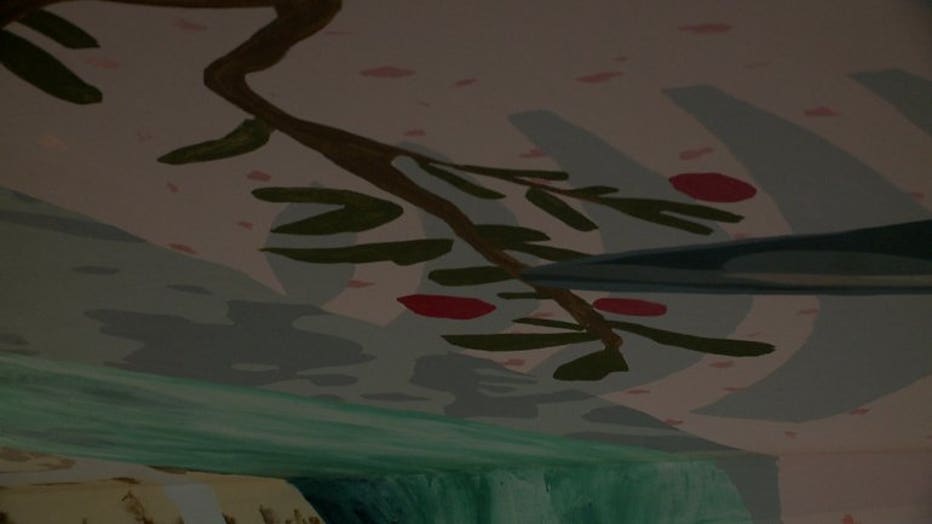 It took two weeks to complete. The 50-foot pathway of color was officially unveiled on Monday, Oct. 29.

Images of Wisconsin's local and migratory birds flying among the city's landmarks. 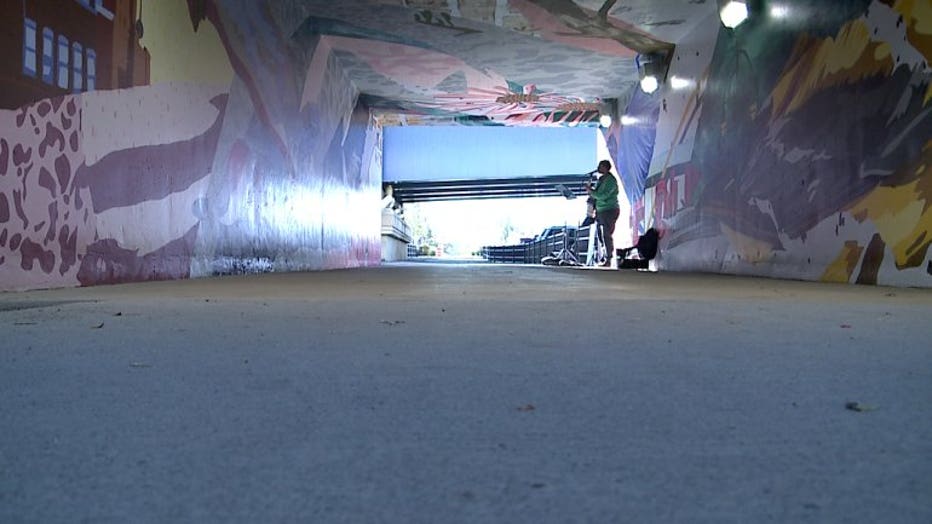 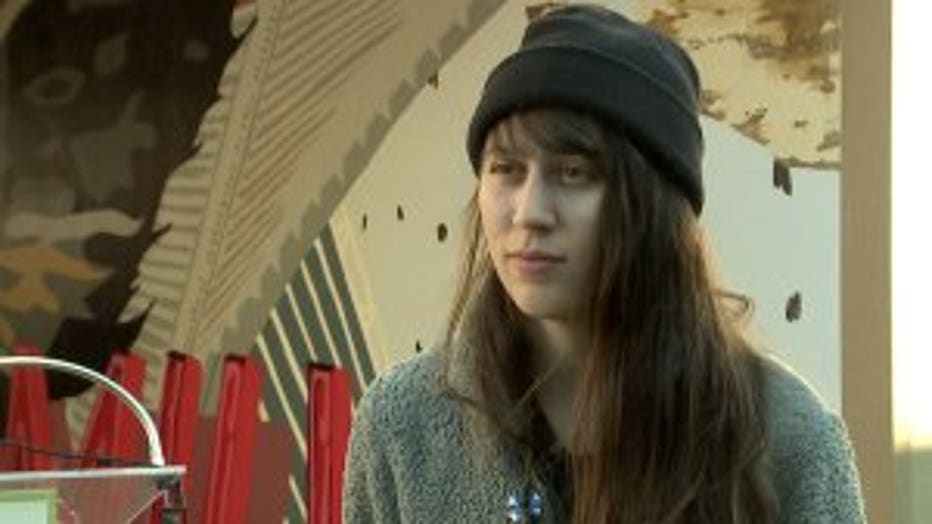 "It's nice to have a nod to the local ecology and a reference to the natural world that I think Milwaukee does a pretty good job of maintaining -- even in an urban environment," Batten said.

"People migrating from the various communities into downtown to work here, to live here, to play here or to just visit here," Weirick said.

The mural is just one of many projects initiated by the Downtown Placemaking Task Force -- to beautify the city's "Third Spaces."