MILWAUKEE -- Oscar Mayer has expanded its "WienerFleet" -- adding a drone!

According to a press release from Oscar Mayer officials, these five unique vehicles will set off on a journey to no better place than Weiner, Arkansas for the ultimate Fourth of July celebration, bringing better hot dogs to the entire town. 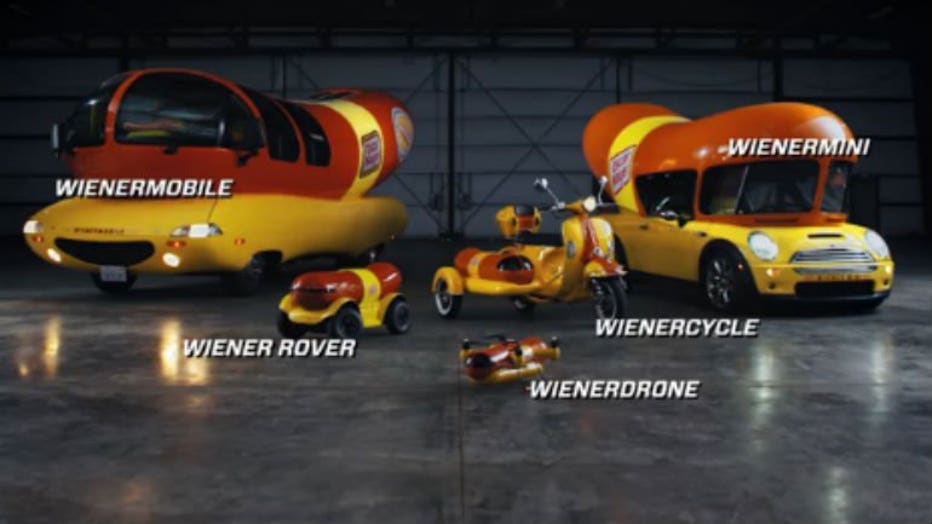 “As the most iconic brand, we’re going where other hot dogs can’t. We’re committed to getting our new hot dog in everyone’s hands – and going to great lengths to do this. We knew that was a job for more than just our existing Wienermobile,” said head of marketing at Oscar Mayer, Greg Guidotti in the release. “So we’ve expanded our Oscar Mayer fleet, ensuring every American can taste the new recipe because we believe everyone deserves a better hot dog.”

According to Oscar Mayer, the new WienerDrone and WienerCycle are fully equipped vehicles specifically built to deliver the new Oscar Mayer hot dogs. The new hot dogs include no nitrates and nitrites and no artificial preservatives.

The WienerCycle is a three-wheeled moped, ideal for tricky urban deliveries, traveling on land with a sidecar that doubles as a hot dog warming station.

Oscar Mayer officials said the WienerFleet expansion shows how Oscar Mayer is going to great lengths “for the love of hot dogs,” not only with its new hot dog recipe, but in connecting with consumers over the key grilling season, and getting a better dog in consumers’ hands.

Interested in having the iconic Wienermobile visit your town? Hot dog fans everywhere can follow @Wienermobile on Twitter for updates on its summer-long mission, and use the hashtag #ForTheLoveOfHotDogs #contest for a chance to win a stop along its route.