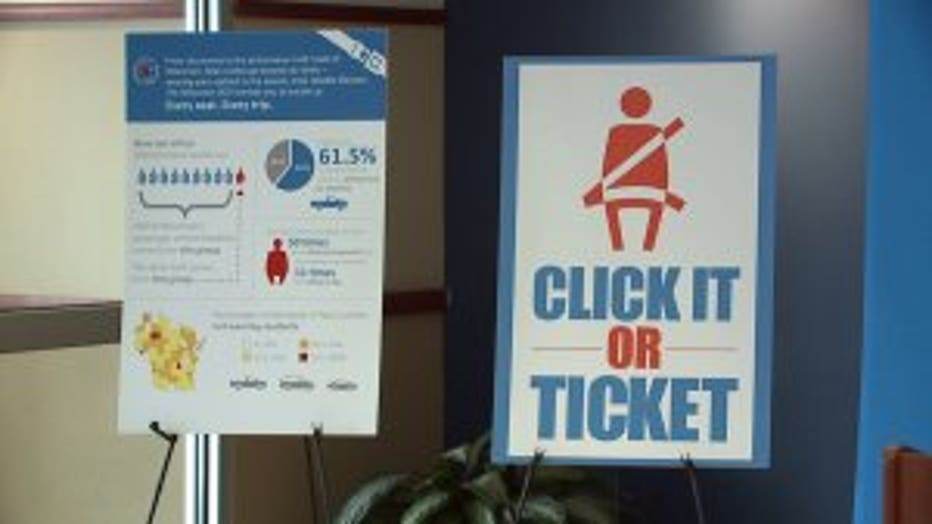 WAUWATOSA -- Green Bay Packers' great Donald Driver kicked off the summer travel season urging drivers to buckle up as part of the annual Click It or Ticket campaign set to begin soon.

"We have to encourage every single person to do it," said Driver.

The numbers have gotten better but still are not good enough. 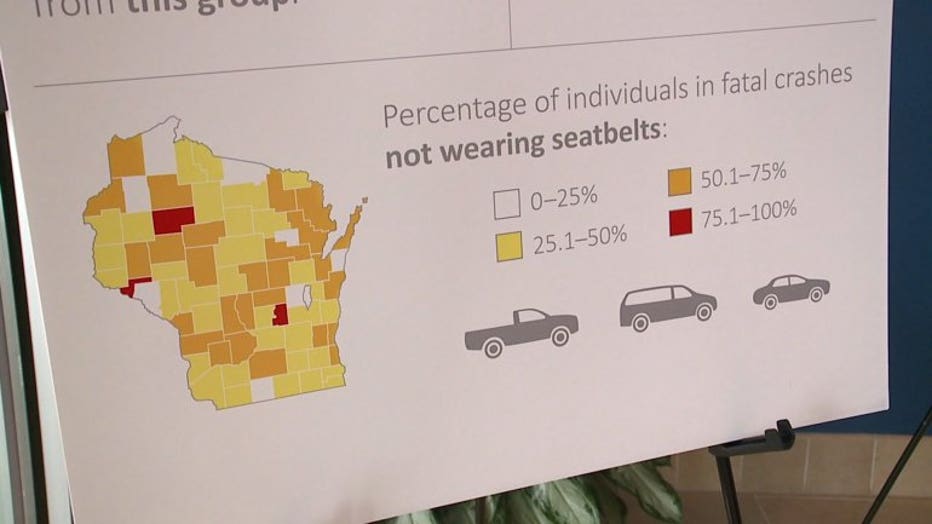 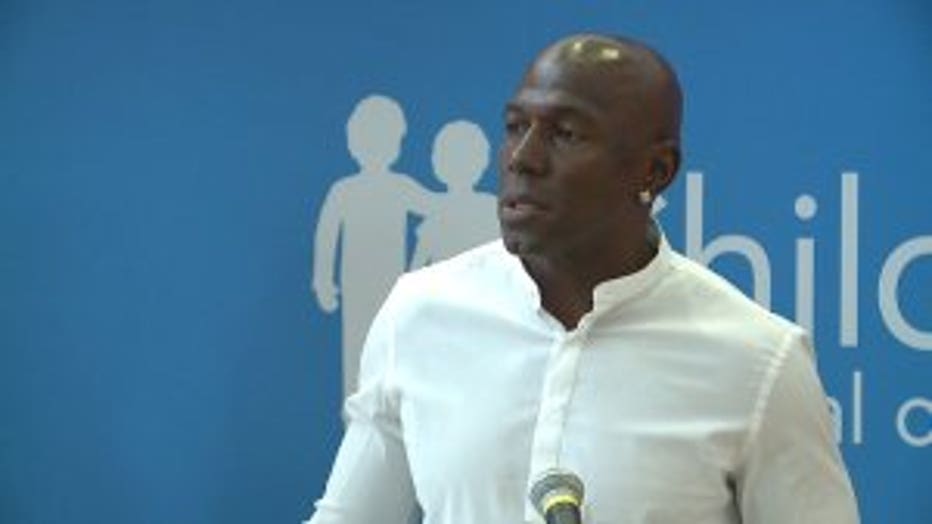 "You know our goal right now is to make sure everyone wears a seat belt," Driver said.

Donald Driver was back in Wisconsin on Friday, May 4 along with Wisconsin Lieutenant Governor Rebecca Kleefisch, and Wisconsin Department of Transportation (WisDOT) Secretary Dave Rossto to stress the importance of seat belt use.

"We have to be examples," said Driver. "When I get into my car with my kids, the first thing we talk about is to make sure we put our seat belt on." 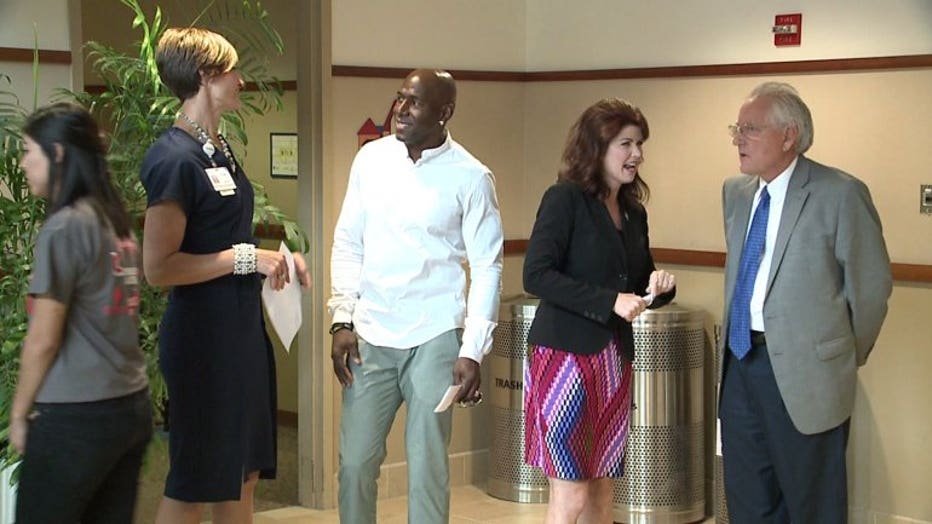 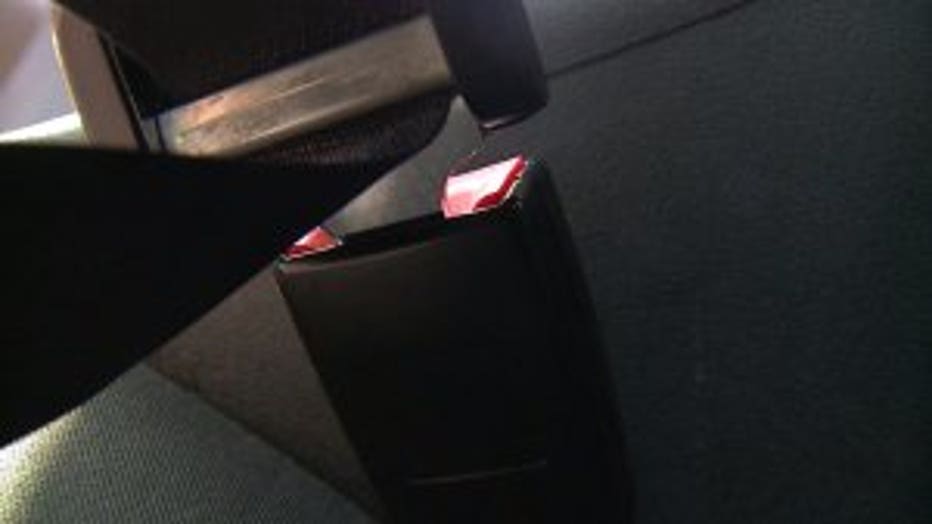 The Wisconsin Department of Transportation (WisDOT) reports, seat belt use has risen over the last decade from 74 percent to 90 percent -- still lagging behind the national average. Last year in Wisconsin, there were 58,899 traffic convictions for failure to fasten a seat belt.

“Our comprehensive public education and law enforcement efforts are making a difference. Still, we see too many needless and costly tragedies occur simply because people fail to buckle up," said Lt. Governor Kleefisch.

"So my students do activities with other student bodies and in the community," said Dee Dee Giovingo, teacher at Badger High School.

"We also go to other elementary schools out in our communities," said Jaqui Reyes, senior at Badger High School. 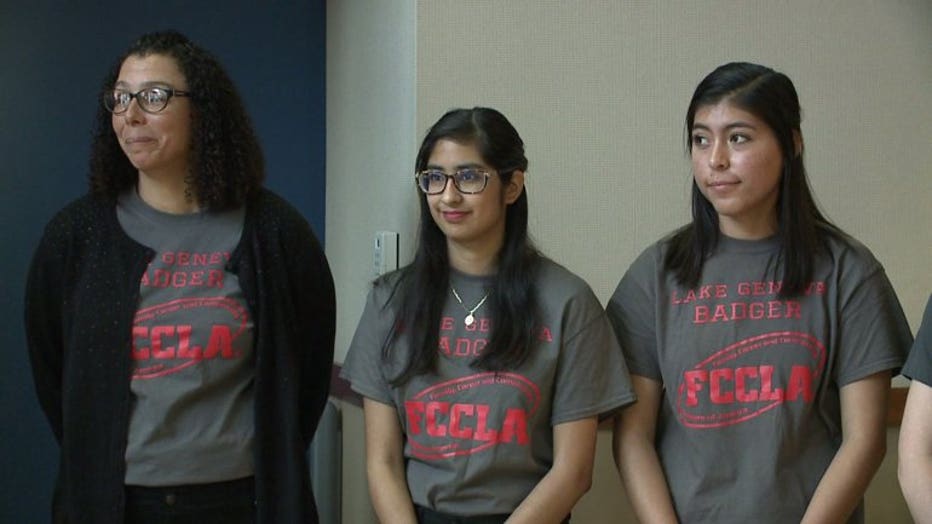 The annual Click It or Ticket (CIOT) seat belt mobilization is set for May 21 – June 3. 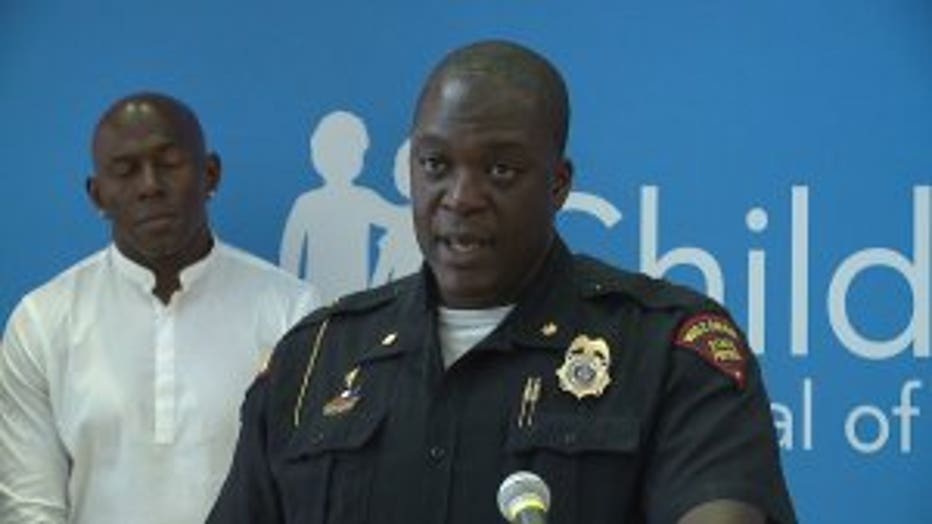 "Under Wisconsin law, motorists can be pulled over and ticketed for not wearing a safety belt," said Maj. Anthony Burell, with the Wisconsin State Patrol.

Agencies are increasing patrols during this stretch and logging extra hours on seat belt enforcement. 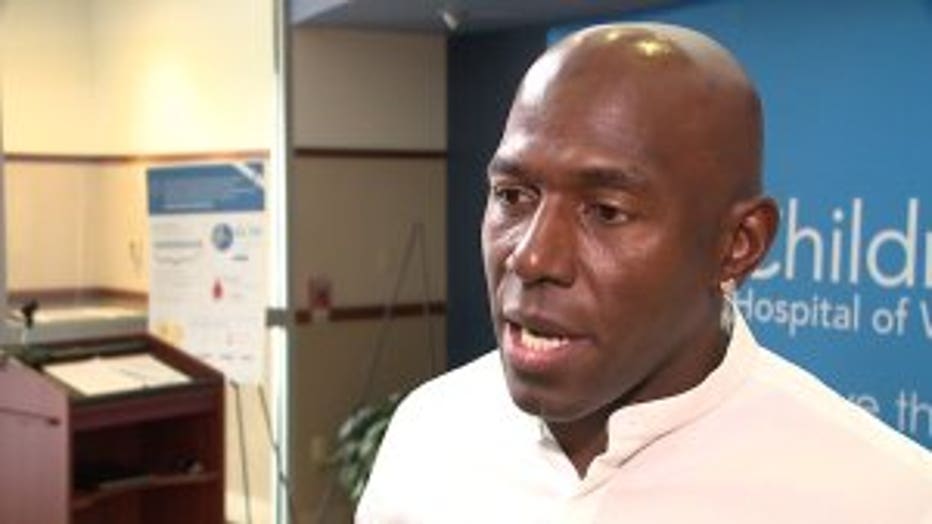 “As always, the goal is not to write citations, but to get motorists to voluntarily comply with traffic safety laws that help make our roadways as safe as possible for everyone,” said WisDOT Secretary Dave Ross. “Although just 10 percent of motorists fail to buckle up, this relatively small group accounts for nearly half of the drivers and passengers killed in Wisconsin traffic crashes each year.”

"If we follow more rules we'll be able to save more lives in the State of Wisconsin," said Driver.

Driver says, students made great peer role models but parents need to step up their game too.

"We just need to be examples for your kids and I think that's most important and we know one of our biggest distractions is our cellphone," Driver said.

The WisDOT says nationally, traffic crashes are the leading cause of death for teens and young adults. Key factors in fatal traffic crashes among younger motorists include failure to wear safety belts, combined with inexperience and over-confidence behind the wheel.