KENOSHA COUNTY -- A 22-year-old Kenosha man, charged after his baby inadvertently ingested vodka was sentenced to serve one year of probation. 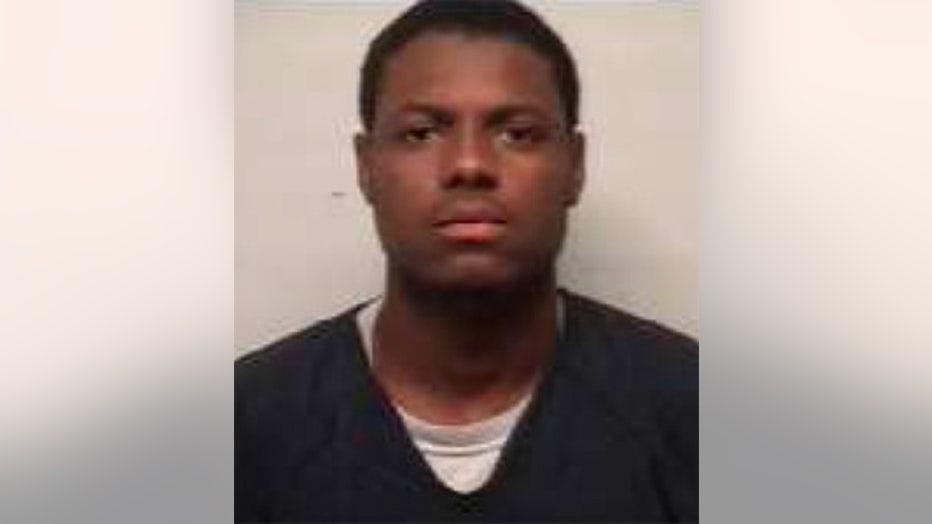 Smith was then placed on probation for a year, and given credit for 53 days served if his probation is revoked.

Kenosha police say the infant ended up in intensive care after her mother accidentally used two ounces of vodka to mix the baby's formula. Police said the one-month-old baby girl had a blood alcohol level over 0.29.

The 20-year-old mother told officers she didn't know that the baby's father had emptied a water bottle -- filling it with vodka -- before she used it to mix the baby's formula. She soon noticed the baby was acting abnormally.

The parents then got into an argument, police said. The 22-year-old father was arrested.

Allen Jones, Smith's father, was in court as Smith made his initial appearance -- with one of his granddaughters in tow. His other granddaughter, six-week-old Davier, was recovering after accidentally ingesting vodka.

"It was a mistake. It was an honest mistake," Jones said.

Despite the shocking circumstances, police felt the same way about the incident involving the vodka.

"There was no intentional act or neglect on behalf of the parents," Lt. Brad Hetlet said.

It's what happened afterwards that left 22-year-old Brian Smith in handcuffs, and facing charges.

"That`s what led to the argument -- one person blaming the other," Lt. Hetlet said.

A criminal complaint filed against Smith indicates police were dispatched to a home on 52nd Street for "unknown trouble." Officers were advised that a female caller stated that someone put their hands on them, and screaming could be heard in the background.

Upon arrival, an officer observed 10-15 people in the parking lot -- surrounding a vehicle. Smith was seen holding the back passenger door open, and "screaming and swearing" at the other people on scene.

Smith's mother and others on scene were trying to pull Smith away.

The complaint indicates that as soon as Smith saw an officer, he "stared at her," and then came toward her with clenched fists and his muscles flexed -- stating "don't (expletive) touch me."

The officer then pointed her Taser at Smith, and ordered him to back up.

Other officers arrived on scene to assist -- and as one officer grabbed Smith's arm so that he could lead Smith away from the group of people gathered -- Smith pulled his arm away, according to the complaint.

The officers then worked to secure Smith in handcuffs -- but he was able to maneuver his hands in front of his body. Smith was then stabilized on the hood of the vehicle, and ordered to stop resisting.

The complaint indicates Smith continued to struggle with officers and push off of the vehicle.

Eventually, Smith was placed in handcuffs and then placed into a squad car. While inside, the complaint indicates Smith banged his head on the window, and spit on the windows.

Smith had been consuming alcohol prior to his arrest, according to the arrest report.

Officers spoke with the mother of the baby, who was "crying and sobbing uncontrollably." That woman told officers Smith had choked her, and that she wasn't able to breathe. Officers observed scratches and redness on the woman's neck.

Officers then learned the baby had consumed approximately two ounces of vodka. The baby's breathing appeared labored, though the baby was conscious and alert. The baby was taken by ambulance to Aurora Hospital, and later transferred to Children's Hospital.

The complaint indicates officers spoke with the baby's mother again at the hospital.

She indicated she and Smith, along with their two children were walking home from the grocery store when she noticed the baby was "acting funny." The woman said the baby's eyelids were squinted, her hands and toes were red, she kept shaking one leg, and she wouldn't look at her mother when her mother called her name.

They were nearly home when Smith asked the woman whether she had made the baby a bottle before they left for the store -- asking her what water she had used to make the bottle.

An argument then ensued as Smith and the woman arrived back at their apartment building.

The complaint indicates Smith threw a water bottle at the woman, which hit her in the back of the head. He's also accused of grabbing the woman's neck with his right hand, and pushing her against a wall -- then squeezing her neck to the point where she was unable to speak.

The woman then called Smith's mother and asked that she come over.

The complaint indicates when Smith's mother and sister arrived, Smith ignored them as they tried to talk with him.

They then decided to take the baby to the hospital, at which point Smith is accused of yelling that "everything was (the baby's mother's) fault."

As they were leaving the apartment, the complaint indicates Smith pushed his sister into a wall in the hallway of the apartment building. Smith's sister told officers he also put his hand on her throat and began to choke her, but she was able to breathe. Neighbors then exited their apartments to see what was going on.

When Smith learned he wouldn't be getting his car keys, the complaint indicates he grabbed the baby's mother again by her neck and pushed her against the stairs. Smith is accused of squeezing the woman's neck so hard she couldn't breathe.

The baby's mother told officers a "Good Samaritan" saw this, and hit Smith in the head.