On board the aircraft carrier USS Eisenhower; one of the “most dynamic working environments”

On board the aircraft carrier USS Eisenhower; one of the "most dynamic working environments"

NORFOLK, Virginia -- Welcome to the USS Dwight D. Eisenhower, floating somewhere in the Atlantic Ocean. We’re at the end of a whirlwind experience onboard. And as we get on a plane for our flight back to the mainland, there’s time for one quick thought: “How the heck did we get here?” 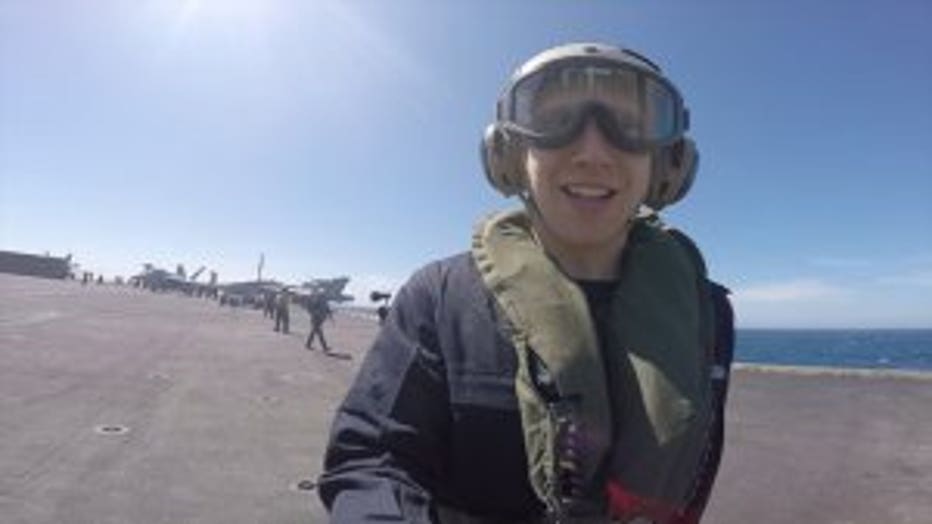 Naval Station Norfolk is a sprawling complex in southeast Virginia that happens to be the largest naval base in the entire world. We arrived in early April – reporters from around the country – to learn what it takes to be in the U.S. Navy. And the first lesson is a simple one. You have to look the part.

“This is the most confusing pair of pants I’ve ever put on in my life,” Carl declared inside the Navy Exchange fitting rooms.

“The 13 buttons on the pants represent the thirteen original colonies."

“The 13 buttons on the pants represent the thirteen original colonies,” Commander Dave Hecht says, explaining the design of the Navy’s dress blues.

After getting things straightened out, our second day brings us to the airfield on base for our trip to the Eisenhower.

Taking off from Norfolk is one thing. Landing on a tiny strip in the middle of the ocean, is a whole separate beast. The pilots of our C-2 Greyhound have to pull off what’s known as a “trap” landing. The plane’s tailhook must catch one of four wires on the carrier’s deck. It’s like a military-grade amusement park ride. 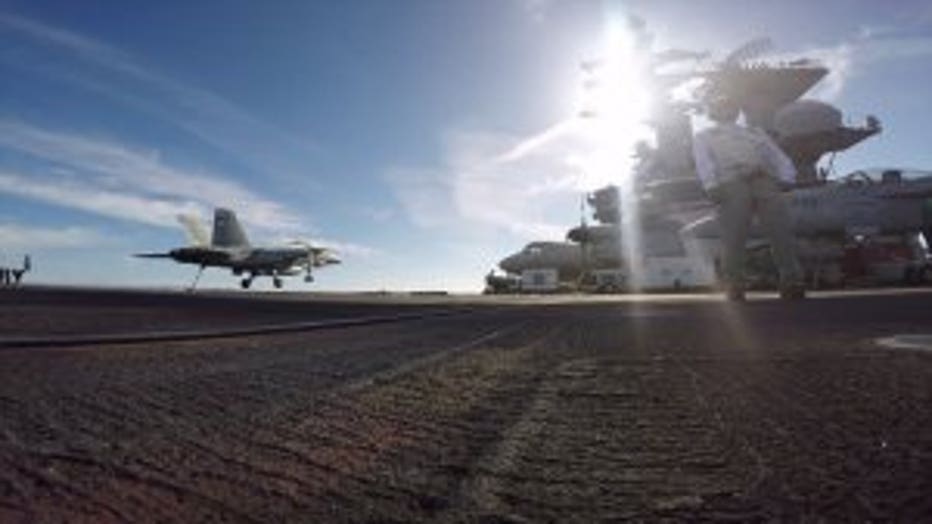 And even more of a rush than the landing, is the first glimpse we get through the doors – open ocean and fighter jets. We are most definitely not in Wisconsin anymore.

“It’s one of the most dynamic working environments here known to man,” says Lieutenant William Tschumy.

In a blur we’re taken inside for orientation. And before we have the chance to get our sea legs, let alone let the adrenaline die down, we’re back up top, less than 50 feet from an F/A-18.

“This job is absolutely exhilarating,” Tschumy says. “This is the epitome of naval aviation.”

The flight deck is a 4.5 acre chessboard, where the pieces are always moving. 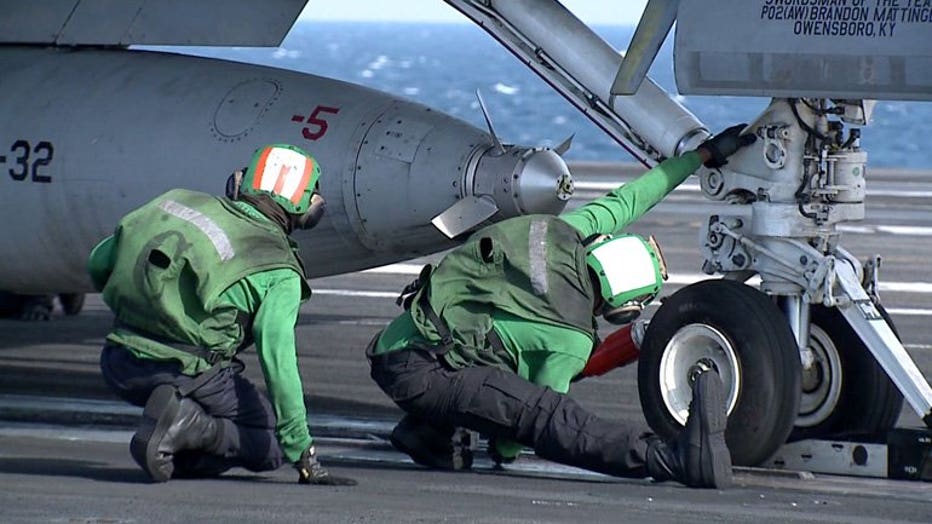 “Everybody has their little part,” Lieutenant Bob Castor explains. “And if there’s one chink in that armor, that puzzle can fall apart. It’s constant, non-stop communication.”

The USS Dwight D. Eisenhower, or Mighty Ike for short, returned December 30th from a seven-month deployment to the Mediterranean and Persian Gulf. The crew launched about 1,900 combat missions against ISIS targets in Iraq and Syria. 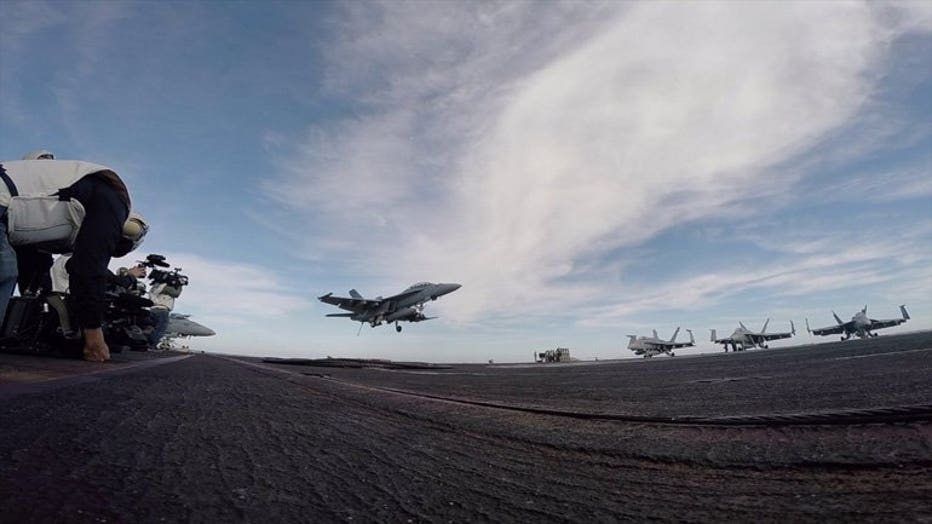 “You’ll see kind of the ballet that we have."

“You’ll see kind of the ballet that we have,” says Commander Kevin Pickard, describing all the moving parts on the flight deck. “And that takes a lot of training and it takes a lot of experience.”

For a total of 27 hours, we experience what life is like for the more than 5,000 men and women aboard this floating city on the sea. There’s a post office, a hospital and even a Starbucks. The quarters may be cramped. 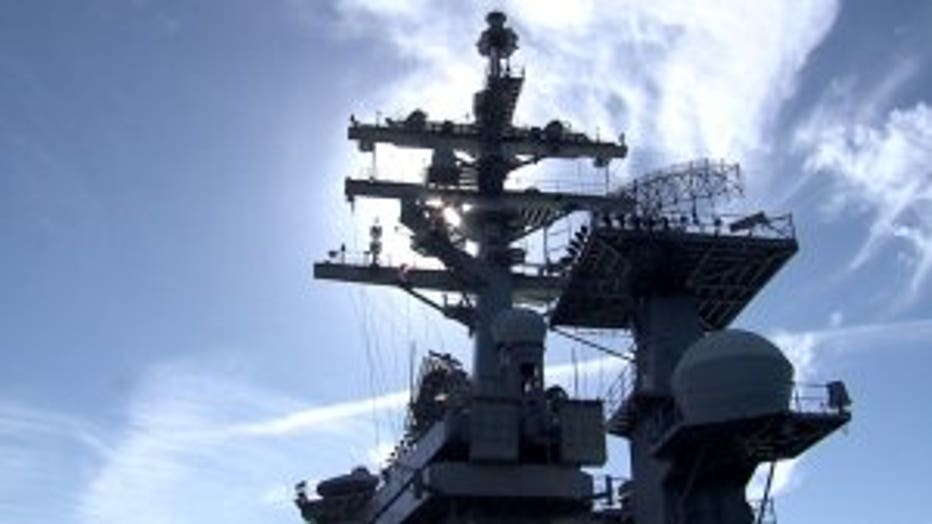 “It’s a perfect single-person apartment,” jokes Machinist’s Mate and West Allis-native Clayton Komassa as he climbs into his bunk. “Fully-furnished.”

And conditions can be tough.

“Down in the reactor plant in the Gulf,” Komassa explains. “It got to temperatures as high as 140 degrees.”

But traveling the globe does have its perks.

“I actually went inside the Eiffel Tower,” adds Logistics Specialist Demonte Lewis, a Milwaukee-native. “Ate in a five-star restaurant.” 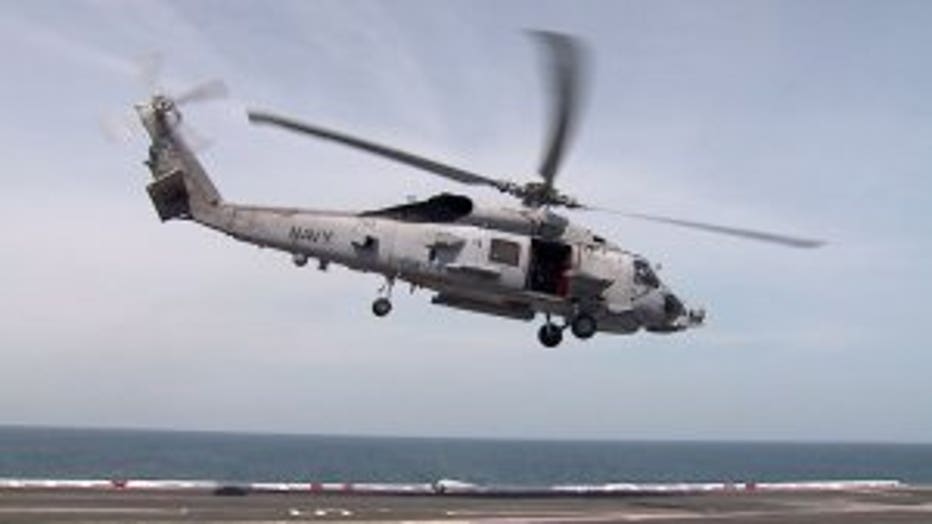 The average age aboard the Ike is just 22 years old.

But every single person has a role to play in making the aircraft carrier the most powerful force in the Navy.

"Everybody on the ship and everybody in the crew kind of pulls together."

“Everybody on the ship and everybody in the crew kind of pulls together,” Pickard says. “And you become a little family out here.”

And our time with that family is running out. We board the plane, strap in and prepare for our own catapult shot off the edge of the flight deck – zero to 150 mph in two seconds.

A fitting way to finish three exhilarating days in the U.S. Navy. 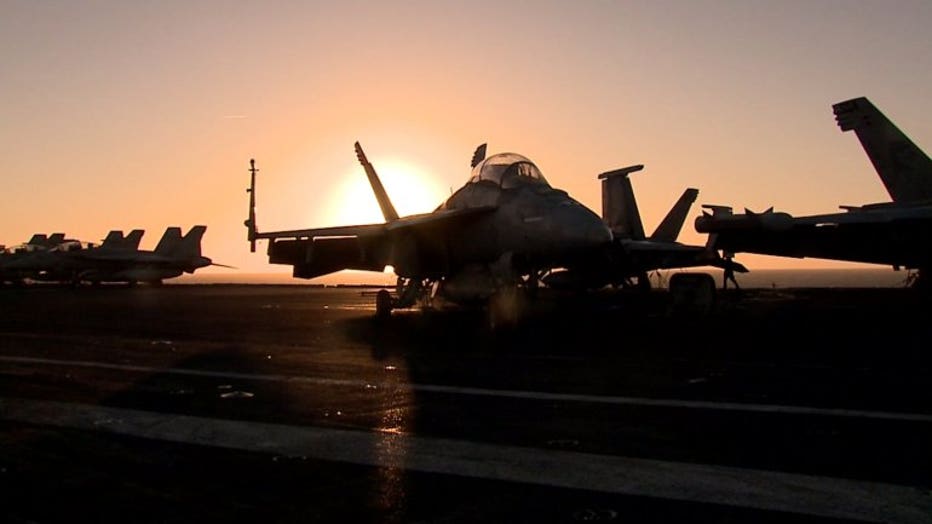