WARNING: The image below may be disturbing to some viewers.

WHITEFISH BAY -- North Shore Fire and Rescue personnel rescued a 15-year-old boy from the beach area of a Whitefish Bay Park on Saturday, where he had gotten stuck while swimming.

Officials said the boy was swimming approximately 50 yards away from the shore of Big Bay Park when he got stuck. There was a brick wall near the area he was swimming in that had about eight inches of rebar sticking out.

The rebar went through the boy's foot and emergency crews used a bolt cutter to free him. However, he still had part of the rebar in his foot

The boy was taken to the hospital and is expected to recover. 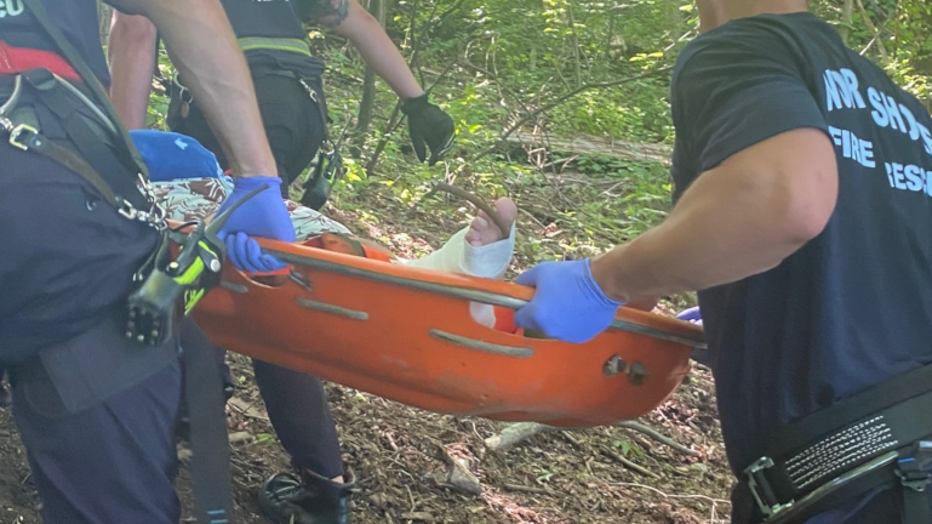