Offenders threatened, jailed for `false` alerts from alcohol-monitoring bracelets: “I didn`t do anything wrong!”

Offenders threatened, jailed for `false` alerts from alcohol-monitoring bracelets: "I didn`t do anything wrong!"

MILWAUKEE— He swears he was not drinking, but his ankle bracelet detected alcohol and that almost landed him back in jail. A Milwaukee man has shared his story with the FOX6 Investigators with the hope that the same thing won't happen to someone else.

Dave Matthews Band played a long show, but not long enough for Joel Clifford to sober up before leaving Alpine Valley last summer.  Body camera video obtained by FOX6 shows Clifford telling police he thought he was "OK to drive."

"When was the last time you had a drink?" the East Troy police officer asked Clifford.

"About four hours ago," Clifford said.

He should have known better. This was not his first offense.  It was his third.

"Bottom line, I made an unwise adult decision," Clifford said. 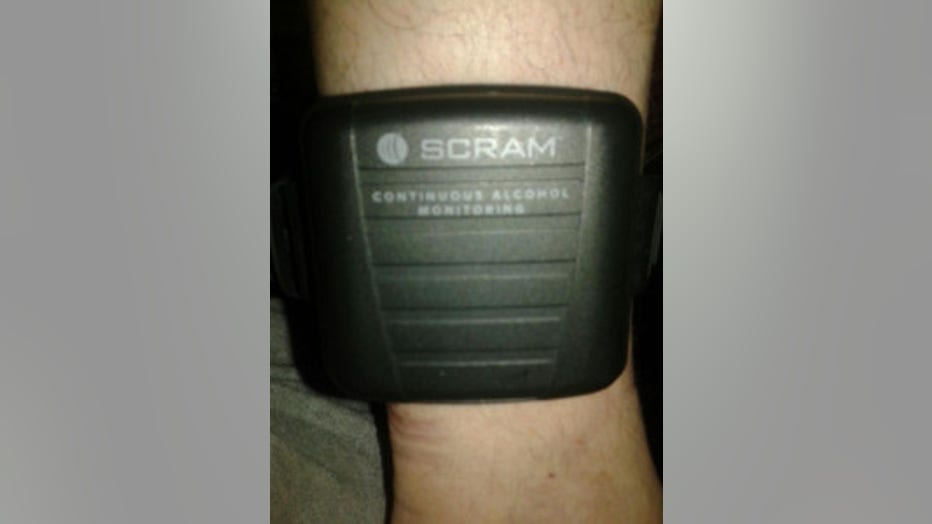 Convicted of his 3rd OWI, Joel Clifford was placed on a SCRAM ankle bracelet, which monitors alcohol in the body through vaporized skin sweat.

Clifford was sentenced to 60 days in the Walworth County Jail, but he was allowed to serve it in Milwaukee County on house arrest with so-called Huber release privileges to go to work.

"Being out on Huber, being out on GPS is a privilege, and I was trying to follow the directions to take advantage of that privilege," Clifford said.

To make sure he stayed sober, the court ordered Clifford to wear an ankle bracelet that detects alcohol through the skin. That's when he ran into more trouble.

"I didn't do anything wrong and they're sending me back to jail," Clifford recalled thinking at the time.

The bracelet is known as a SCRAM device, or Secure Continuous Remote Alcohol Monitor.

Jason Tizedes describes it as "a breathalyzer for your ankle."

Tizedes is sales manager for Alcohol Monitoring Systems (AMS), makers of the SCRAM bracelet, which is now being used in almost every state in the country. The bracelets keep tabs on approximately 350 Wisconsin offenders every day. Tizedes says the vast majority of those offenders -- 99.2% -- remain alcohol-free.

"Our primary focus is to try to change the lives of the people that are wearing the devices," Tizedes said.

Every 30 minutes, the SCRAM bracelet checks vaporized skin sweat for traces of alcohol. That data is periodically uploaded to the agency that's monitoring the offender. Here in the Badger State, it's a private, non-profit called Wisconsin Community Services (WCS).

Clifford says WCS knew he worked as a bartender at On The Border, a so-called "gentlemen's club" in Franklin. He's been a bartender there for the past 12 years. Because he works around alcohol all day, he knew he'd have to be extra careful while wearing the SCRAM device.

"You're pouring drinks, you feel something, I'm gonna assume it's alcohol," Clifford explained. "Ran back to the sinks. Washed my hands. Had a couple, few extra dry towels right there. Dried my hands off right away."

His first night on the bracelet, he poured drinks until 3:30 in the morning. He went home, crashed on the couch, and then awoke to a phone call.

Clifford says his roommate drove him to the WCS office, where he was repeatedly questioned about how much alcohol he had to drink. He says the staff did not seem to buy his story that he'd consumed nothing but water. 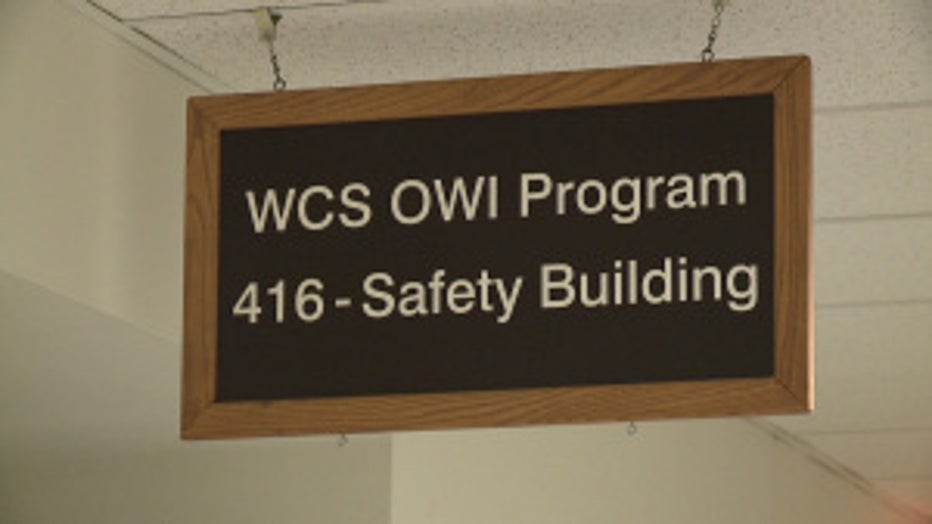 Clifford says staff in the WCS office accused him of drinking and handcuffed him to a chair. He was later released when it was determined the alcohol alert came from other "environmental" sources.

"'You're drinking. Why don`t you just tell us you were drinking?' Which I wasn't. 'Why don't you just tell us what happened?' I'm like, 'I didn't drink!' They're like, 'Take him to the front, detain him.' They handcuff me to a chair,'" Clifford said.

It had already been several hours since his shift ended, so it was too late for Clifford to take a breath test that could independently verify his sobriety at the time in question. But eventually, WCS let him go without explaining why.

"My boss was like, 'I saw you all night. You didn't drink. But whatever you did, don't do it again,'" Clifford said.

"A lot of these participants are looking at having their liberties taken away and that`s something we take very, very seriously," Tizedes said.

Tizedes would not comment on Clifford's case, specificially, but he says SCRAM bracelets have a low rate of false positives -- 0.11%. That's about one out of every 909 alcohol alerts. Even then, there are human analysts who comb over the data to make sure they don't make a mistake.

"I don't believe that happens," Tizedes says. "And if it has happened, it's extraordinarily rare.'"

But SCRAM is not the only alcohol bracelet on the market. Another repeat drunk driver, who we'll identify only as "Jennifer," told the FOX6 Investigators that she was hauled away to jail due to false alerts on an alcohol monitoring bracelet.  She agreed to share her story if we agreed not to publish her real name.

In 2013, the Milwaukee probation office put her on a different bracelet -- the Transdermal Alcohol Detector from BI, Incorporated, or BI/TAD for short. Jennifer wore the bracelet without any issues for the first four months, but then a series of alcohol alerts landed her back in custody.

"I was like, 'I told you, I wasn't drinking! Period. I haven't drank since my arrest,'" Jennifer said. 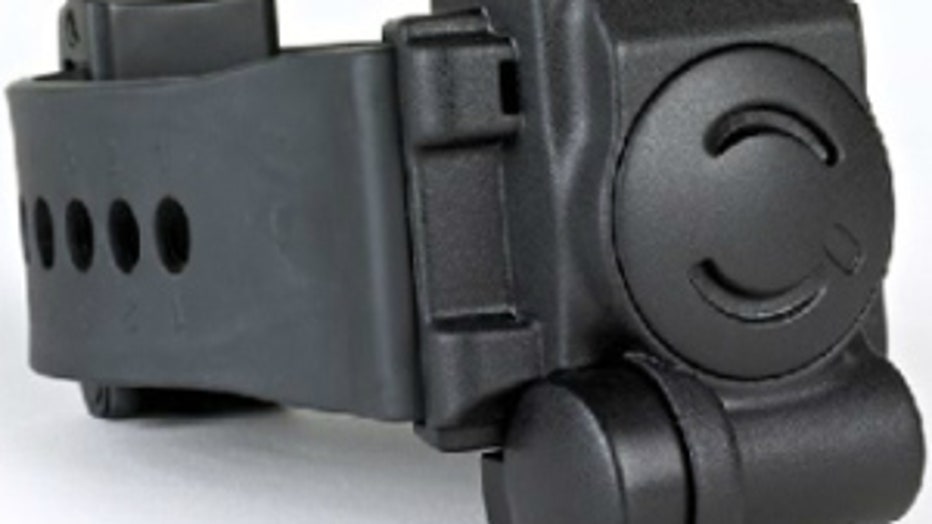 Another offender FOX6 identifies only as "Jennifer" was arrested, then released, after alcohol alerts on a TAD bracelet made by BI, Incorporated.

She sat in jail for five days until her probation agent paid her a visit, and presented charts showing five separate potential alcohol violations. Jennifer had no explanation. Still, the agent released her from jail, without telling her why.

The company that makes the BI/TAD bracelet declined to answer questions about Jennifer's case, but its website claims an accuracy rate better than 99%. The makers of SCRAM insist their ankle bracelet is better.

"Ours is going to be the gold standard," Tizedes said. "Ours is used in academic research. Ours is used by federal agencies to do studies."

Either way, Michael Hlastala says no system is perfect.

"Because it's an indirect test, it has some limitations," Hlastala said.

Hlastala is a forensic expert who has testified in dozens of court cases about the limitations of transdermal alcohol monitoring. While the devices do a good job of detecting alcohol, he says they are not necessarily good at distinguishing consumption of alcohol from environmental sources, such as hair spray, lotions, perfumes or other sources.

"The criteria that are used for identifying an alcohol-related event are a bit vague," he said, referring to SCRAM's method of determining the type of alcohol being detected.

Joel Clifford now wonders if an alcohol-based chemical detergent they use at the bar might have triggered his alert.

"I had my hands on the dishes all night," he said. "You're rotating your hands through a dishwasher. You're getting that chemical right into your skin. And it read as I was drinking."

Tizedes doubts that is what happened, explaining that when environmental alcohol is detected, it usually looks like a quick spike on the chart. Drinking leaves a more gradual pattern, he says, as the alcohol is slowly eliminated from the body. When the type of alcohol can't be determined, he says, they give the bracelet wearer the benefit of the doubt. 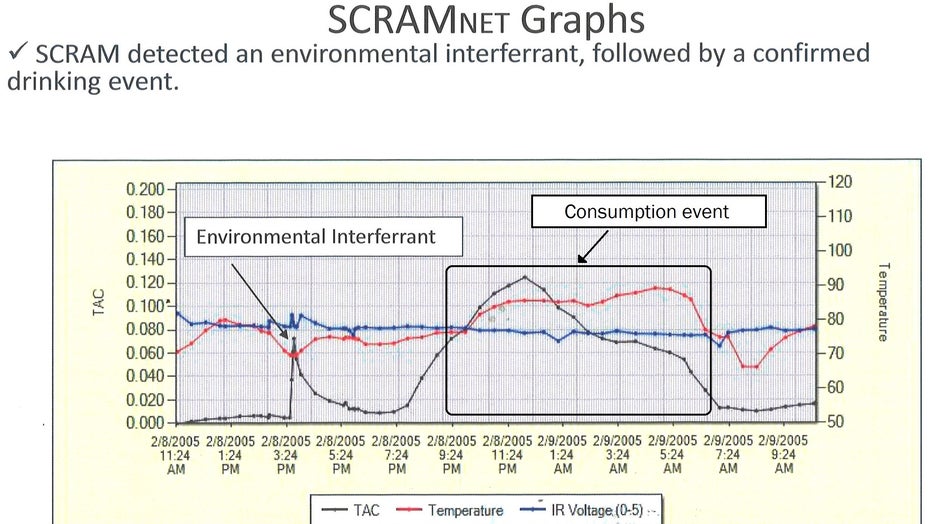 Only "confirmed" drinking events are reported to the court, and Clifford's public case file shows no such event was ever reported. In fact, he completed his sentence on the bracelet and was released two weeks early. Still, he wanted to tell his story to warn others.

"Because, how many other people were telling the truth like me and got sent back to jail?" Clifford said.

Of course, he knows the best way to avoid going to jail is not to drink and drive in the first place.

Wisconsin Community Services officials did not return a call seeking comment. Officials with the Milwaukee County House of Correction declined an on-camera interview. However, HOC Superintendent Michael Hafemann did release the following statement:

Former inmate Joel Clifford’s bracelet generated some alcohol alerts—not “false alerts,” not “false positives”—indicating there was a presence of ethanol. Per standard protocol for inmates who are granted the privilege of being supervised during their jail sentence through electronic monitoring/home detention, Mr. Clifford was detained briefly at the EM Program offices while EM Program personnel, with the assistance of AMS, worked to determine either a confirmation of drinking or that the alerts were environmental alcohol; the determination was the readings were environmental. At no point was there a confirmed consumption of alcohol; Mr. Clifford was allowed to maintain his employment and he served the rest of his court imposed loss of liberty, for a third driving while intoxicated conviction, without incident. In short, the equipment and process worked as intended.

Moreover, while he was in custody and after his release from custody, Mr. Clifford had the ability and access to submit a complaint and/or grievance regarding any aspect of the EM Program, but failed to do so; he never availed himself of the opportunity to address his concerns with persons who could have resolved whatever issues he may have had.

FOX6 Investigators also contacted BI, Incorporated, the makers of the TAD bracelet, for comment about Jennifer's arrest for alcohol detections, and her subsequent release without explanation.  We provided BI with Jennifer's true identity, so the company could review her case. A spokesperson referred all questions to the "government agency" in charge of supervising Jennifer.

was fitted with a BI/TAD bracelet following her release from jail. A BI employee fitted her bracelet in the presence of a DOC agent in January 2013. DOC received an alert in May 2013 for potential violations related to the bracelet. A request for apprehension was issued and she was subsequently arrested by the Greendale Police Department. DOC investigated the alleged violations and she was released after 5 days, as DOC was unable to confirm that a violation occurred. She was subsequently placed on a different alcohol-monitoring device.