Off the grid: Solar power company, Altaray, leaves customers in the dark

Off the grid: Solar power company, Altaray, leaves customers in the dark

MERTON — Customers wanted to make solar electricity, but found themselves off the grid. With no solar power and looming loan payments, they reached out to Contact 6.

John Kaiser thought he was making an investment with a bright future. Instead, it left him feeling as dismal as the early winter weather.

"So, you can see 'em. They are covered with snow," Kaiser said as he pointed to solar panels on his roof. "It makes me not happy." 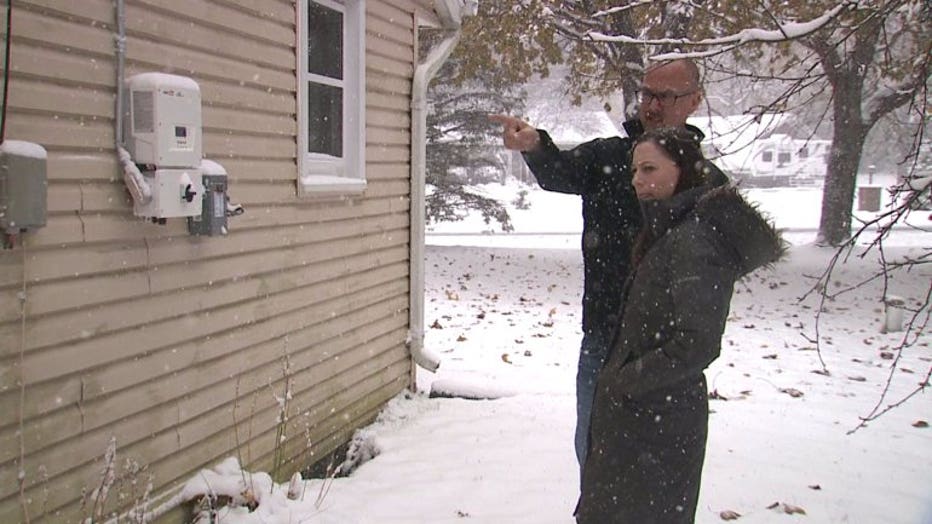 Altaray Solar installed Kaiser's panels on Labor Day. Since then, they've yet to produce one kilowatt of energy. Now, the company is unreachable.

"Their phone numbers are either dead or they go into an endless phone loop," Kaiser said.

The problem extends from Kaiser's home in the Town of Waukesha all the way to Mary Mei's home in Merton. Mei's panels, also installed by Altaray, have sat dormant since August. After being installed, her village called. 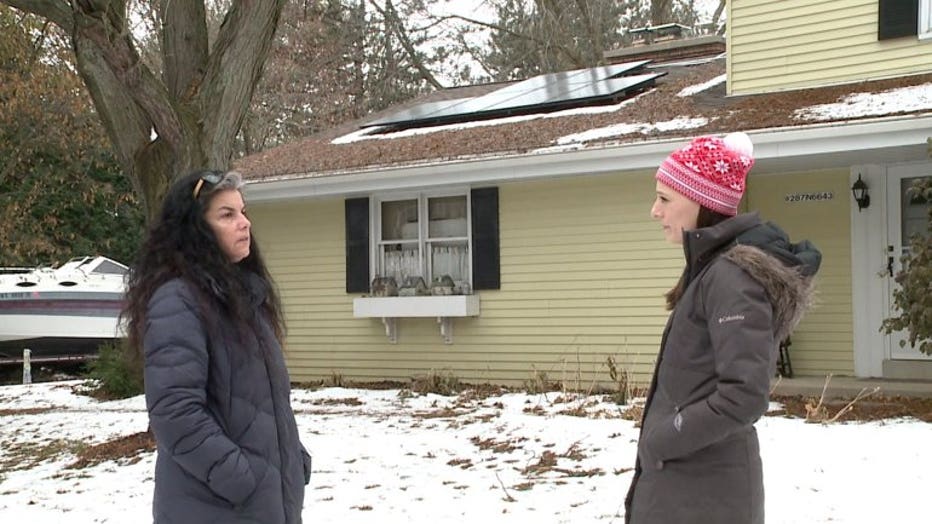 Mary Mei explains to Contact 6's Jenna Sachs that the solar panels installed by Altaray in August are still not generating power.

"So, everything is held up," he said.

Turns out, the Utah-based company didn't do what it was supposed to do. The Better Business Bureau even gives the company an "F" rating. 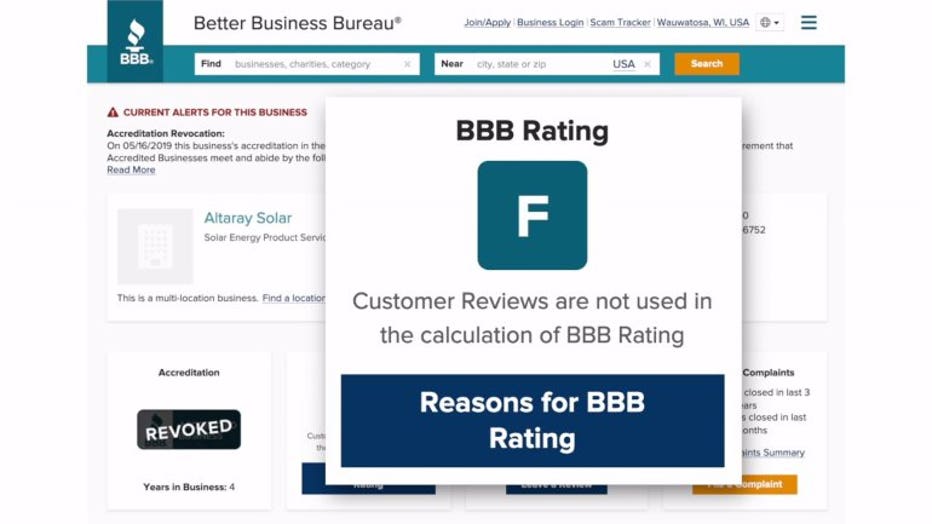 "This is a company that was actually revoked. They were kicked out of the BBB because they were not answering and working with consumer complaints," revealed Jim Temmer, CEO of the Wisconsin BBB.

We Energies told Contact 6 since May they received 30 applications from Altaray on behalf of homeowners in our region waiting to generate solar power. We Energies said no one can prove they have a functioning solar panel system and all of them remain offline.

Contact 6 asked a team from Current Electric to asses Altaray's work. Chuck Smith from that company said the meter was wrong and outright missing. 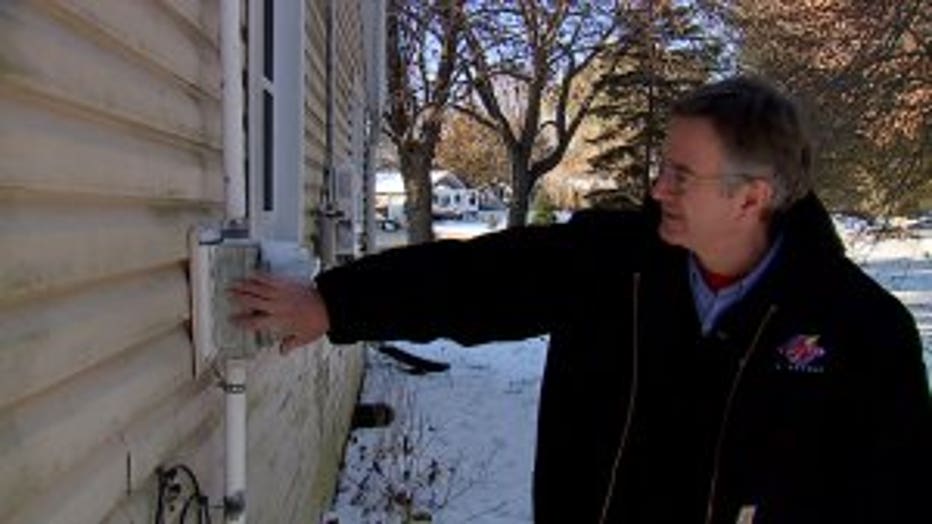 "This is the existing house meter socket. There would be another one here," Smith said.

Altaray told Kaiser there was a backlog in meters, but We Energies said, "Whatever they are claiming about meters and running out is untrue."

"It hurts me and my industry to find out there's people coming in from out of state, making a quick sale, and not getting this properly permitted and properly installed," Smith said.

Making matters worse, both Kaiser and Mei took out big loans through Altaray for installation. They thought by now they'd be selling solar power to We Energies at a high enough rate to pay those loans down. Running out of options, Kaiser and Mei turned to Contact 6. 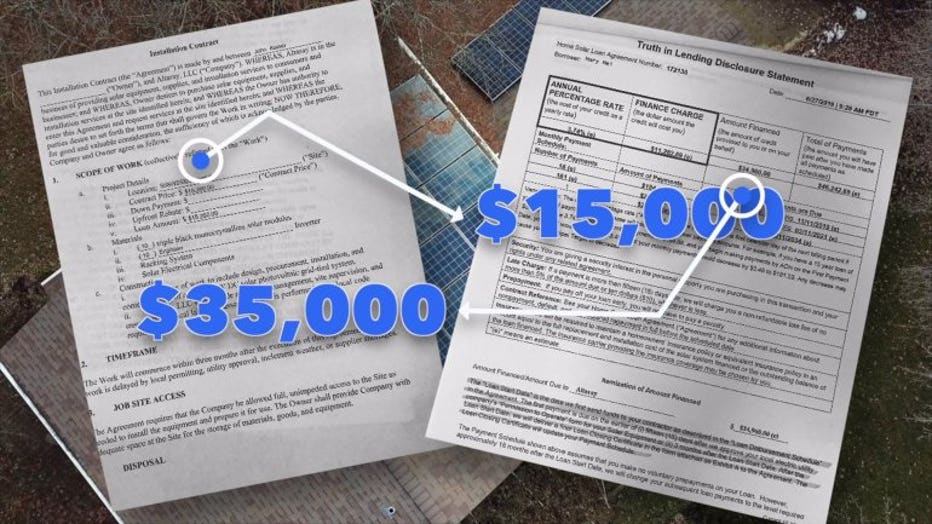 Altaray didn't respond to Contact 6, but Mosaic -- the company that financed the loans -- did.

"At Mosaic, we're focused on helping homeowners access financing to reduce their energy bills. We value our customers and are very concerned to hear about the issues facing these families."

"We've escalated this situation to the highest levels within our organization and are working directly with the homeowners to address their concerns."

"Mosaic remains committed to ensuring that homeowners who have faced delays get their solar installations up and running as soon as possible."

Kaiser and Mei were told their loan payments were being deferred until Mosaic can help get their solar panel systems up and running. 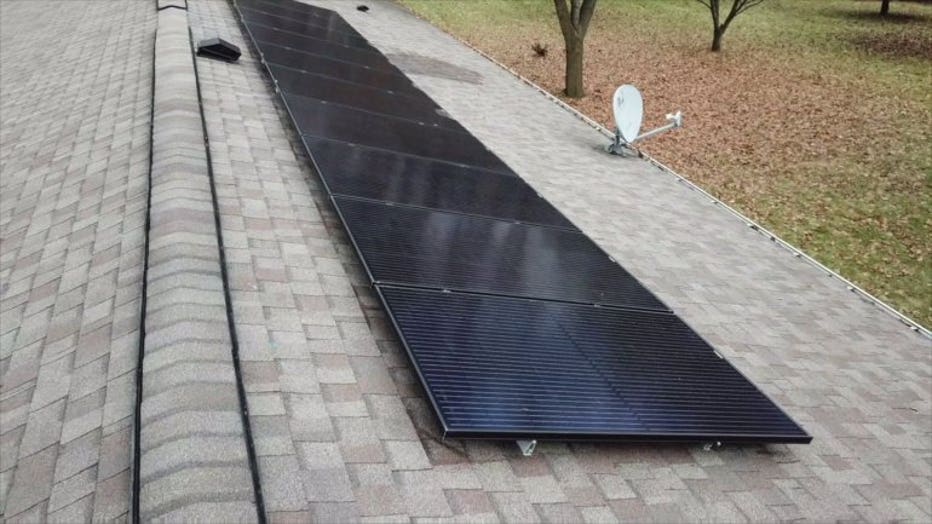 "Oh my gosh, faith in humanity and people was fully restored," Mei said about the outcome.

There is still a ticking clock because neither Kaiser nor Mei wants to miss out on the 2019 Solar Federal Tax Credits -- 30% right now, but 26% in 2020. Mei said she was assured by Mosaic they won't miss out on those credits.