The crash happened shortly after 9 p.m. on the Southern State Parkway in Lakeview, according to New York State Police. 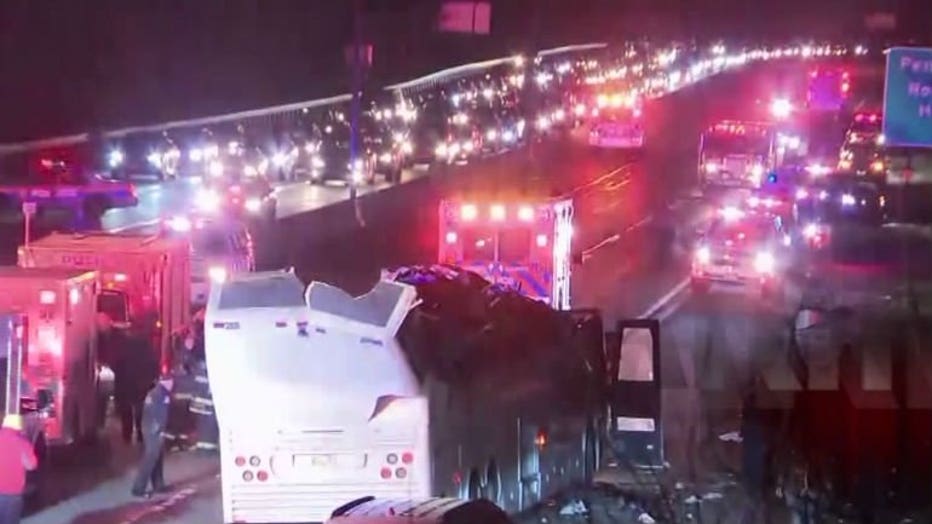 "Everybody was able to walk out except one, which we extricated," Lakeview Fire Department Chief Patrick McNeill told Newsday. "There was glass everywhere. The roof of the bus is down to the top of the seat covers."

Video shows teenagers sitting and standing outside of the white damaged bus, some draped in blankets, as firefighters inspect the wreckage. Multiple ambulances and firetrucks responded to the scene. 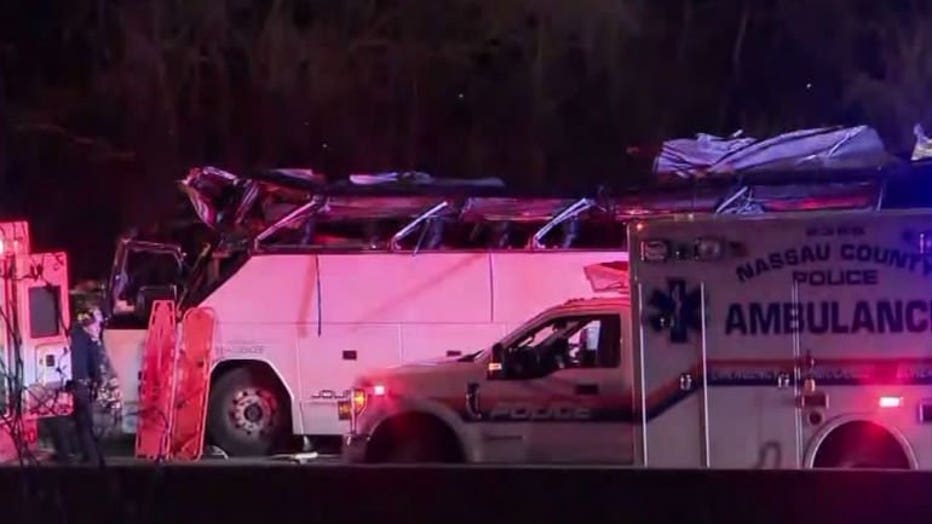 The 38 students from various Long Island high schools, along with five chaperones, had just returned from John F. Kennedy International Airport and were heading to a shopping mall to meet up with parents, police said.

Police said the driver was being evaluated and did not seem to be familiar with commercial vehicle restrictions on the parkway.

The minimum clearance on the parkway is 7 feet, 10 inches (2.38 meters) and accidents involving vehicles striking overpasses is not uncommon on the parkway. In 2017, there were reports that an electronic alarm system would be installed on the parkway to warn drivers of vehicles too high for the overpass.