ERIN -- The National Transportation Safety Board on Monday, June 26th released its preliminary report after a blimp went down during the 117th U.S. Open at Erin Hills on June 15th near Erin Hills Golf Course. The crash was a result of tears to the blimp's envelope.

It happened around 11:15 a.m., and the blimp's pilot was seriously injured. He had to be taken to the hospital via Flight for Life.

The pilot was seriously injured, and the thermal airship was destroyed.

The report notes the blimp was registered to and operated by AirSign LTD. 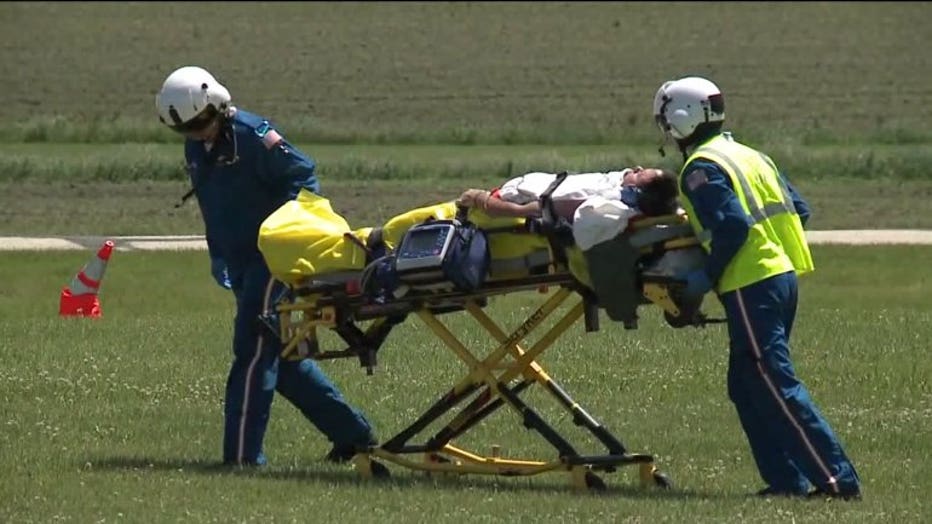 The NTSB said shortly after takeoff, the pilot radioed the ground crew, indicating he was returning to the airport because the wind was too strong. At that point, he was at an altitude of about 1,000 feet above ground level, the report says. As he was approaching the airstrip at an altitude of about 200 feet, "he encountered a thermal," which increased his altitude to 500 feet. The report says he then vented the envelope to descend, and heard an envelope panel tear. Seconds later, another panel tore. 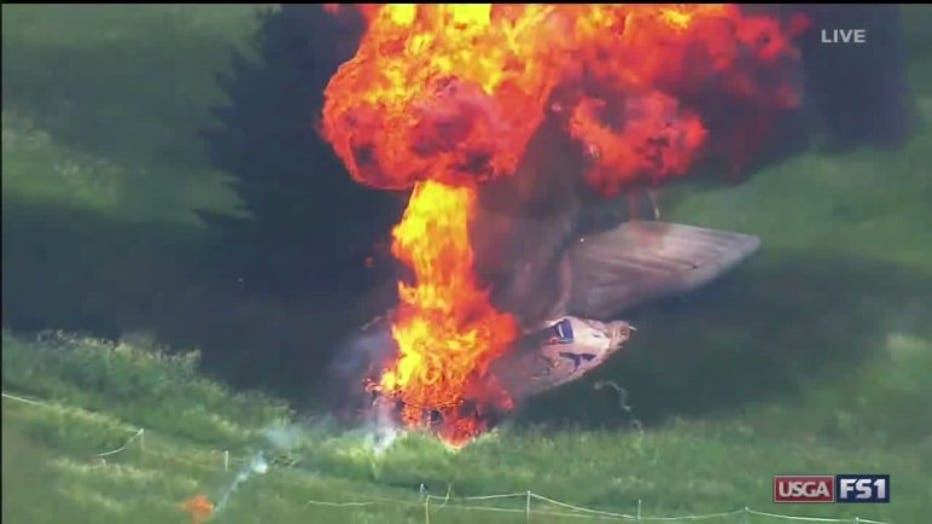 The report says the pilot then turned off the fuel to the burners and vented the envelope, but the front section of the envelope collapsed around the burners, and caught fire.

The airship then descended nose-down until it impacted the terrain.

Officials with the Washington County Sheriff's Office on Tuesday, June 20th confirmed they received a complaint from a property owner, who asked whether he could "shoot down" a blimp that later crashed at the U.S. Open at Erin Hills.

Sheriff's officials said on June 15th, the day of the crash, shortly before 9:00 a.m., they received a complaint from a property owner near the private airstrip where the aircraft launched. During the original call, the complainant advised that the aircraft was scaring his cattle.  He also was concerned that the aircraft may be violating permits/regulations during its operation. 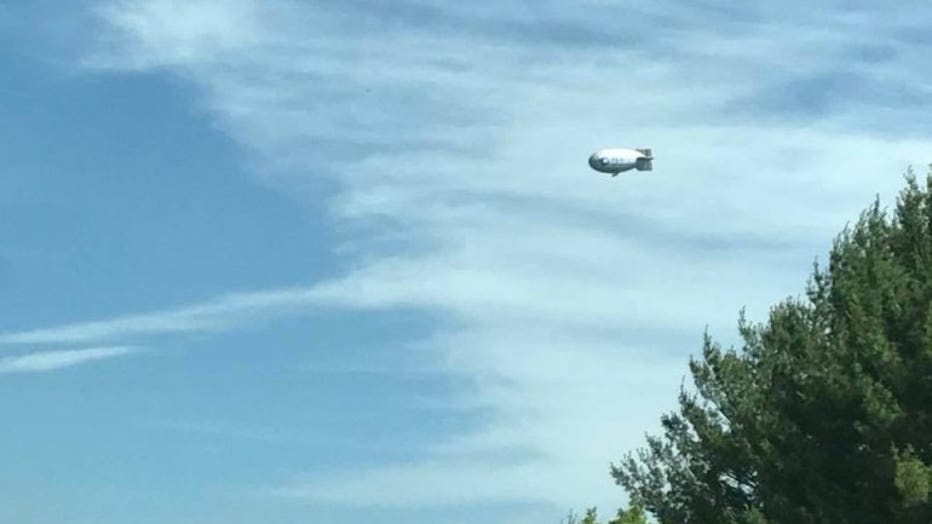 Near the end of the call, the complainant asked if he could “…shoot it down?”

The dispatcher advised no, and that a deputy was on his way to meet with him.  The question was asked in a sarcastic manner, but could be construed as a vague threat, sheriff's officials said.

A deputy met with the man, advised him on his concerns and determined that he was not a threat to the aircraft.

Just over two hours later, the aircraft was seen in distress and crashed.

Investigators were almost immediately assigned to locate and interview the complainant from earlier in the morning.

He was located, and during a thorough interview, denied any involvement in the aircraft crash.

Through interviews, evidence at the crash site, witnesses and other information, there is no reason to believe this person was involved, in any way, with the aircraft crash, sheriff's officials said.

Additionally, sheriff's officials said there is no reason to believe foul play is involved with the crash of the aircraft. 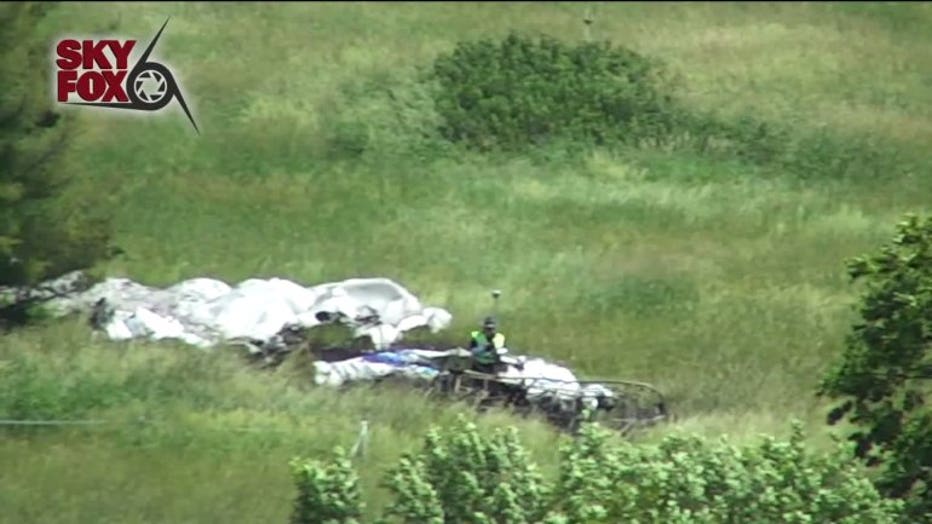 Meanwhile, after the crash, FOX6 News learned this wasn't the first time the blimp's pilot, Trevor Thompson has been involved in a blimp crash.

Flying an advertising blimp over Philadelphia on May 20th, 2016, Thompson unexpectedly ended up in a construction zone off the interstate in a nearby suburb. 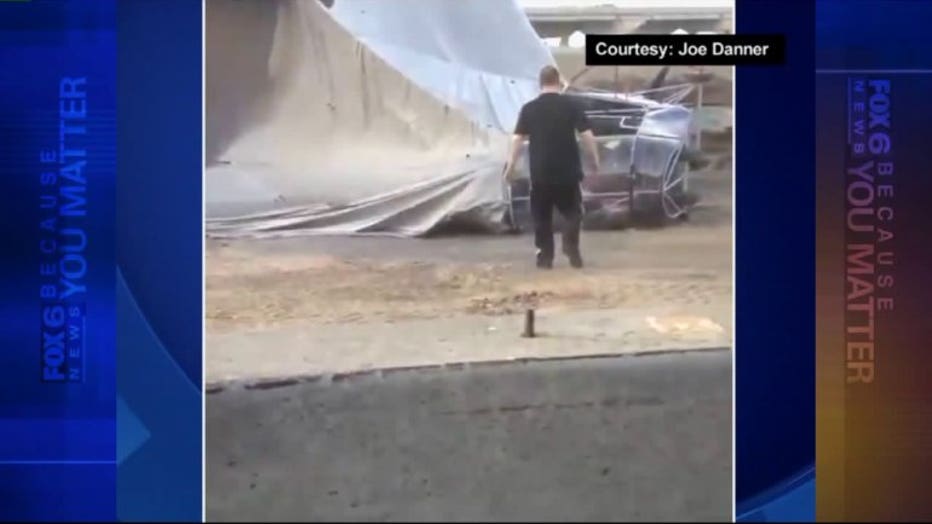 "I knew I could land. It was just a matter of finding a spot to land," said Thompson.

Thompson told local reporters at the time the engine failed twice during the flight. That's when he made the decision to perform a precautionary landing.

"Unfortunately, the engine failed for a third time when I was coming in for a landing on a field, a green field. The wind pushed me backwards," said Thompson. 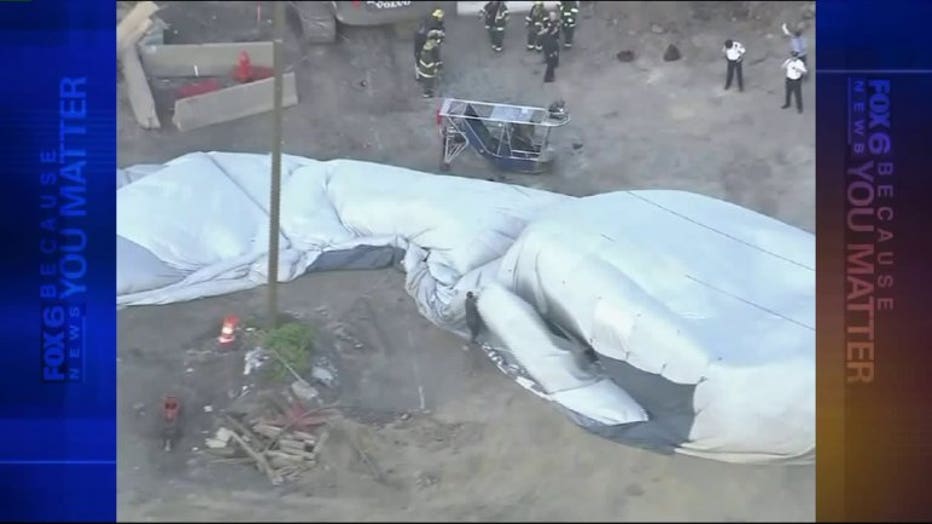 
Thompson also reportedly had to make an emergency landing in Long Island in 2015, due to high winds.

The investigation into the Erin Hills crash is ongoing, via the NTSB and FAA.