TOWN OF WILSON -- A fire crew in the Town of Wilson was returning from a call when they came across a rafter of turkeys on the shoulder of the road. What happened next caught the firefighters and one of the turkeys a bit off guard.

Officials say as their rig approached the turkeys, one of the birds was startled and flew into the windshield on the passenger side of the truck. 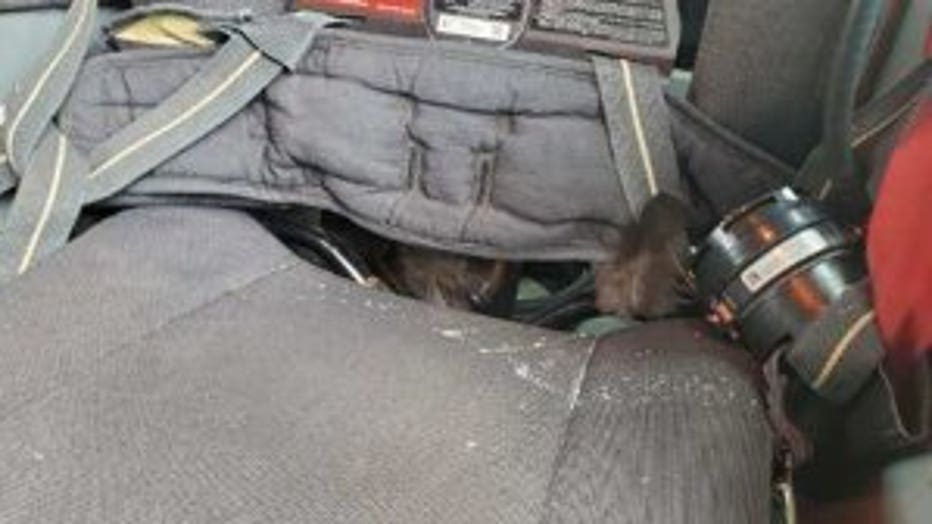 The windshield was pushed out of the frame and into the lieutenant that was sitting in the truck. Officials say the lieutenant sustained superficial injuries. Nobody else in the rig was hurt.

As for the turkey -- it ended up in the cab of the engine and was resting on the feet of the lieutenant. When the door was opened, the turkey was removed from the engine -- and released unharmed.