PALMYRA -- A Palmyra Public Safety officer and Palmyra firefighter rescued a woman and her dog after two dogs fell through the ice on a pond near State Highway 59 and Piper Road in the Town of Palmyra on Tuesday afternoon, Jan. 14. 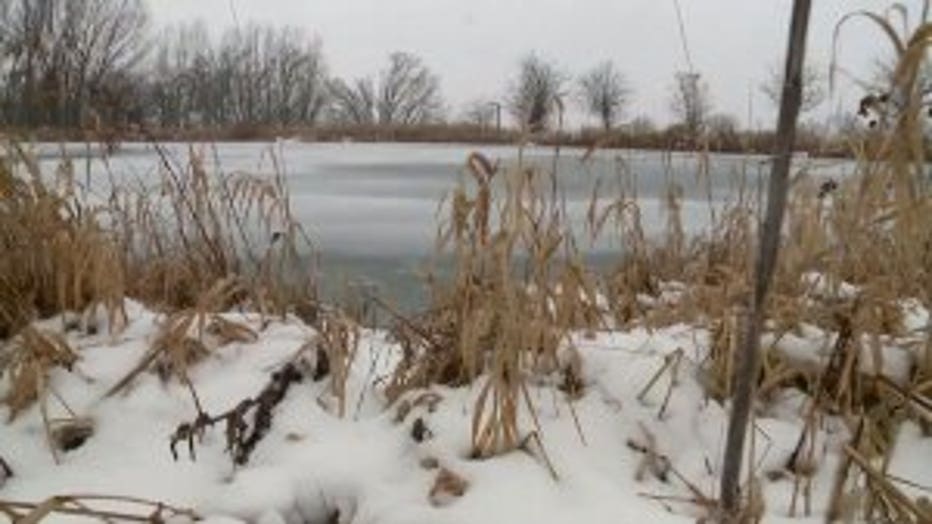 One of the dogs was able to escape, but police say the other was stranded in the freezing water.

"We're only looking at a few inches of ice here, and even less than that in some spots," said Blount. "The dog was definitely not moving much, and not showing much sign of life initially."

Blount said the situation became even more urgent when first responders arrived at the scene. That's when they spotted a woman in the water -- holding the dog.

Police say after dialing 911, the woman paddled toward her pup using a canoe. Unfortunately, that plan sank, too. 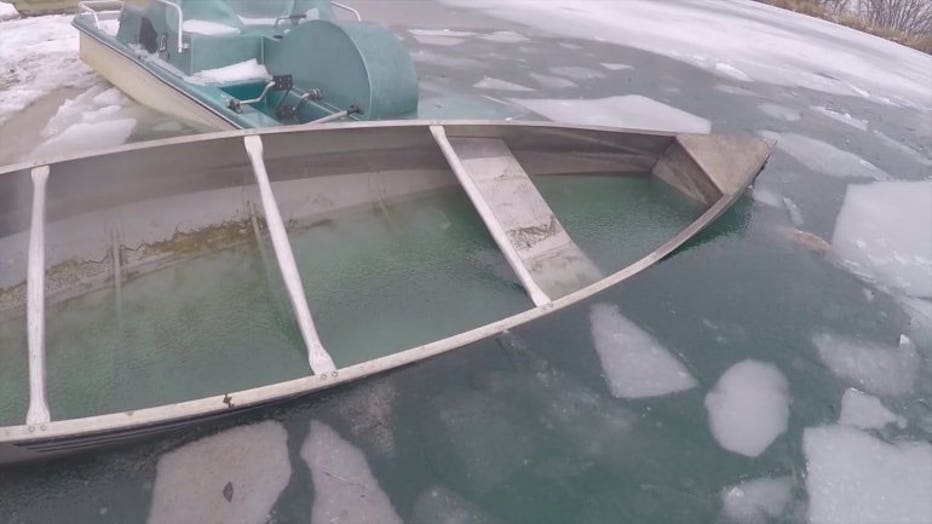 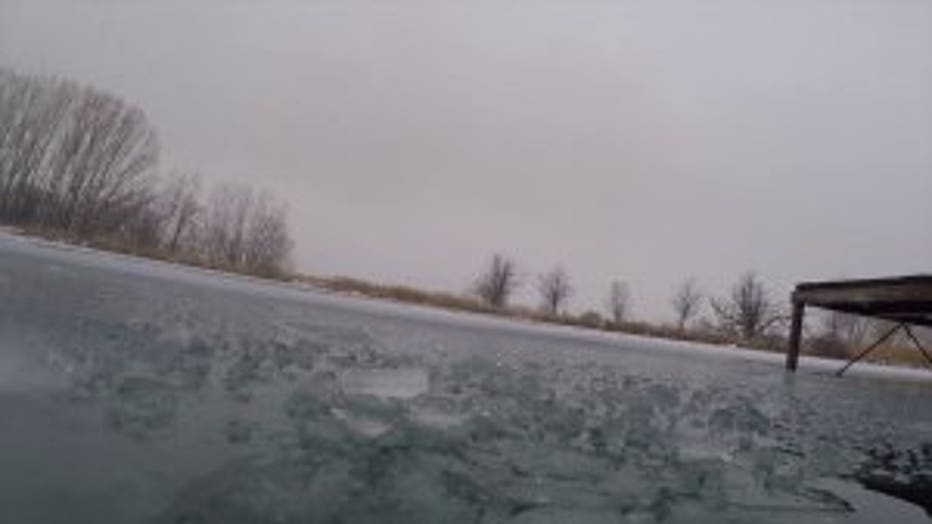 "The canoe was the only thing keeping her afloat," said Blount. "It amped us all up a little bit, and things became a little bit more urgent, surprisingly finding the female victim in with the dog."

The canoe tipped over, and Blount said the woman was submerged up to her neck. With each passing moment, conditions became more dangerous. 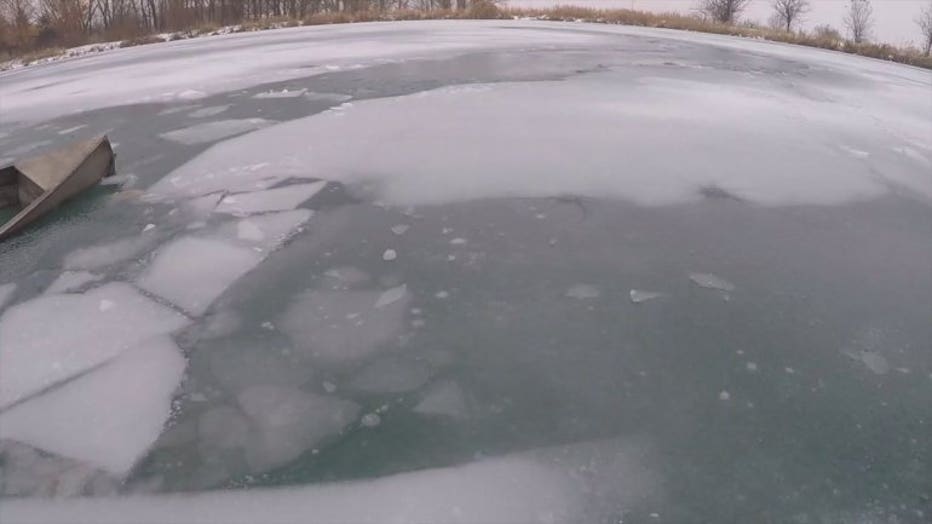 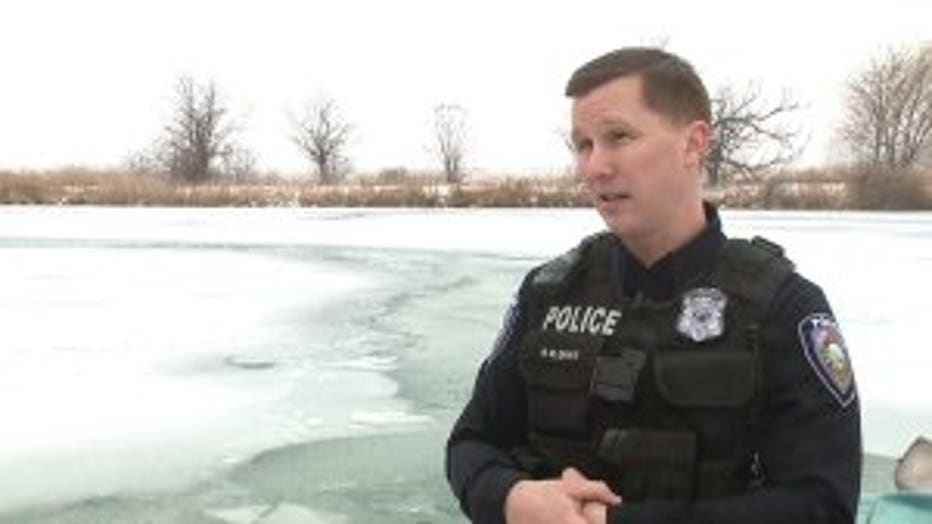 Rescuers raced to save them -- breaking ice along the way -- and eventually reached the woman and her dog.

"I would say we probably had her pulled to shore within 30 seconds," said Blount.

After being treated for hypothermia, police say the woman and her dog are expected to make a full recovery.

Blount said all involved were pleased there was a positive outcome to this scary incident, and even visited the woman at her home Wednesday to check that she was doing OK.

"We're very grateful for it," said Blount. "Happy to report the dog answered the door, along with her."