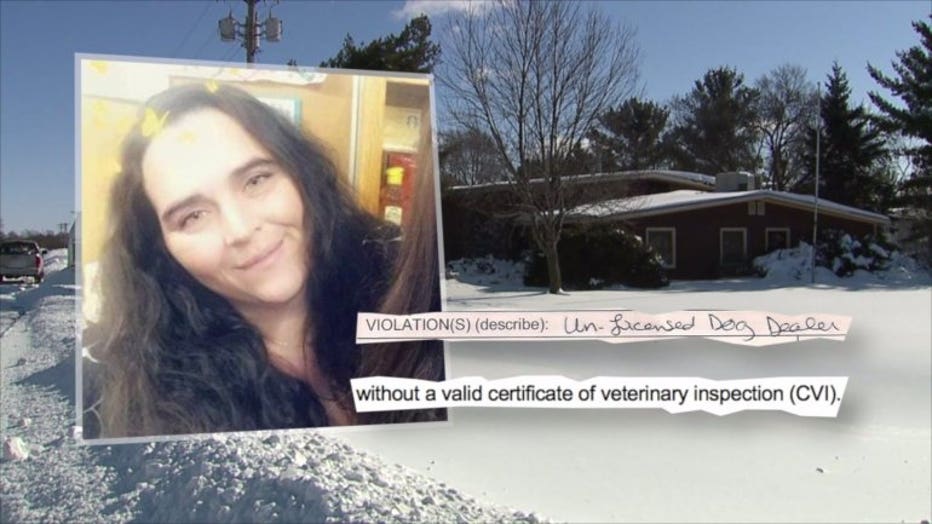 During a 2017 visit to Musick's property, humane officer Bambi Stoikes found puppies in a deplorable kennel. "Just the overall condition of the puppies, you could tell they were not receiving adequate care," Stoikes said. "It was completely filled with feces. They were filthy, dirty. The smell, you could smell them before you found them. There wasn't access at that time to food and water." 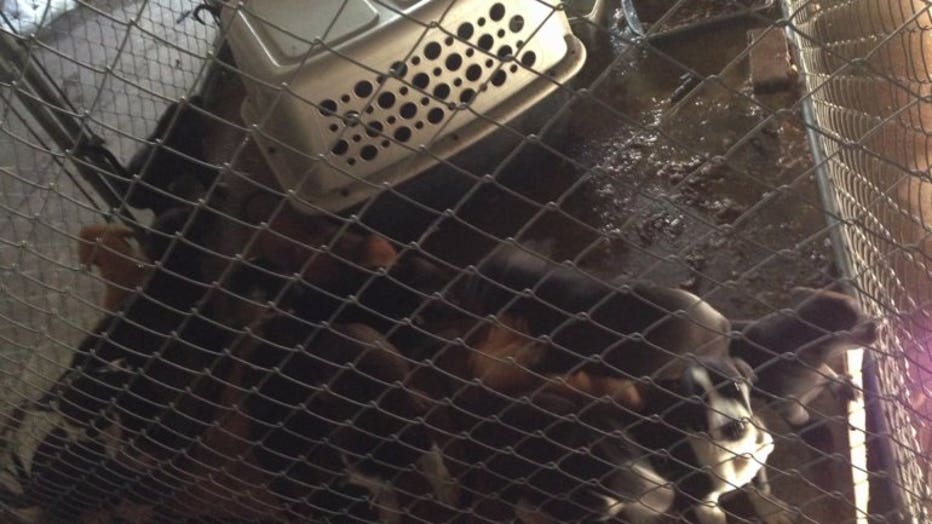 Musick was cited for mistreating animals, not having rabies vaccinations and dogs running at large. She was only found guilty of not giving her dogs enough water. "A lot of times, if citations are issued, if they correct the problem before they go to court, that's something that they'll dismiss," Stoikes explained. In 2018, Musick passed a home inspection and was granted a Wisconsin dog seller's license. However, Musick already had a history of violating state dog selling laws, including operating as a seller without a license and not having valid certificates of veterinary inspection (CVI). 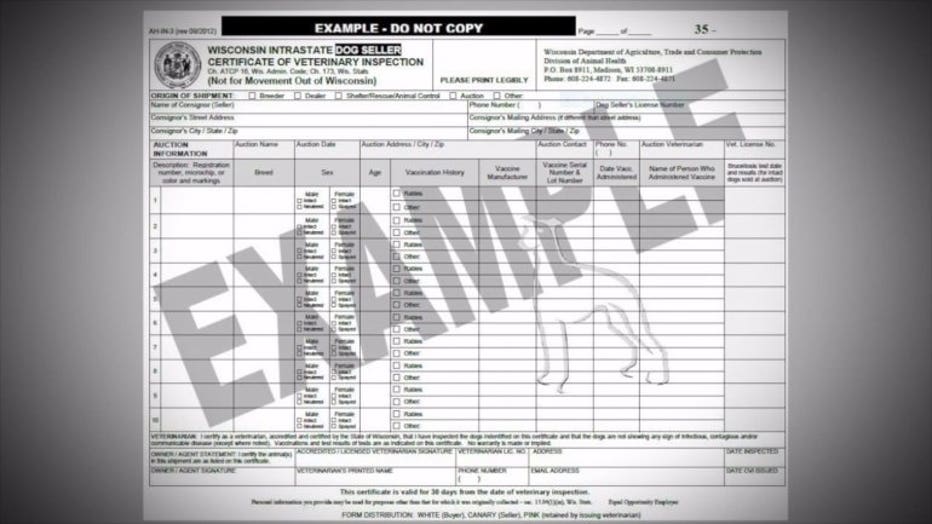 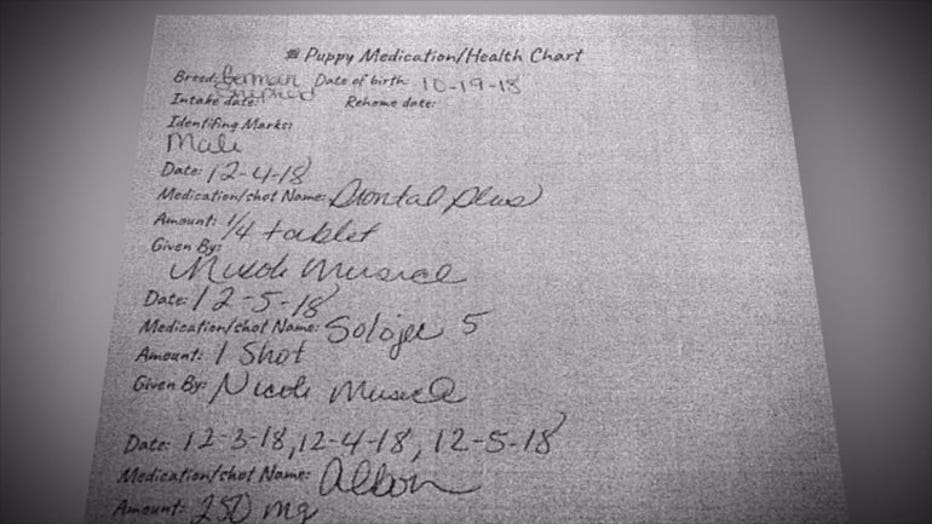 In fact, documents Belke showed Contact 6 revealed he was not given an official CVI when he purchased his dogs from Musick. "Initially, she had told us that she would reimburse us for the actual dog that passed," Belke said. Musick told Contact 6 that too, and agreed to an on-camera interview. She later canceled. When Contact 6 visited Musick's address, Jenna Sachs met her soon-to-be ex-husband, Bill Davis. Davis told Sachs that Musick no longer lived at the address. "Would you be able to tell us anything about the dogs that she sold?" Sachs asked Davis. 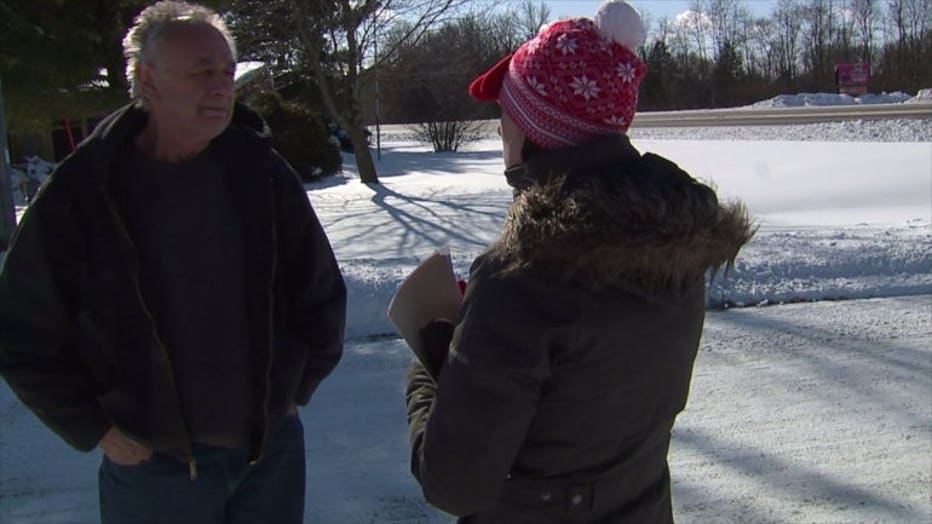 "No, that's her deal," Davis responded. Davis did speak with a state animal inspector by phone. "Nicole never took care of her dogs ever. We had to have someone else do it. She would give a rat's (expletive) whether they got fed or not," Davis said in recordings obtained by Contact 6. In that recorded phone call, Davis admitted to buying many healthy dogs that got sick and died. "We've had quite a few cases of Parvo to be quite truthful with you," he said. In her own conversation with the animal inspector, Musick called her husband "vindictive" and said Ellie and Yado seemed healthy when she brought them to Belke's house. "I know I wouldn't hand someone $550 if a puppy seemed lame or sick," Musick told the state inspector. "We were there probably 45 minutes letting the puppies run around and play." 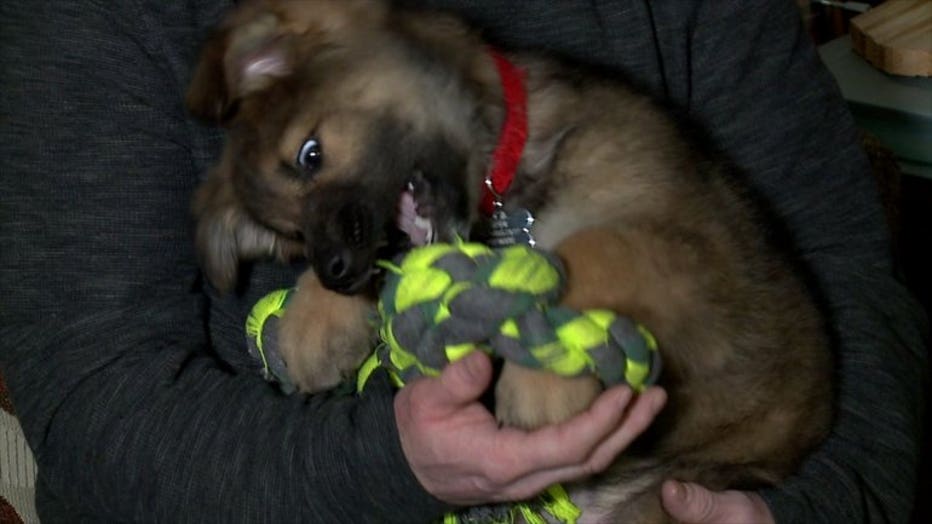 Despite a rough start, Yadi has become a joy to his family, but his owner learned some lessons along the way. "I could have done a much better job, you know, selecting a better breeder," Belke admitted. Musick is not required by the state to give Belke a refund. State officials investigated the sale between Belke and Musick and found multiple violations, including excrement in outdoor enclosures, dogs sold younger than seven weeks, invalid CVIs and selling diseased dogs. Currently, she is still listed as a conditionally licensed dog seller in Wisconsin.  After investigating Jay's claims in January, a state animal inspector recommended Musick's license "be suspended or revoked."

If you're planning on purchasing a dog, it's important to visit the dog's home before the purchase. During the visit, ask to see the parents. It's a good idea to only use licensed sellers. The state of Wisconsin keeps a list you can look at here. Ask the seller for references and if the dog is socialized. In addition, make sure there's a valid CVI. Also, do a Google search on the seller and search Wisconsin Circuit Court records. Lastly, if you see questionable conditions when buying a dog, report them to local authorities. You can also file a complaint with DATCP.  No one is going to take away your puppy.