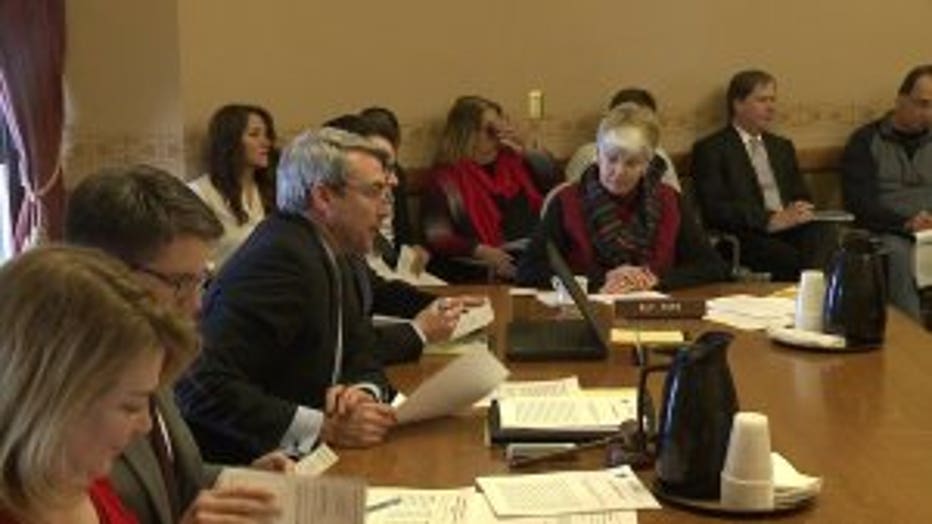 MADISON -- It may have been Valentine's Day, but there was no love between Milwaukee County Executive Chris Abele and members of the Board of Supervisors as they made appeals to lawmakers about the power structure in county government.

Abele and board Chairman Theo Lipscomb sat on opposite sides of a small, crowded hearing room at the state Capitol and did not interact. Abele is seeking new powers to set compensation for his top appointees and shield his department heads from reconfirmation hearings in front of the county board, though he is no longer seeking control over county parking meters.

The legislation has pitted longtime foes against each other, with Abele and the board accusing the other of trying to control the levers of government.

"We get decimated in this legislation," said Supervisor Jim "Luigi" Schmitt, who joined six other board members at the hearing. 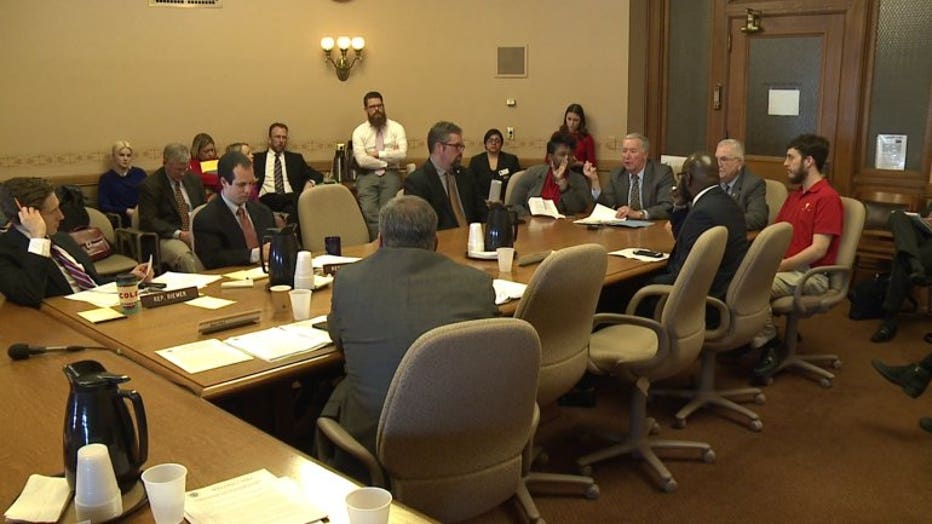 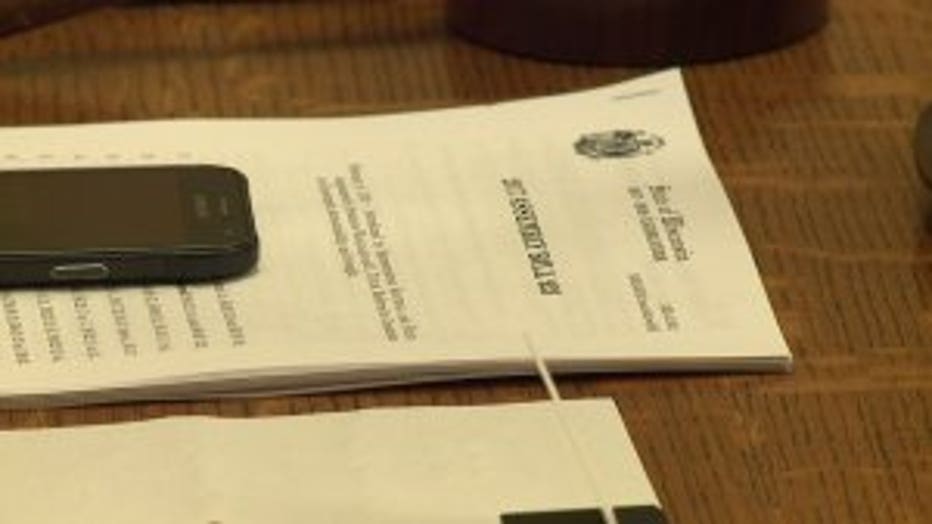 The hearing in the Assembly's Government Oversight committee went on for four hours. Democrats on the committee were openly hostile to Abele, with one accusing him of trying to buy support for the legislation through campaign contributions. Abele denied the charge.

Supporters of the legislation argued that it would clear up issues that have led to taxpayer-funded lawsuits between Abele and the county board.

"Right now in Milwaukee County, the relationship between the county executive and the board is not healthy," said State Rep. Dale Kooyenga, R-Brookfield. Kooyenga is a co-author of the bill.

The Metropolitan Milwaukee Chamber of Commerce said the ongoing feud is bad for the business climate.

The initial legislation would've given Abele the ability to install parking meters in Milwaukee County parks and along the lakefront. But the Assembly and Senate authors have both filed amendments seeking to strip that provision out, and Abele said he had requested the amendments.

Abele said he was not attempting to use the bill to double the county's $30 wheel tax. The nonpartisan Legislative Council said the bill would not give him such authority.

Questions were left unsettled over other elements of the proposal. One provision mandating that the action of a county executive "shall prevail" whenever the executive and board disagree would likely require a court to step in on a case-by-case basis, Legislative Council said.

The  Wisconsin Counties Association said it was opposed to the bill because its members around the state had mixed opinions on it. Lipscomb noted that the Milwaukee County board had voted unanimously to oppose the legislation.

"The county is not somewhere in the middle, split on this. There is one person who thinks it’s a good idea," Lipscomb said, a reference to Abele. 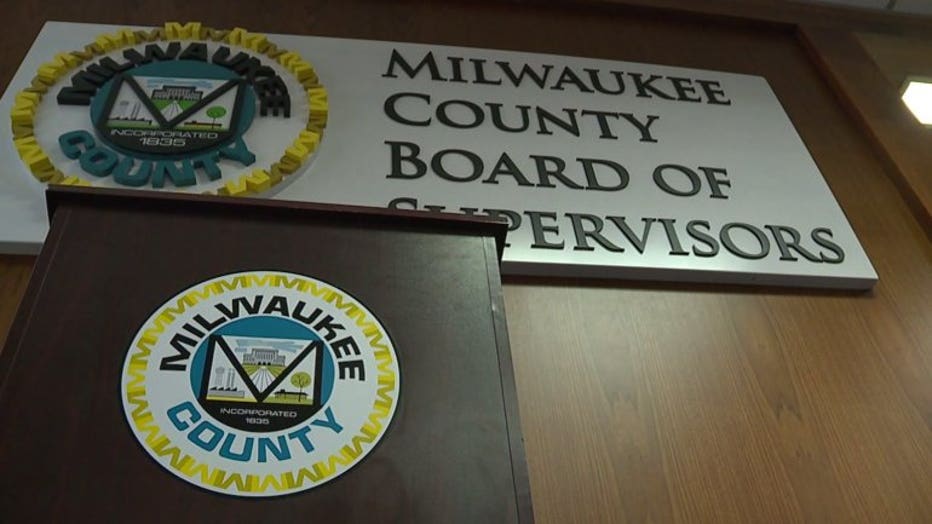 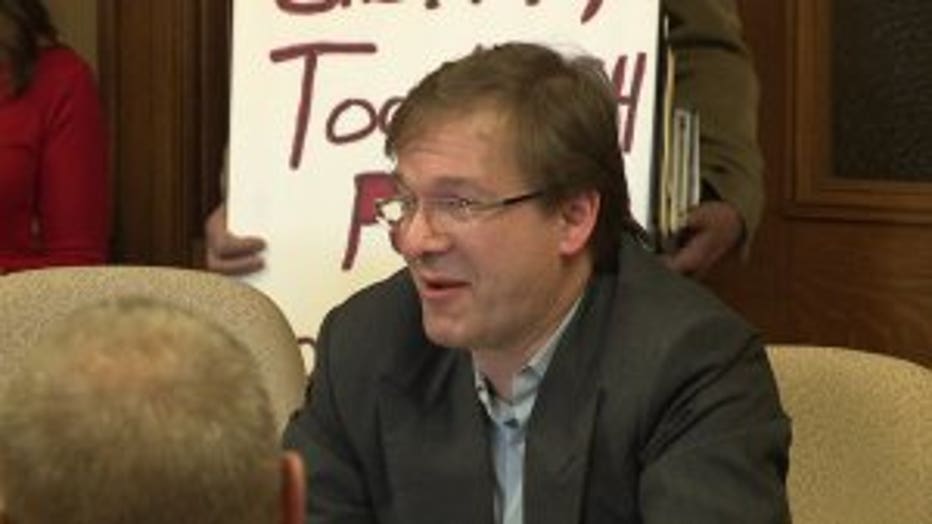 Abele advocated for the provision that strips the county board of its ability to reconfirm department heads, arguing that the board was abusing its power.

"The purpose (of confirmation) is to make sure that I or any other executive is not hiring my cousin or a parrot or a terrorist," Abele said.

He spoke in front of a single protester who held a sign accusing Abele of asking for too much power.

Washington County Administrator Joshua Schoemann joked that he had been caught in Milwaukee County's crossfire during the hearing. Schoemann did not take a position on the legislation.

State Rep. Rob Hutton, the Republican who chairs the committee, had no immediate plans to hold a vote on the bill, a spokesman said.