MILWAUKEE -- Nearly seven out of 10 Wisconsin residents still back the “Safer at Home” order issued by Gov. Tony Evers' administration in response to the coronavirus pandemic, but support has dropped for keeping schools and businesses closed as Republican opposition has grown, a Marquette University Law School poll released on Tuesday, May 12 showed.

The poll showed that 69% believe the “Safer at Home” order is appropriate, down from 86% in March. There's also growing pessimism about how quickly life will return to normal. A majority of respondents said they wouldn't feel comfortable going out to eat at a restaurant or attending a concert or sporting event with thousands of other people.

The Wisconsin poll mirrors results from a national poll conducted around the same time by the University of Chicago Divinity School and The Associated Press-NORC Center for Public Affairs Research. That poll showed that 71% of Americans favor requiring people to stay in their homes except for essential errands, which was down from 80% two weeks earlier. 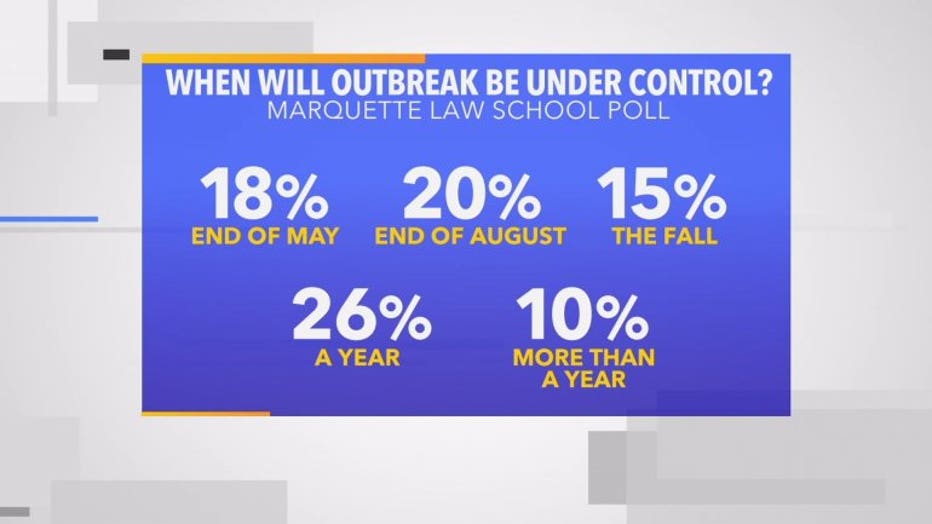 The battle over Wisconsin's response to the coronavirus has become increasingly partisan. The state Supreme Court is weighing a case brought by Republican legislative leaders seeking to block the "Safer at Home” order and force Evers' administration to work with the GOP-controlled Legislature on enacting new rules.

That increasing partisanship was reflected in the Marquette poll results. 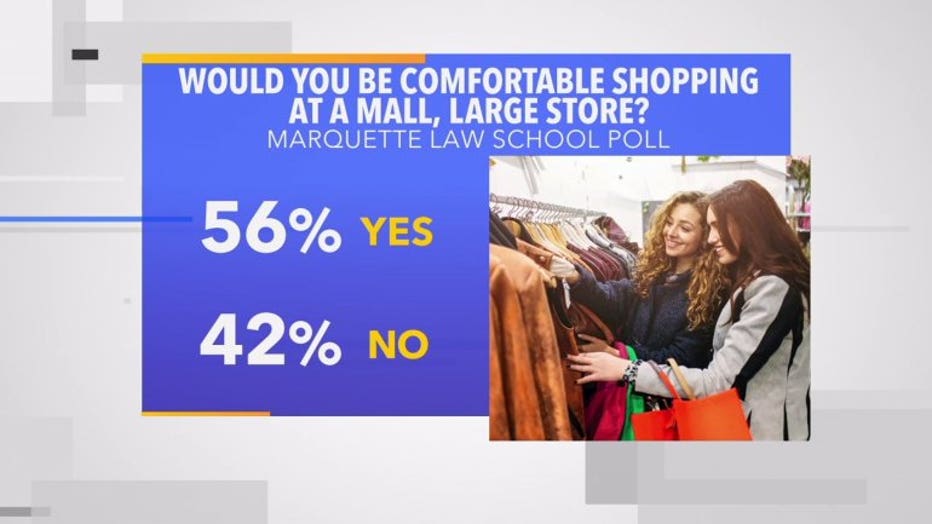 In March, 83% of Republicans said the closures were appropriate. In May, that number sunk to 49%, while 90% of Democrats remain in favor. Evers' approval rating for how he is handling the virus was down from 76% in March to 64% in May. His overall approval rating was down less, from 65% to 59%, but was still higher than before the coronavirus outbreak.

While more than 60% of Republicans approved of how he was handling the virus in March, 35% approved six weeks later, in May.

Wisconsin residents are also becoming generally more pessimistic about when life will return to normal. 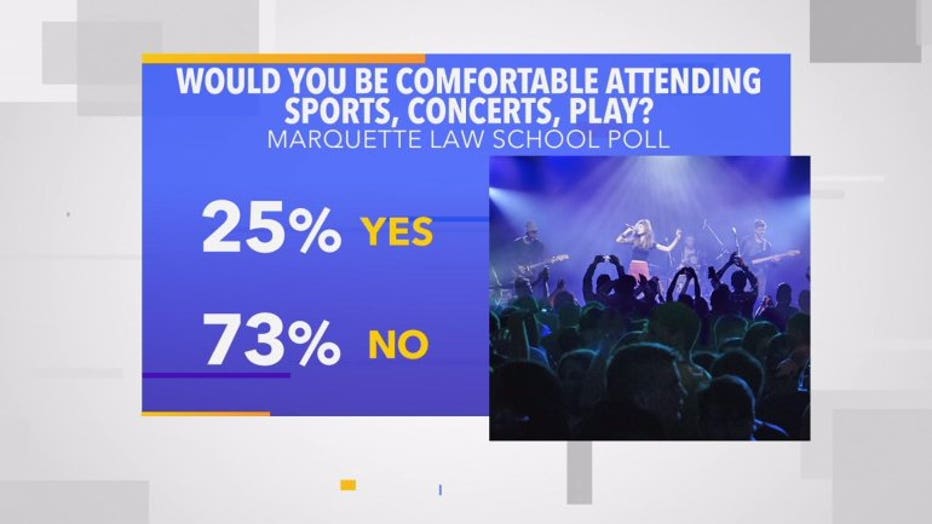 In March, 71% of respondents thought normalcy would return by August, but just 38% think that now. In March, 20% said they thought it would be this fall or later when life gets back to normal. The latest poll shows a majority, 51%, now believe that will be the case.

“People are getting more anxious, especially with parties pushing them in different directions, we’re more divided on that," said pollster Charles Franklin. "But the idea that we could be finished with this by May or even by August is really evaporating as people are seeing this as a much longer problem.” 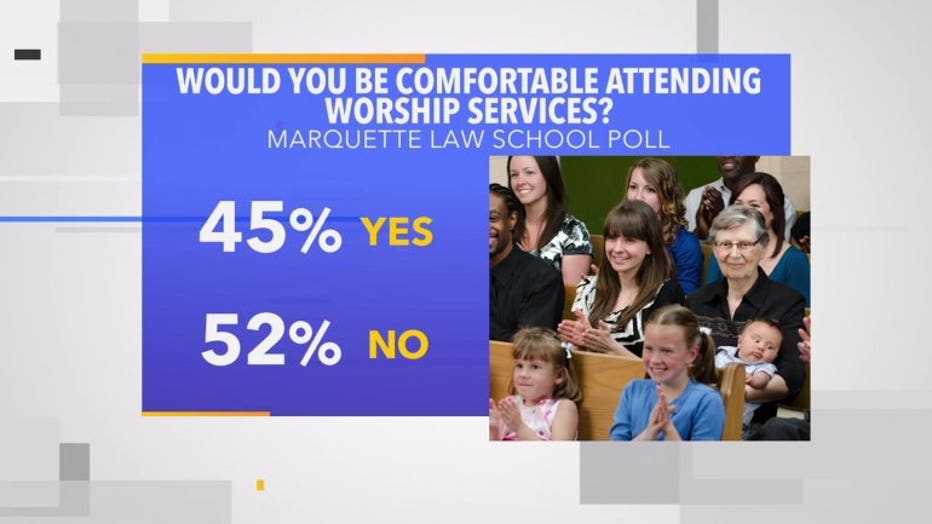 The poll of 811 registered voters had a margin of error of plus or minus 4 percentage points.

As of Tuesday, 418 people had died from COVID-19 in Wisconsin and more than 10,600 had tested positive, according to the state Department of Health Services. The actual number of cases is thought to be higher because of limited testing and because people can be infected without feeling ill.