WHITEWATER -- 300 people are without a place to live after fire ripped through an apartment building in Whitewater on Wednesday night, November 9th. The fire happened around 6:30 p.m. at the University Garden Apartments located on Tratt Street.

28 departments responded to this fire. 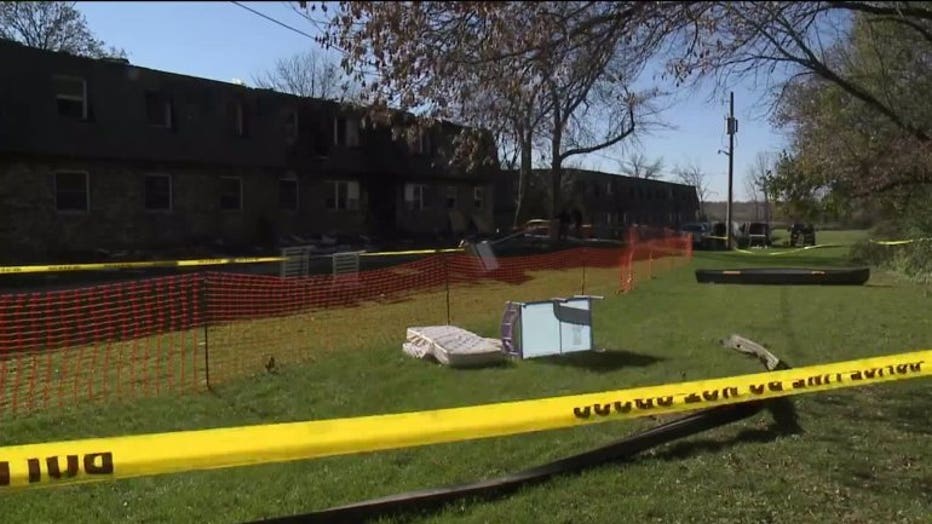 The destruction and debris from the fire left residents stunned as they returned to the complex Thursday morning.

"It's just kind of sad. Just kind of dumbfounded. I never expected it," said Alyssa Klein.

Many who were forced to leave their pets behind when the flames broke out were relieved to find them alive.

"I don't know what I would have done if I came back and they were like, gone," said James Page.

Fortunately, no one was injured in the fire -- but at least three cats died.

The Whitewater fire chief estimated 12 of the 100 units suffered a combined $500,000 worth of damage to personal property and the building. 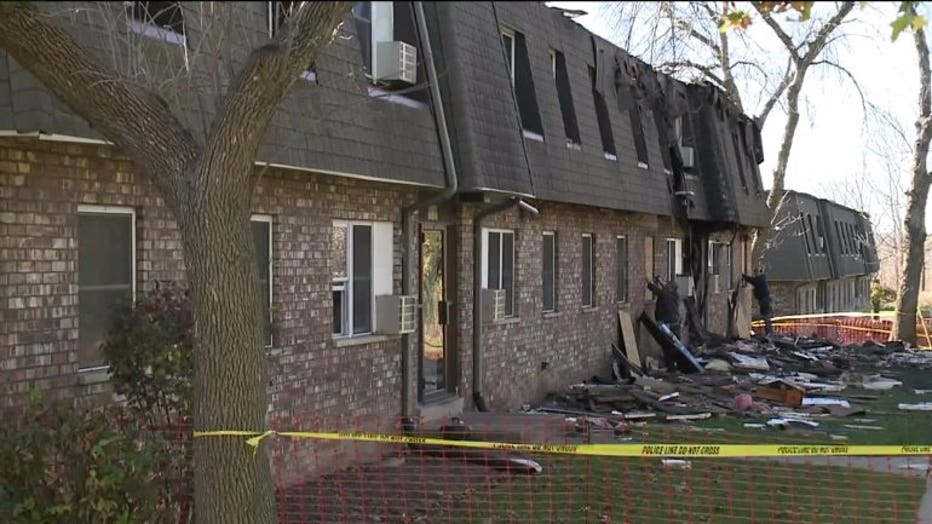 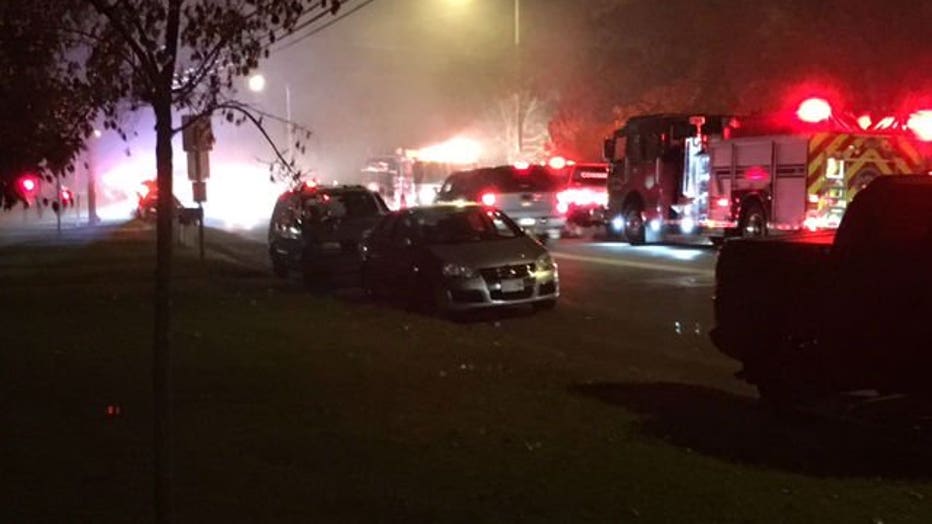 Residents said they heard a loud 'boom,' and then a fire erupted in a common hallway and spread to surrounding units.

"Sounded like something collapsed. I hurried up, grabbed the kids and we were out," said a resident.

A father and his son were forced to jump out of a second story window to escape the flames and smoke.

As crews worked to board up the smashed out windows and restore power, Thursday, residents said they were thankful it wasn't worse. 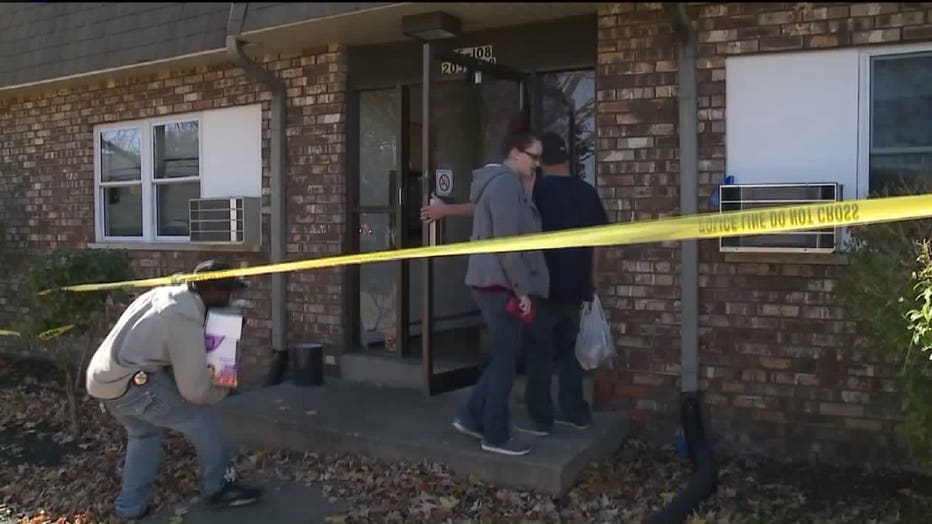 The majority of folks who live at the complex are low-income families, and a few Whitewater students. Many stayed with relatives Wednesday night or in hotels, but for those who couldn't, the American Red Cross and university officials helped them find shelter.

The Red Cross is setting up a "Multi-Agency Relief Center" which will be open Friday, November 11th from 10:00 a.m. to 2:00 p.m. at the Whitewater Middle School cafeteria at 401 South Elizabeth Street.

In addition to one-on-one meetings, residents will also be able to use computer kiosks to check emails, charge phones at a recharging station, snacks and lunch will be provided.

Transportation to and from the Starin Park Community Center to the school is available. 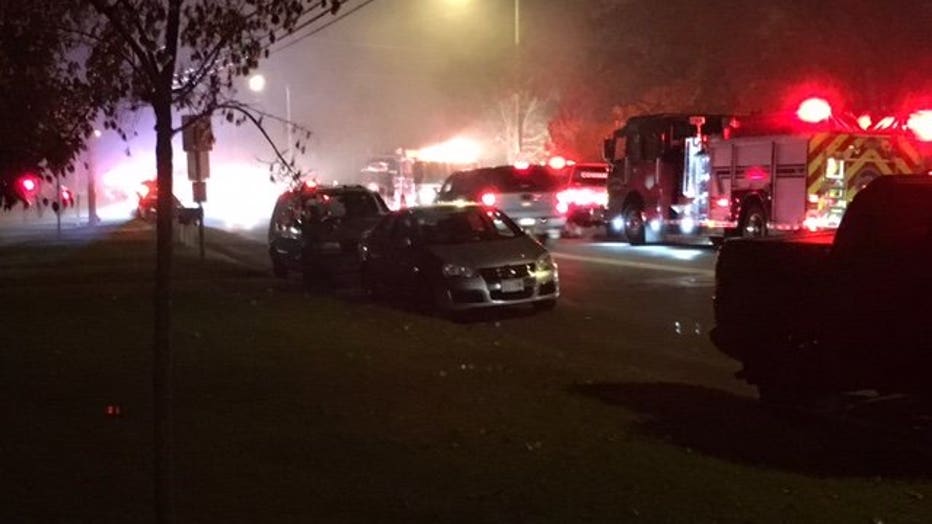 Since responding at the time of the fire, the Red Cross provided residents with overnight accommodations Wednesday night at the Community Center.

In addition to the shelter, they received food, water and snacks, the kids were given toys to play with, and nurses were made available for health needs and a shoulder to lean on. 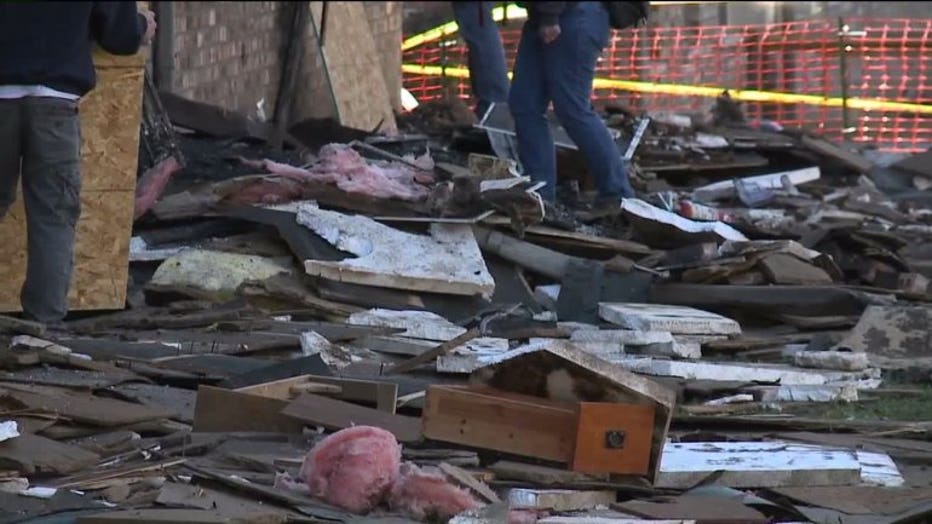 The cause of the fire is currently under investigation by the State Fire Marshal's Office.