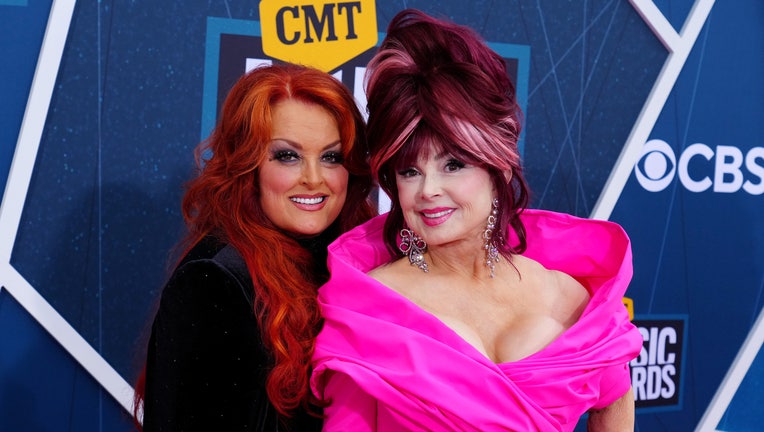 Wynonna Judd and Naomi Judd of The Judds attend the 2022 CMT Music Awards at Nashville Municipal Auditorium on April 11, 2022 in Nashville, Tennessee. (Photo by Jeff Kravitz/Getty Images for CMT)

NASHVILLE, Tenn. - The family of country singer Naomi Judd filed a court petition Friday to seal police reports and recordings made during the investigation into her death.

The family filed the petition in Williamson County Chancery Court, saying the records contain video and audio interviews with relatives in the immediate aftermath of Judd’s death, and releasing such details would inflict "significant trauma and irreparable harm."

The petition was filed on behalf of her husband Larry Strickland and her daughters Ashley and Wynonna Judd. A representative provided it to The Associated Press with the family’s permission.

Judd, 76, died on April 30 at her home in Tennessee. Her daughter Ashley has previously said that her mother she killed herself, and the family said she was lost to "the disease of mental illness."

The court filing also included details about how Ashley Judd found her mother alive after she shot herself. Ashley stayed by her mother’s side for 30 minutes until help arrived.

The petition asks the court to prohibit the Williamson County Sheriff’s Office from releasing the records for several reasons, including that the disclosure would include her medical records and that the family has a right to privacy.

Strickland and Ashley Judd both submitted statements outlining their concerns about the records. Strickland said in the court filing that he was unaware that his interviews with law enforcement were being recorded and that he shared personal and private information to assist in the investigation. 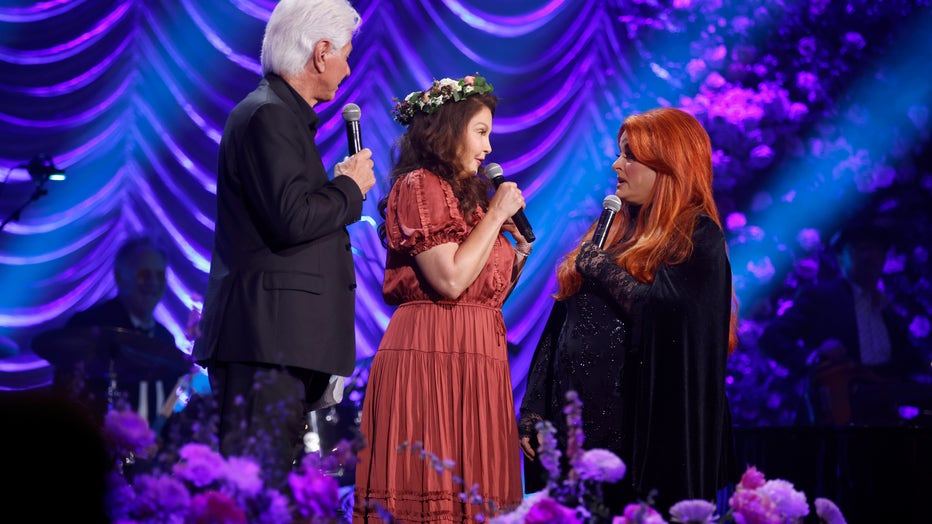 Larry Strickland, Ashley Judd, and Wynonna Judd speak onstage during CMT and Sandbox Live's "Naomi Judd: A River Of Time Celebration" at Ryman Auditorium on May 15, 2022 in Nashville, Tennessee. (Photo by Katie Kauss/Getty Images for CMT)

Ashley Judd said she was in "clinical shock, active trauma and acute distress" when she spoke with law enforcement and that she did not want those records, including video, audio and photos, to permanently stay in the public domain and haunt their family for generations.

The petition said that media outlets in Tennessee had already filed public records requests in her case.

Judd’s death the day before she was due to be inducted into the Country Music Hall of Fame has garnered intense national media attention on the cause of her death, but also on the filing of estate and will paperwork.

A statement from the family said that misinformation about the Judds was being spread and they wanted to state the facts, while also protecting their grieving process.

"Our family continues to grieve together privately, in unity and community, recognizing our mother’s beauty and talents as a gift to the world," the family statement said. "There has been misinformation circulated as we continue to mourn and we lament that. We ask news organizations only to cover facts. And as we recognize other families struggling as a loved one faces mental health crises, we encourage them to seek help through NAMI: The National Alliance on Mental Illness available 24 hours a day at 800-950-6264."

RELATED: What is 988, the new mental health crisis hotline number that has launched nationwide?

Naomi and her daughter Wynonna Judd scored 14 No. 1 songs in a career that spanned nearly three decades. The red-headed duo combined the traditional Appalachian sounds of bluegrass with polished pop stylings, scoring hit after hit in the 1980s. Wynonna led the duo with her powerful vocals, while Naomi provided harmonies and stylish looks on stage.

The Judds released six studio albums and an EP between 1984 and 1991 and won nine Country Music Association Awards and seven from the Academy of Country Music. They earned a total of five Grammy Awards together on hits like "Why Not Me" and "Give A Little Love," and Naomi earned a sixth Grammy for writing "Love Can Build a Bridge."