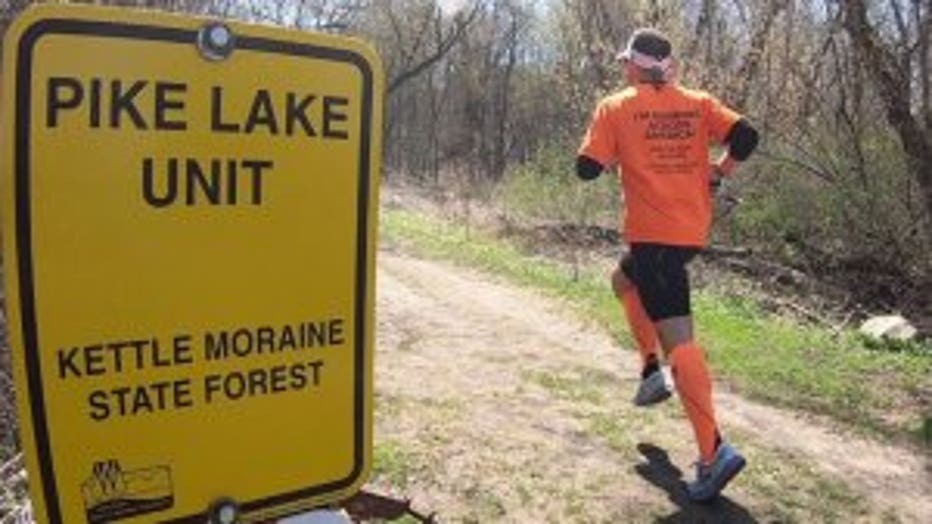 HARTFORD -- At Pike Lake State Park, unpredictable twists and turns have kept one Hartford man on his toes. With each step he takes, he is making headway toward an impressive goal.

"To me, it's a runner's paradise," said Ryan Hynek. “The unexpected hill can come around the corner. It helps with the training.”

Hynek has chosen his path carefully.  He is going the distance to bring a disabling disease to its finish.

"I wanted to do something big," said Hynek. 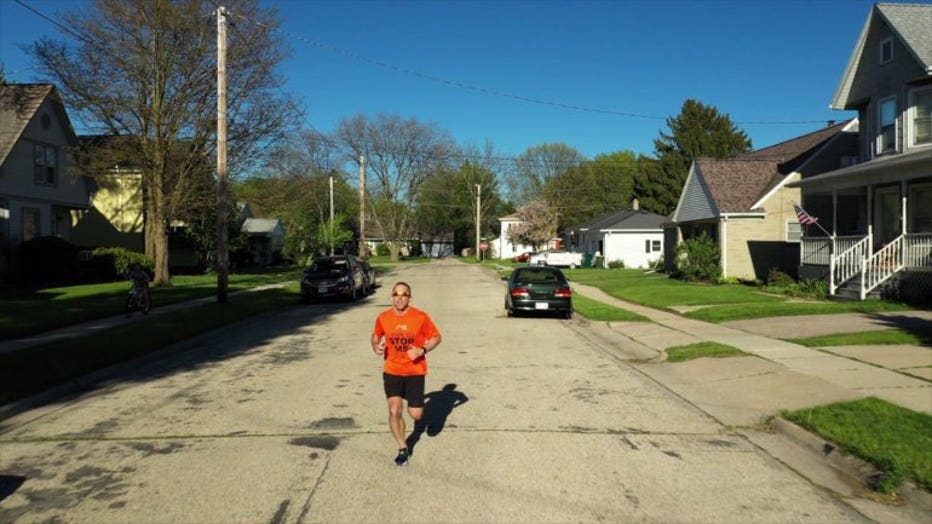 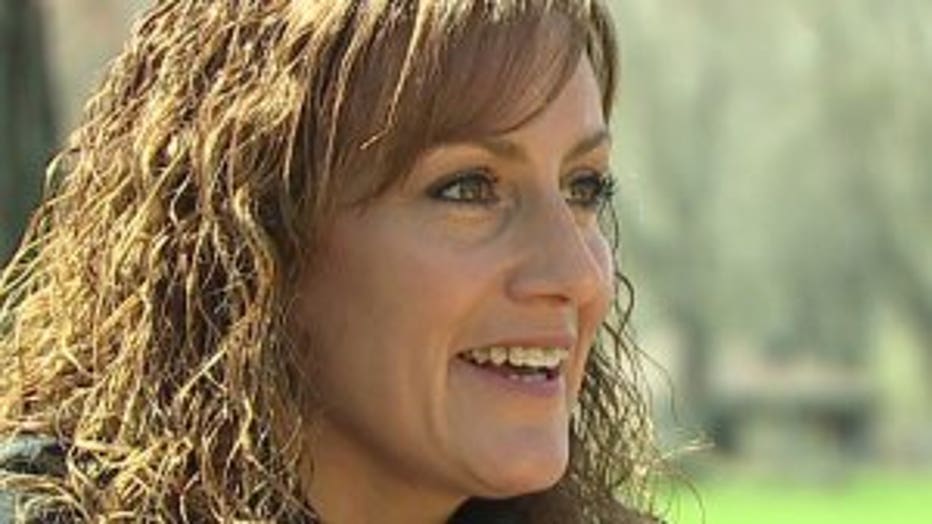 Since January, he has been preparing for this year's MS Run the US Ultra Relay. The challenge took off in Santa Monica, California in April and is scheduled to finish in New York City in August -- raising awareness and funds for multiple sclerosis research.

"There's just something about running for others," said Amy Wirtz, community engagement manager with MS Run the US.

Wirtz has participated in the relay four times. Now, she works for the nonprofit and helps prepare runners like Hynek.

"He's amazing and I'm inspired by him," said Wirtz.

In July, Hynek is taking on the heartland in what's known to the runners as "Segment 14." It amounts to more than five marathons in five days. 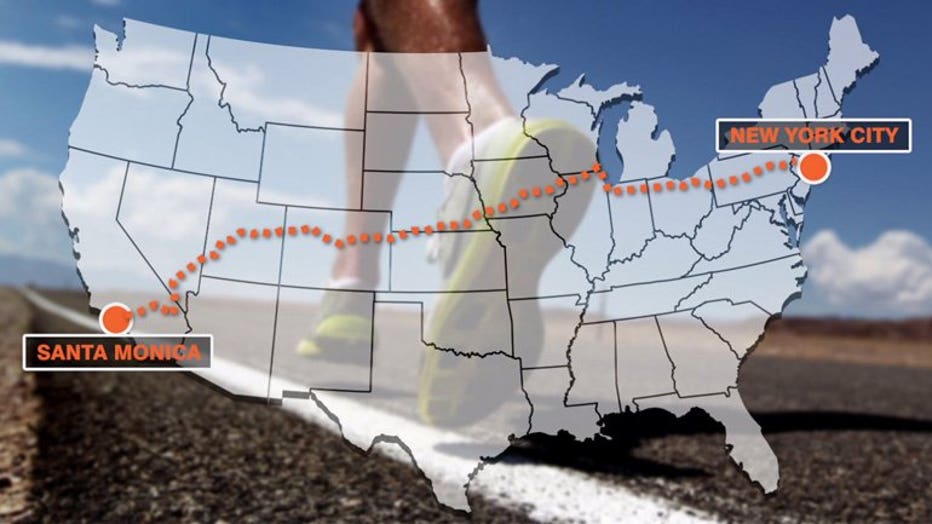 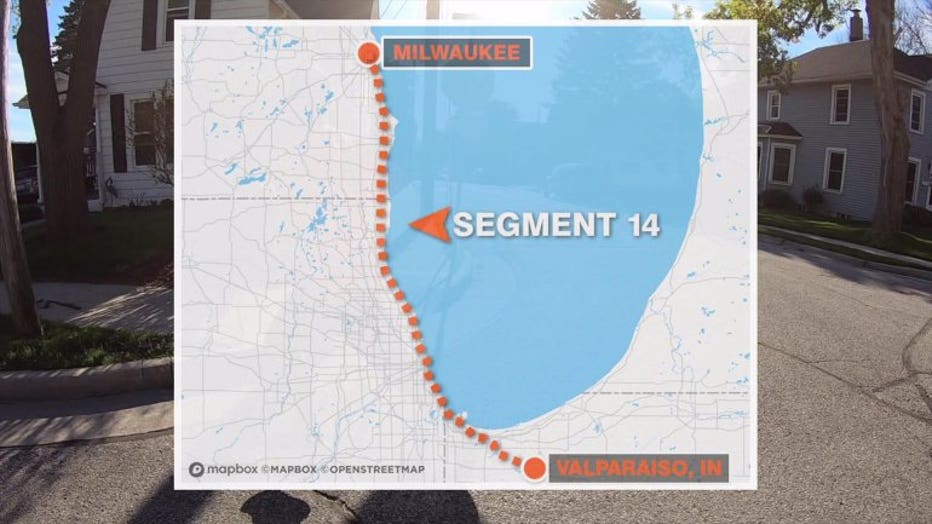 This relay marks Hynek's second go-around. Last year, he jumped into the organization head-first by running 153 miles in six days.

"2018 was supposed to be my year of doing one marathon just to see how I would do," said Hynek.

Clocking an estimated 1,000 miles during six months of training, Hynek is never off the clock. This relay though, isn't about the number of miles so much as Hynek's reason for lacing up. 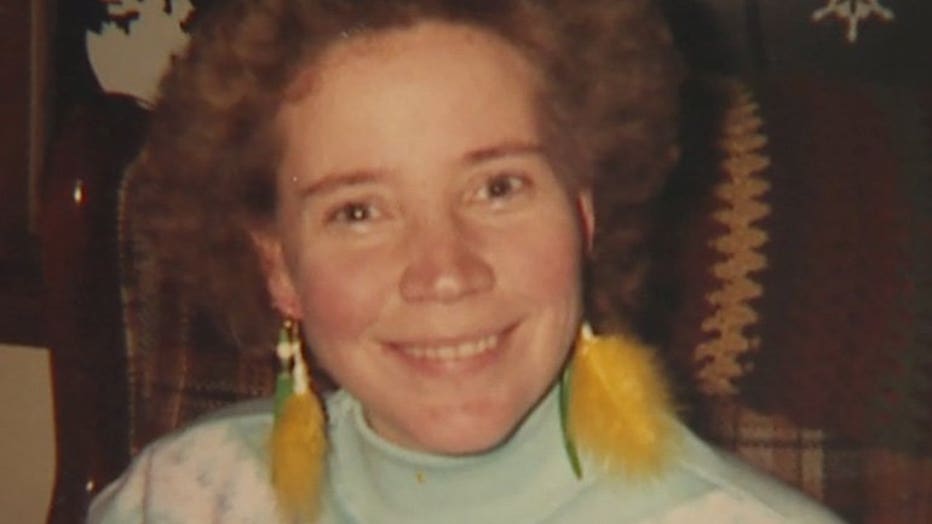 Hynek's mom, Kim, was diagnosed with multiple sclerosis before he and his twin sister Sara were born.

"She was excited to become a mother when we were born. That was the best accomplishment of her life," said Hynek.

However, with no known cause, and no cure, Kim, who was fighting the rarest form of the disease -- primary progressive -- felt the full effects of MS.

"It really affects everybody differently. It's very unpredictable," said Wirtz.

"You're just watching someone suffer the rest of their life, and there's nothing you can do," said Hynek.

Hynek said the disease didn't stop his mom from living.

"She always had that smile on her face when people would walk in. She was always joking, always laughing," said Hynek. "She fought this thing as best she could." 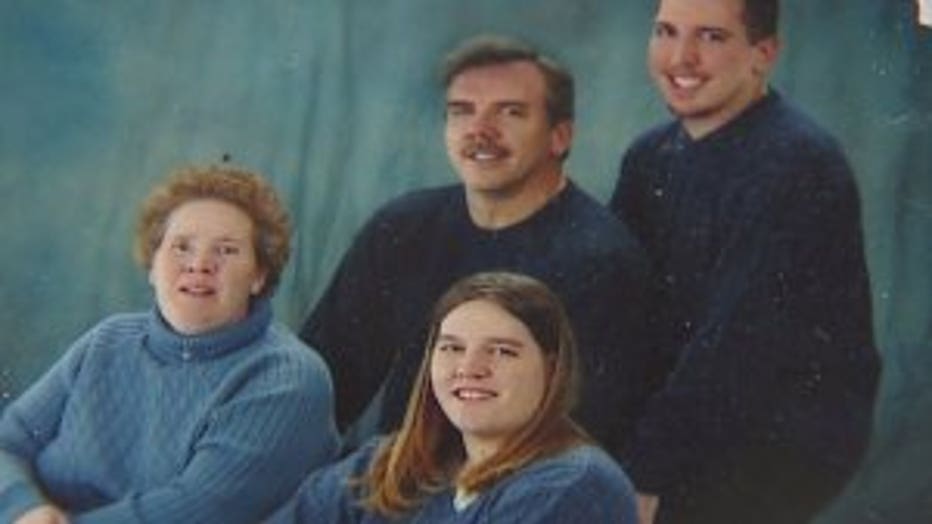 "Hearing that my sister got it, obviously, after my mother passed away... that was like... like a knife in the back," said Hynek.

His sister Sara was diagnosed with MS just one year after their mom's death. His mother's sister Cindy is also living with MS.

"That's when I knew I needed to do something, because my family is really suffering from this," said Hynek.

Now, Hynek is going the distance for Kim, for Cindy, and for Sara.

"That's who is on the top of my mind when I get out there and take the first step forward to start running for the day," said Hynek.

Hynek is fighting those unpredictable twists and turns for a handful of days -- to help those who must fight this disease for a lifetime.

"Sometimes that mental fatigue settles in where your mind is telling you, 'Just quit,'" said Hynek. "I'm not doing this for myself. I'm actually doing it for them."

Even though three of Hynek's family members were diagnosed with MS, doctors say it is not an inherited disease.

This year, Hynek has already raised more $7,000 for MS research and awareness. His segment is scheduled to start Wednesday, July 10 in Milwaukee and will end Sunday, July 14 in Valparaiso, Indiana, where Hynek will pass the baton to the relay's next runner.

To learn more about Hynek's mission, or to donate to his fight, CLICK HERE.