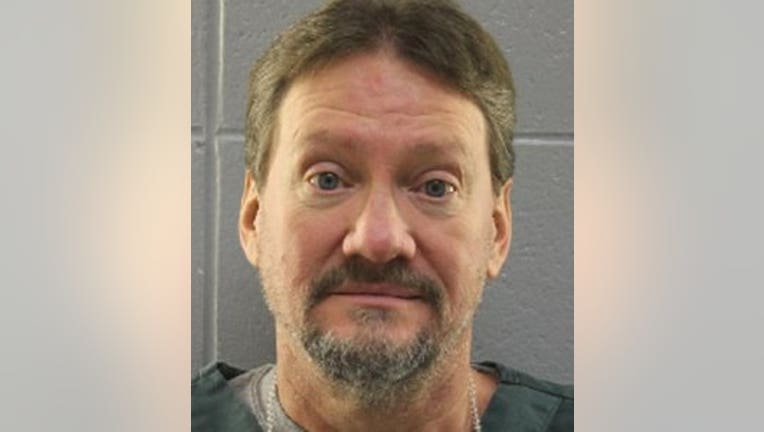 RACINE COUNTY -- A 57-year-old man who served as a deputy US Marshal, convicted in three separate cases dating back to 2009, faces new charges -- accused of contacting his victim from prison twice in 2018.

According to a criminal complaint, Waterford police on Dec. 2, 2018 met with a woman who said she was raped by Moseley in 2009. He was convicted of second degree sexual assault of an intoxicated victim and 12 counts of capturing an image of nudity out of Columbia County in 2011 -- sentenced to serve 12 years in prison and five years' extended supervision. As part of his sentencing, he was ordered to have no contact with the victim or her family.

She indicated in September 2018 her mother received a letter from Moseley, with the Racine Correctional Institution listed as the return address. Inside the envelope was a second envelope addressed to the victim. A card inside the envelope read as follows:

"When I got back here and I replayed in my mind what you requested on the telephone, I decided that the 'Restorative Justice' program isn't really what you are looking to receive. You said that you just wanted to talk to me. The 'Restorative Justice' program really won't allow us to talk to each other. So I'm taking a chance and offering you 3 ways to communicate with me. First, you may write to the following address: Racine Correctional Institution, Timothy Moseley, 566117 Dane East, P.O. Box 900, Sturtevant, WI, 53177, or you may send me your telephone number and I will call you. (We can't receive calls here!) or you may fill out the enclosed visitor form and send it to the address on the front of the form and in four to six weeks you will be allowed to visit me. My visit days are all the odd numbered days: 1, 3, 5, 7, etc. Once I get the approval, I will let you know when you can visit. You will need to use the name on your license for your visit form. I'm guessing you have a good thing going for you and you are looking for assurances for the future. I'm sure that I can give you what you want, but I'm going to need something from you in return. Signed Tim."

According to the complaint, the victim said she felt threatened by Moseley and felt he might have been trying to intimidate her. She noted Moseley had exhausted all of his appeals in court, and she was afraid of what he would do next because of the connections he had from being a U.S. Marshal. She said she feared for her own safety and that of her family.

In December 2018, the complaint said the victim received another note from Moseley, reading:

"I sent your mom a card in September 2018, outlining three ways we could communicate with each other. Since I haven't heard from you, I can only conclude that you no longer want to speak with me. I hesitated to contact you at your new home, as I don't want you to freak out. I chose to contact you as I am a desperate man. The mother of my three children is dying from stage 4 melanoma that has invaded her brain. The doctors are saying she only has a few months to live. My children need me! I'm asking you to do the right thing and to tell the truth and set me free. The statute of limitations has run out on any possible perjury charges, so you can't be prosecuted for perjury. Do it smart! Hire a Wisconsin attorney you trust. Make an appointment with the Milwaukee County District Attorney, John Chisholm. Tell him our relationship was consensual and that I did nothing wrong. You lied to me to get me into trouble. Tell Chisholm he needs to let me go free. Then inform him that you have a press conference scheduled to let the public know what you did and apologize to the city and to me. That's all you have to do. One long day for you to ensure a lifetime of peace. Once I am set free, I will be moving to Wyoming and you will never have to worry about me ever again. If you get started right away, I could be home with my kids by Christmas. For that I would be eternally grateful. Thanks! Signed Tim."

The victim said she contacted officials at the prison in Sturtevant when the first letter arrived in September 2018, but never heard back. She said receiving the second letter left her "very concerned," and she indicated she had "no idea" how Moseley got her address.

Prosecutors said Moseley was arrested after the victim accused him of domestic violence, and while searching his apartment, investigators found handcuffs, rope and other items associated with sexual bondage. His computer, camera, external hard drive and CDs were seized and searched, and revealed nude photos of the victim and several nude photos and videos of another woman.

The second woman said Moseley forced her into a sexual relationship by threatening her job, and said he was abusive throughout their relationship. She said on one occasion, she drank coffee Moseley gave her, and passed out. As she drifted in and out of consciousness, she was handcuffed, blindfolded and nude photos were taken.

He was charged with eight counts of possessing nude photos without consent out of Milwaukee County in 2010.  His primary defense was that this was a consensual relationship and the photos were consensual.

He appealed his conviction and the appeals court affirmed the trial court's decision to convict him. The Wisconsin Supreme Court denied his petition for review. He then filed a petition for a writ of habeas corpus in federal district court. The district court denied the petition, but granted a "certificate of appealability" as to whether Moseley was constitutionally entitled to have the court review the victim's records related to her mental health and memory -- and that appeal followed. The district court's denial of Moseley's petition for a writ of habeas corpus was ultimately affirmed.

Moseley was in court on the new charges on May 7 -- via video conference. The hearing was adjourned until May 15.