Mukwonago Angels of the Road Ride for Veterans

A special ride in Mukwonago worked to honor those who fight for our freedom, raising awareness and money.

MUKWONAGO, Wis. - Some veterans who return from combat find they can escape the stresses of war on the seat of a motorcycle. A special ride Sunday morning, Sept. 12 in Mukwonago worked to honor those who fight for our freedom, raising awareness and money.

Sunday morning marked the fourth annual Angels of the Road Ride for Veterans fundraiser, which supports two veteran nonprofits, Hogs for Heroes, and Wisconsin Hero Outdoors. Both groups focus on helping those suffering from PTSD get back to a normal life in society by making them feel like they are part of the world again.

Some riders say this year’s event held special meaning. Happening a day after the 20th anniversary of 9/11, it provided a chance to reflect. 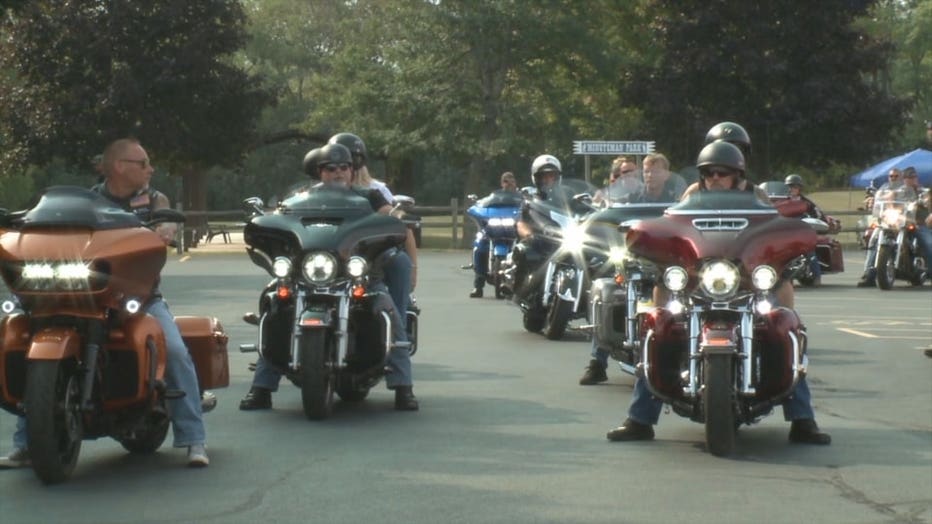 "Never in my lifetime did I think I would see anything like that on our own soil. Our brave military fights nonstop to protect this country, and when an incident like that happens, it is devastating to me," said Michael Vaudrin, Sons of the American Legion volunteer.

Organizers report a total of $40,000 raised at this year’s event.

Aaron Rodgers opened up about what he was thinking as he believed he deserved more of a voice in the personnel decisions the Green Bay Packers' front office made.