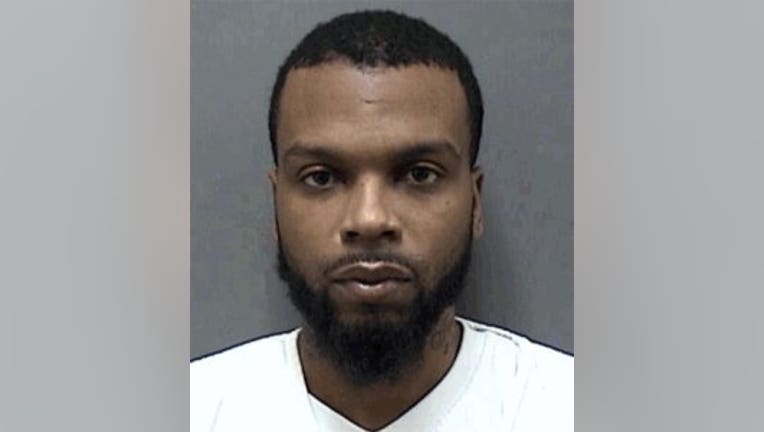 RACINE -- A Mount Pleasant man is accused of fleeing from police as well as being in possession of marijuana. The accused is Jordyn Turner. Turner, 27, faces the following criminal charges:

According to the criminal complaint, a police officer was sitting in a squad near Washington Ave. and Memorial Dr. around 1:15 a.m. on May 14. The officer noticed a vehicle drive by that had one blinker that was blinking quite a bit faster than normal. When the car turned the other direction, the other was blinking normal. The officer began a DOT records check on the vehicle -- and activated the squad's lights. But the driver of the vehicle did not respond by pulling over. The complaint indicates the officer called for backup.

The complaint indicates the officer began to pursue the vehicle. A couple of times during the pursuit, the driver in the vehicle being pursued, later identified as Turner, made like he was going to pull over and flee the vehicle -- but then continued on. Eventually, the vehicle did pull to the curb and stop. The complaint indicates the officer ordered Turner to stop. But the pursuit continued on foot. The officer noted in the complaint that Turner "had something in his hand" which he believed was a handgun. The complaint said "Turner ran in between two cars, turned and faced (the officer) and threw the handgun and his cellphone to the ground." At that point, Turner turned around and attempted to climb a fence. The officer grabbed Turner's pants to "prevent him from going over the fence." Eventually, Turner's pants came off -- and another officer on the scene helped the first officer hold Turner while the first officer deployed a Taser on the defendant. Turner was then taken into custody and handcuffed.

When the officers searched Turner, they found "a black and gray .380 loaded handgun under his chest." Turner's cellphone was also on an active call. The complaint indicates Turner "was trying to talk with his girlfriend while he was laying on the ground." Turner also had nearly $1,300 in a front pocket.

A search of Turner's vehicle turned up "cash, a green leafy substance, which tested positive for THC" as well as "clean empty sandwich baggies, cigar blunts, and cellphones." The officers also found "two containers of fresh-cut marijuana" and "two large buds of marijuana." Turner told the police "they were all smoking marijuana in his car and the marijuana in the center ashtray was his."

Turner is being held on $10,000 cash bond after making his initial appearance in court on Thursday, June 13. He is due back in court for a preliminary hearing on June 20.