MILWAUKEE - The U.S. Marshals Fugitive Task Force is looking for any information that can lead to the arrest of 58-year-old Calvin Durham.

"He has a very long criminal history," said the U.S. marshal on the case. "He is considered to be armed and dangerous."

Durham is known for having a violent temper. Authorities said he nearly took someone’s life in the fall of 2020 when he pulled the trigger of a gun.

"Mr. Durham goes by various names – Calvin, Cavin, Sammy, Sam – he has a bunch of different aliases in the legal system as well as with his friends and family," the marshal explained.

U.S. Marshals said the shooting happened near 27th and Kilbourn.

"Mr. Durham was involved in the shooting in the city of Milwaukee in October of 2020, where he shot an individual who was currently involved with a romantic partner of his," the marshal said.

The victim survived. Durham has been on the run since.

"He has a scar on his nose, `no documented tattoos on his individual. However, that’s not saying he couldn’t have added some," said the marshal. 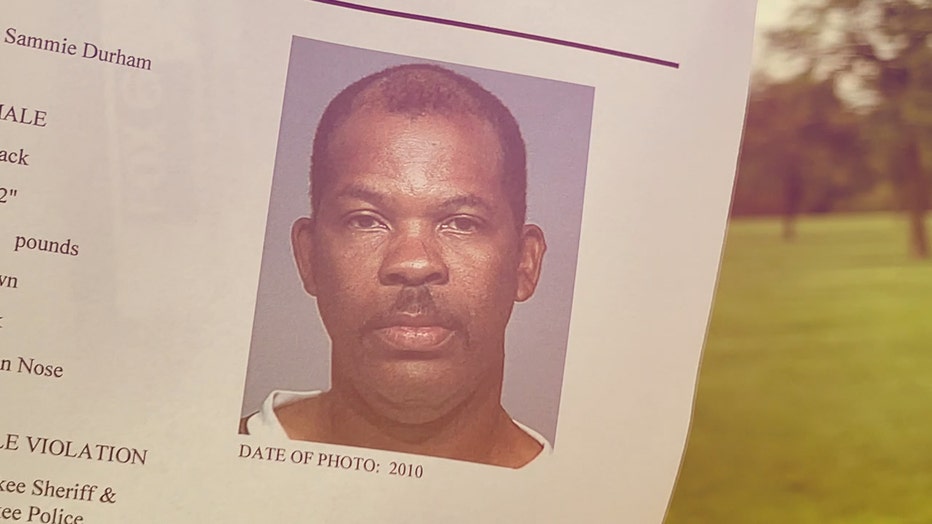 Durham has connections outside of Wisconsin, including the states of Louisiana and Mississippi.

"He can turn himself in anytime if he wishes to do so. We implore the public to give us assistance in an effort to locate him and take him off the streets," the marshal said. "He is an individual who needs to be held accountable for his actions."

A man was shot and killed by police outside a Walmart in Franklin Friday morning, Sept. 3. This, after he allegedly carjacked two vehicles, led police on a high-speed chase and kidnapped one of the drivers while armed with a firearm.

The Wisconsin DOJ announced that no criminal charges will be filed for law enforcement involved in the ultimately fatal shooting of an armed man.