PORT WASHINGTON -- It’s not the kind of problem you’d assume an inmate would be faced with.

Underwood was hard at work preparing for an exam.

“I’ve been here for three months,” he said.

By "here," he meant the Ozaukee County Jail in Port Washington. Underwood admitted he was there because of a string of poor decisions.

“Getting mixed in a bad crowd. Playing with firearms and bad things -- drugs," he said. 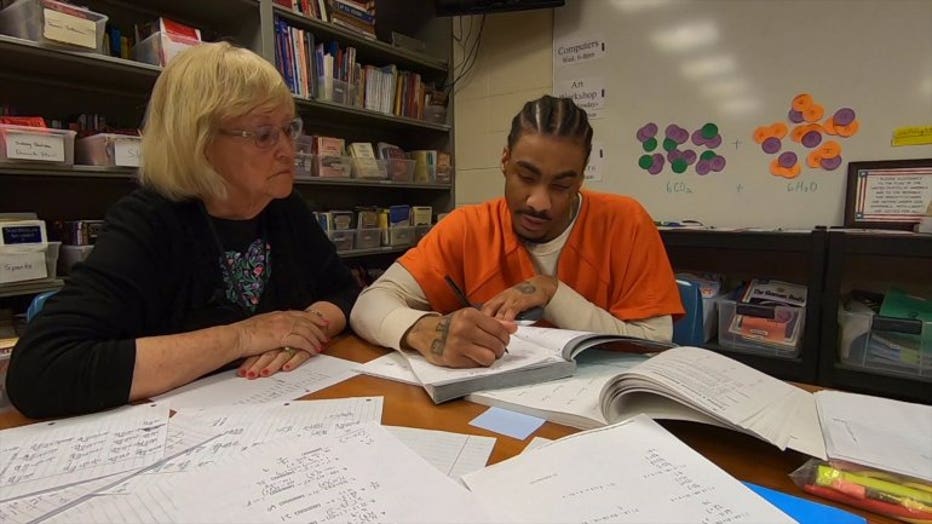 He also admitted something else. He never completed his GED.

A few feet away from his cell, FOX6's cameras captured Underwood in a classroom, learning algebra.

“I think, in dealing with adults like Prince , you come to realize pretty quickly that you should not give up on people," said Donna Gruetzmacher.

“It’s the most rewarding thing I’ve ever done,” she said. “I believe I’m meant to be here.” 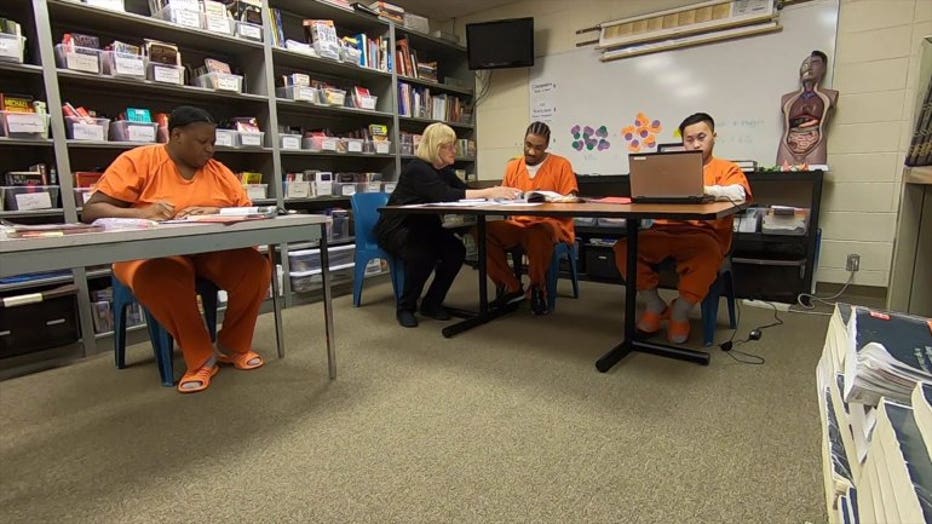 “We push,” Gruetzmacher admitted. "We really push them, because we want them to be as successful as possible for the amount of time they are with us.”

Most are jailed for short-term stays. The program and tests are tailored to each student’s level. Some need more help in reading and writing -- lead instructor Patricia Puccinelli’s expertise. The inmates call her “Dr. P." 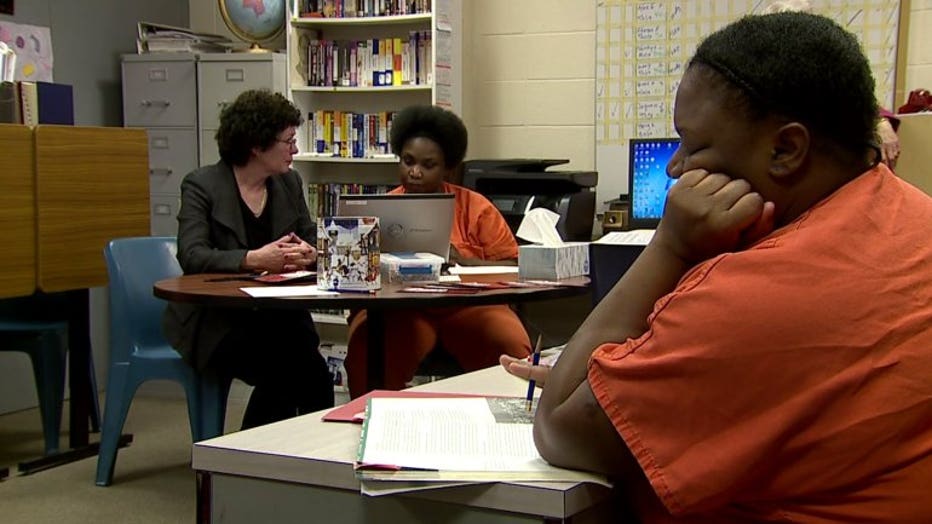 “It is a surprise. To see students come in here who are so ill-equipped -- perhaps with a third grade reading or math level,” Puccinelli said. “We’ve even had people who are barely literate.”

She teaches in the classroom without a guard in the room. 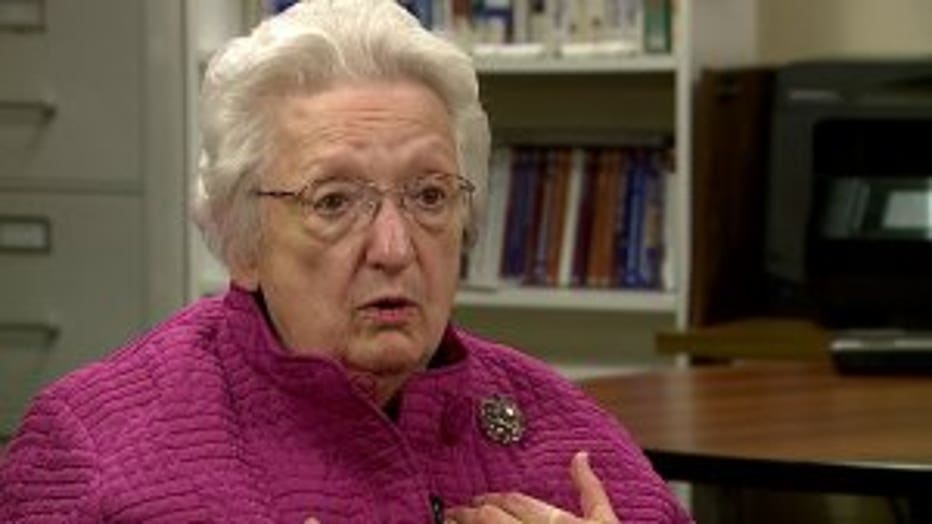 Inmates apply for the classes. Violent or mentally ill students are not allowed. The program is funded through donations. It started back in 1992, when the jail opened, and was founded by retired teacher Nina Walker.

Walker said her program works because it helps inmates at the jail level -- before prison.

“If we can get people to change their decision-making, get an education, get a job and don’t come back here -- we have saved the state a lot of money,” Walker pointed out.

She said taxpayers spend -- at minimum -- $25,000 a year to incarcerate one inmate. Graduates from Walker’s program are less likely to return to jail. The recidivism rate is 44%, compared to the national average of 70%. Program leaders said, remarkably, the graduation rate was 94.5% in 2018 alone.

“We are helping people change their lives. That’s what this program is all about,” Walker said.

That’s why Walker and her team called on state legislators to replicate and fund the program at every jail in the state.

“I feel like, with the record, it might pull me back a little bit. Education will help,” said inmate Alex Jinsky from behind his desk as he studied geometry. 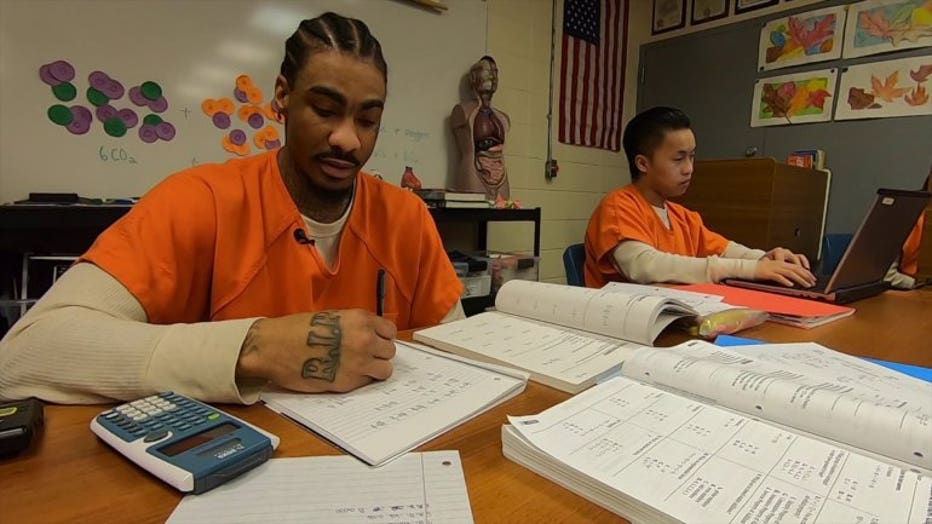 When released he said he hopes to attend college -- something that may not have been possible without the help and support of these women.

“Maybe people who don’t feel like they have such a bright future, they go to school and start doing good then maybe they start looking at life in a different way," he said.

The inmates are also changing perceptions. Underwood said if he had support at home from parents growing up, he may have finished high school the first time around and stayed out of trouble.

Before wrapping up the day’s lesson, Gruetzmacher left us with some memories that truly touched her over the years.

“I’ve bumped into former students from here out. One was at a volleyball game. Her daughter and my granddaughter were playing volleyball against each other. She came up and sat down by me and was so proud to tell me how she had gotten a nice job," she said.

Something else that’s also stayed with her: “I had a student one time who learned how to do math. She looked at me and said, ‘I guess I really am smart.’ I have never forgotten that comment from her.”