Lead pipes in your home

Lead pipes in your home

WAUWATOSA – Several cities in southeastern Wisconsin have homes serviced by lead lines. They include places like Milwaukee, Whitefish Bay, Shorewood, Racine and Kenosha. Drinking water contaminated by lead can be dangerous especially for kids, but it’s up to you to find out whether you’re affected.

Jessie Cannizzaro of Milestone Plumbing says identifying a lead pipe is easy if you know what to look for. 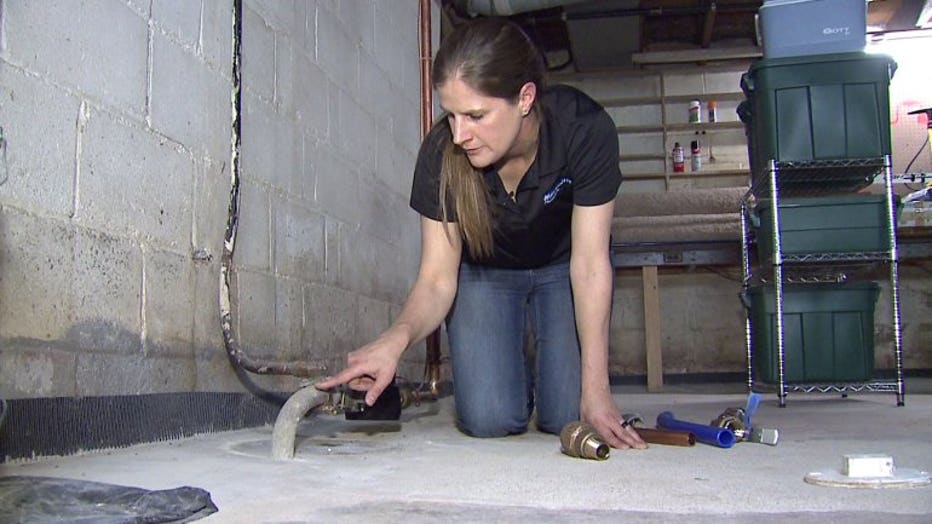 
“So this is the characteristic gray color,” Cannizzaro said. “They are prone to leaking.”

To find the pipes, start by going into your basement or the lowest level of your home. Then, head to the side of room that faces the main road. 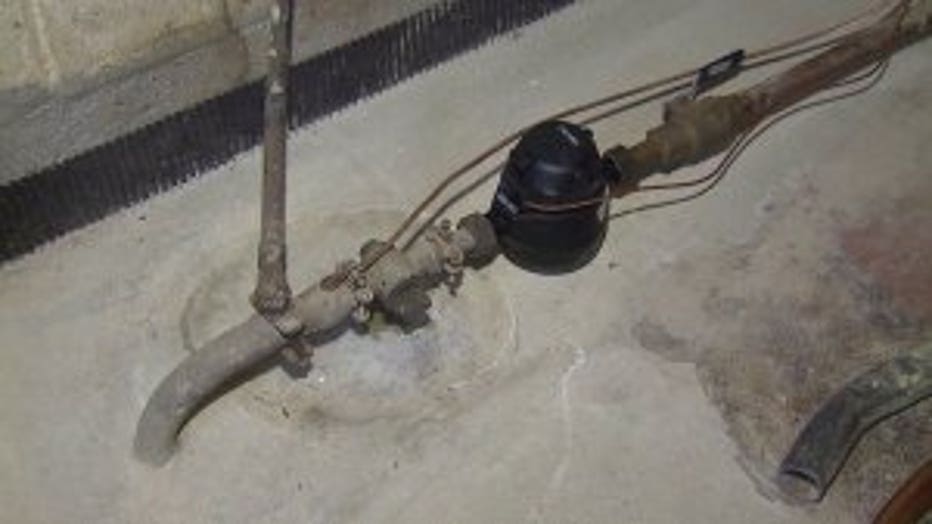 Cannizzaro says to look along the foundation for the water meter. It’s usually black with a dial in it.

“Sometimes this will be hidden inside of a closet or it will be inside of like, a hutch,” Cannizzaro said.

Most water lines run up through the floor to the water meter. In the home Cannizzaro showed FOX6’s Contact 6, the pipe was made of lead.

“So this is our characteristic lead color, so we're going to see the gray. It's gonna sometimes have weird ends inside of it and be a little bit more malleable,” Cannizzaro said as he described the pipe.

Chances are if you have a lead pipe in your home, you also have lead lines running through your yard connecting to the street. 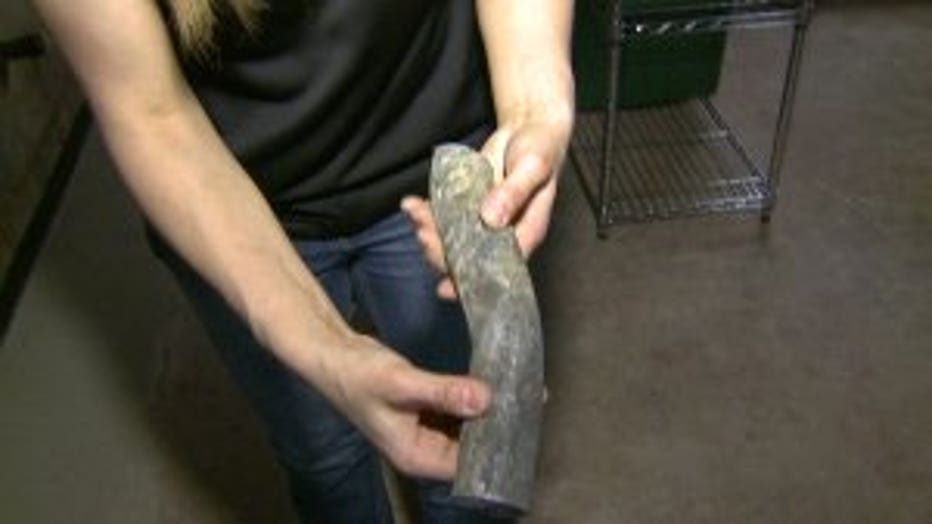 “So, most homeowners never actually see this,” Cannizzaro said.

Many water utilities add phosphates to their water to act as a protective barrier between lead pipes and the water supply. Problems arise when a pipe is disturbed like during construction. Lead particles break off into the water causing lead levels to spike.

“I think just being aware is number one. Number two, I think being cognizant of knowing that you will have to eventually do something,” Cannizzaro said.

It’s easy to distinguish a lead pipe from the alternatives. 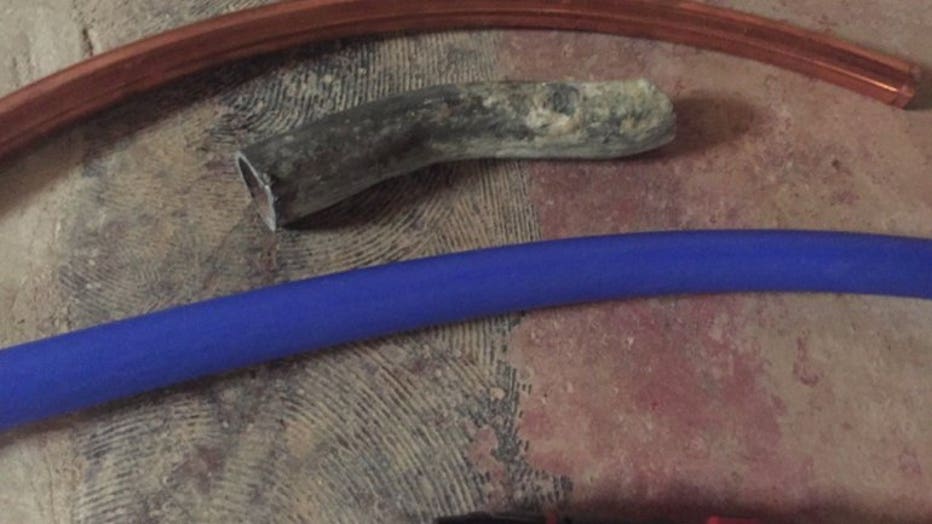 Many homes will have copper pipes or blue poly-tubing instead. Sometimes you may find galvanized steel.

“If you just take a picture and you send that to any reputable plumber, they're going to be able to tell you what it is you're looking at,” Cannizzaro recommended.

In the city of Racine, grant money is available to homeowners who choose to replace their laterals during already scheduled street projects.

“As we're replacing out lead lateral, we would like them to replace their lead lateral,” explained Keith Haas of Racine Water and Wastewater Utilities.

Some Racine residents have already taken advantage of the offer.

Racine officials estimate about 10,000 homes in the city have lead service lines – though there’s no way of knowing for sure.

Cannizzaro says replacing lead pipes in your can cost several thousand dollars. Another option is installing a reverse osmosis system.

“That gets installed either underneath a cabinet or down in the basement with a single line that's brought up,” Cannizzaro explained.

One downside, the system usually only attached to one faucet – often the kitchen. However, it’s not nearly as expensive as replacing all pipes. 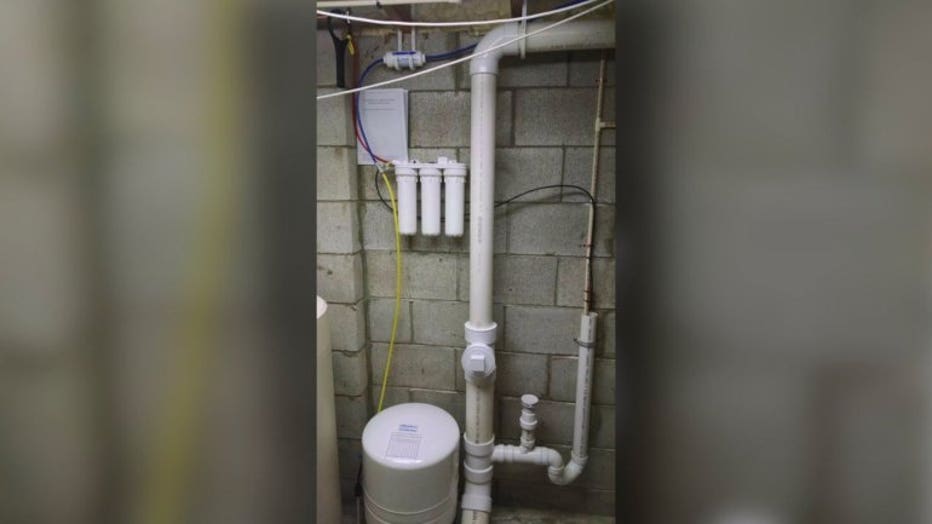 “You can have an RO system installed for I would say, roughly between 600 and 900 dollars,” Cannizzaro said.


If you’re handling lead pipes, be sure to immediately wash your hands because you don’t want to get any dust particles in your mouth.

Older homes are more likely to have lead lines. If you live in a neighborhood with several older homes, one idea to save money is to coordinate with your neighbors to get lines replaced at the same time. You might be able to get a deal if you seek estimates as a group.