MILWAUKEE -- A 4-year-old child underwent surgery after swallowing magnets from a popular toy. In a public post that's been shared on social media thousands of times, the boy's mother says her son had part of his colon and intestines removed after consuming 13 tiny magnets from the toy. 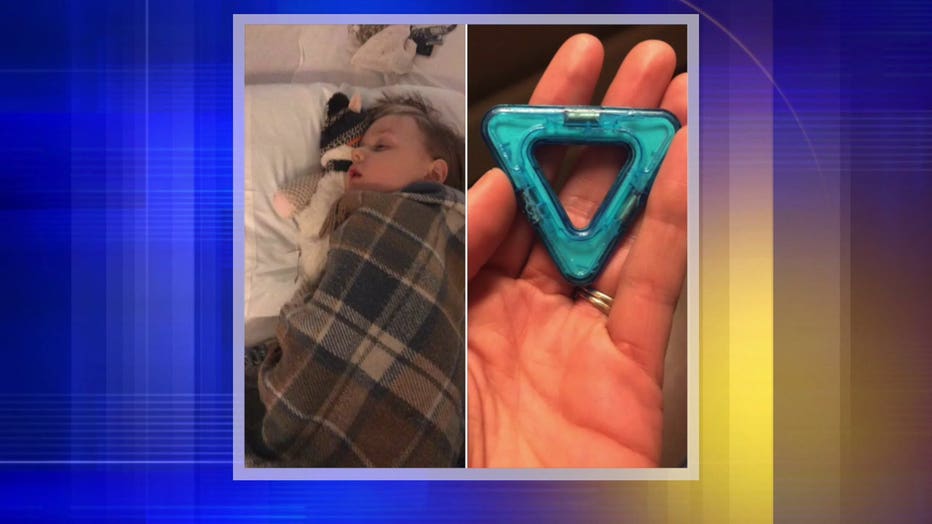 In a phone interview with FOX6 News, Jennifer White of Appleton, told us about the incident that started it all.

"We noticed on Christmas Eve, he wasn't feeling very well. I thought he had caught the flu." White said. "He did start to vomit and it was a very dark color and at that point... we knew that there was something going on."

The mother wrote on Facebook she feels "guilty" and "horrible" but she doesn't want to see another child go through this.

"The mom guilt is huge because you feel that you failed your child," said White.

According to a now viral Facebook post, he ingested 13 tiny magnets and the surgery was to remove part of her son's colon, intestines and appendix.

The boy's mother said the magnets created holes and an infection in his intestines. He's being watched for infection and still considered at high-risk.

"The magnets appear to be stacked on top of one another," said White. 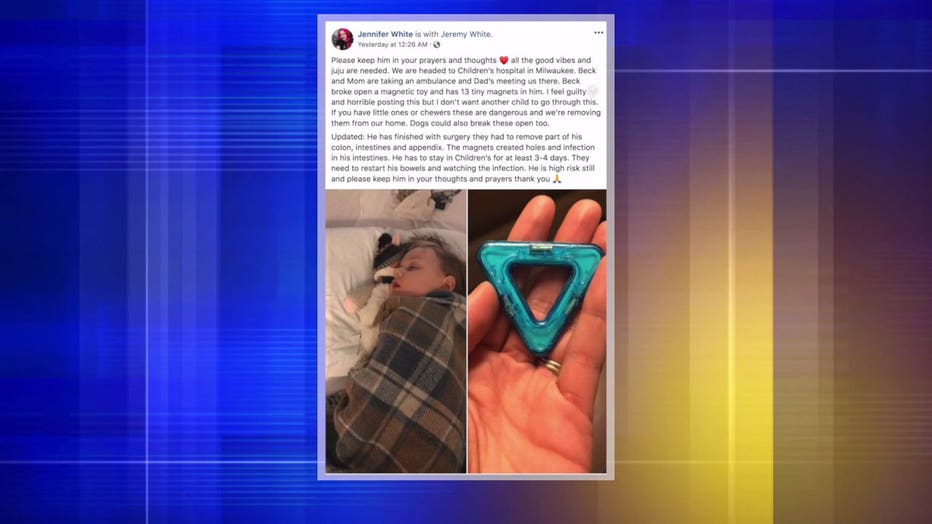 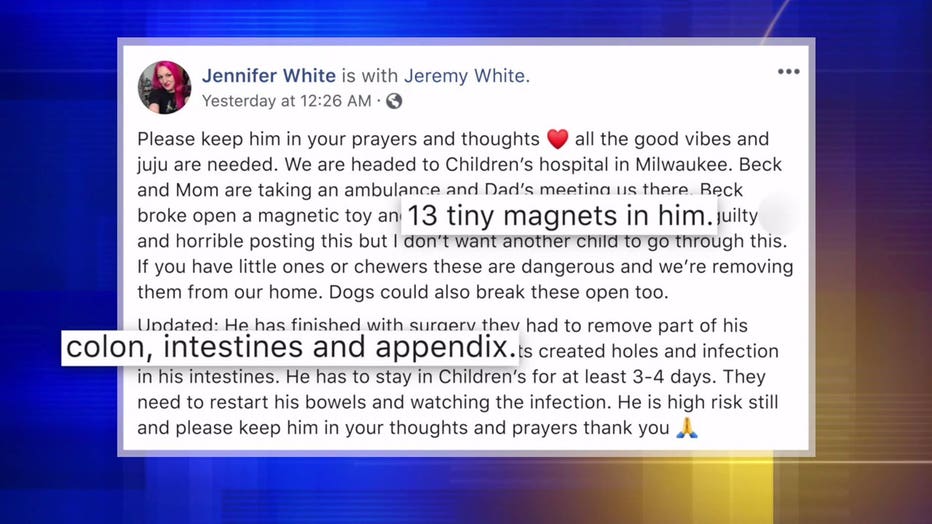 The boy's mother also posted a photo of what they toys looks like. She wrote they are "dangerous" for parents with children that are "chewers." She feels dogs could also break them open. 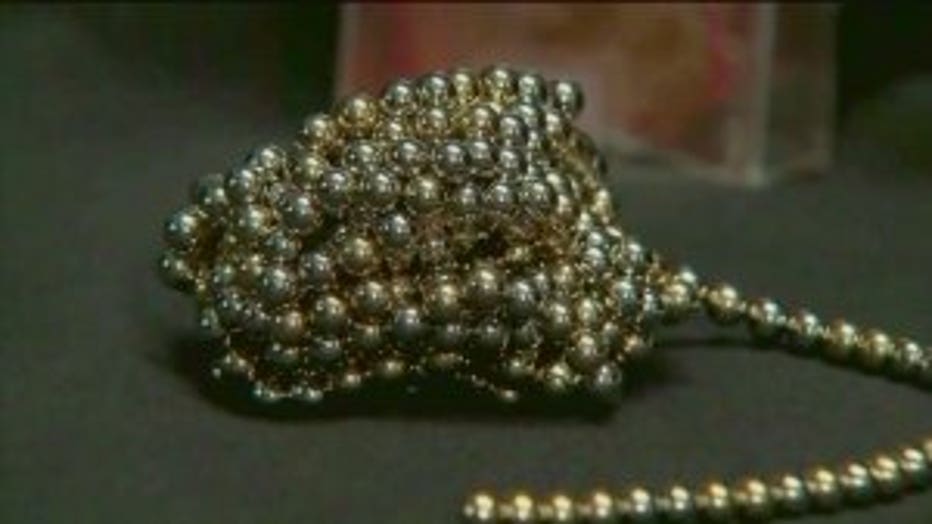 The dangers of magnetic toys are something the American Academy of Pediatrics (AAP) have alerted pediatricians about. When the magnets are swallowed they can pull together with enough force to cause serious and life-threatening damage to the digestive system.

"I don't want another mother or father to go through this. It was such a simple toy," White said. "We had made sure that he was old enough, the age on the box, I chewed it myself. It sounds crazy but I have special needs children and sometimes you need to go a little extra and I did those things to make sure... If you have them in your home make sure you know when they're being played with, don't let the kids have them by themselves."

White says there are multiple brands that sell magnetic toys similar the one she had in her home. She says the box read "for children three and up."

Symptoms of ingesting the objects include abdominal pain, vomiting and fever. Health officials say it is crucial parents be aware of the internal damage these magnets can cause.